In THE CONVERSATION, Gene Hackman plays Harry Caul, a surveillance specialist who's been hired by someone referred throughout the film as "the director" to essentially spy on a young couple he knows nothing about (the female of the couple being played by Cindy Williams of LAVERNE AND SHIRLEY fame), record their conversation, and subsequently turn the tapes over to the aforementioned director. You'd think it would be a quick and easy job for Harry, who's regarded as the best "bugger" in the business by his peers, but once he listens back to the initially distorted tapes and realizes that there may be murderous conspiracy involved, his conscience comes into play and the desire to intervene becomes overwhelming. 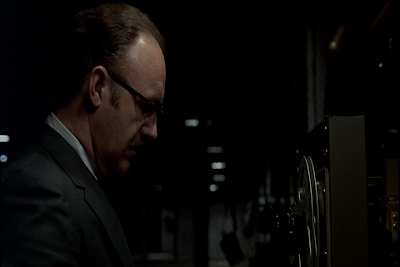 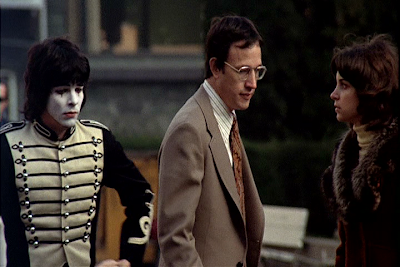 THE CONVERSATION features a great supporting cast, including the late John Cazale, who only made five films before his untimely death, including this one. Also appearing in the film is a young Harrison Ford, who plays the suspicious assistant to the mysterious "director" and the point of contact for Harry. The fact that Ford's character tries to acquire the tapes behind the director's back doesn't make things easier for Harry, who seems to be a naturally paranoid person and incapable of trusting anyone because of his line of work. There's a nice surprise towards the end when the identity of the "director" is revealed, as he's played by someone who, like Cazale, is no stranger to Coppola films. 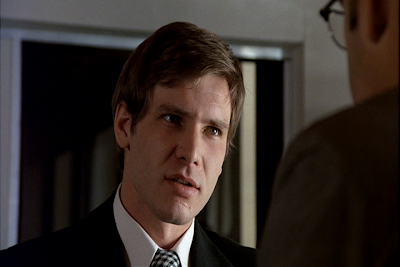 Like any well-done film in which the theme of voyeurism is prominent, THE CONVERSATION has moments that can be considered very "meta". In watching the film's voyeur, we too become the voyeur. The film definitely plays on that idea, especially during the final scene which is kind of anti-climactic in the context of the film, but nonetheless an interesting conclusion that seems to break the fourth wall in a clever way. Because of certain filmmaking techniques utilized in THE CONVERSATION, and keeping in mind that I was more of a voyeur than a viewer at times, I often questioned the legitimacy of what I was seeing and/or hearing on screen. The overwhelming sense of paranoia on the part of Hackman's character seemingly transcends the film. 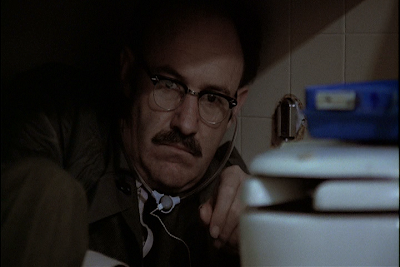 There's not really much else to talk about. Hackman's performance is great, Harrison Ford is indeed a handsome bastard, and it's a psychological film of the highest order. Very few notes were taken during the duration of the film because of how busy I was paying attention to what was going on. This is something you watch if you want to see some damn fine American filmmaking. Plain and simple.

Most Valuable Thing: When reviewing films for this blog, I rarely cite the director as the "most valuable thing", but in this case I make an exception without hesitation. Francis Ford Coppola put together a hell of a psychological thriller and that's all there is to it. 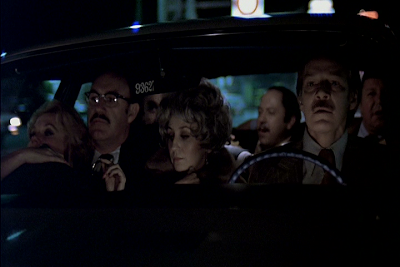 Make or Break scene: I was sold right from the beginning, but if there's a scene(s) I'm particularly fond of it would be a "wiretapper" gathering of sorts that took place following a surveillance convention. Harry and some of his fellow professional eavesdroppers talk shop while getting liquored up and behaving rather immaturely. It's a very real, non-Hollywood scene that portrays these surveillance specialists as blue collar, working class people, when in fact they're far from it. As anyone who's partied with co-workers on a regular basis knows, the desire to talk shop sometimes becomes unavoidable because "work" is the one common ground that everyone shares. This scene in the film captures it perfectly.