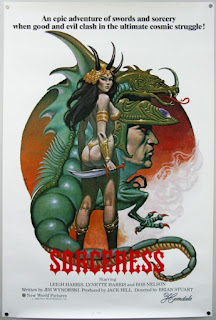 The Corsican Brothers is a story by Alexandre Dumas which first saw print in 1844.  In it, the brothers de Franchi, Louis and Lucien, are former conjoined twins who still share a bond that allows (you could argue suffers) them to feel each other’s pain.  If this sounds familiar, it should.  The idea has been adapted to numerous ends over the years.  Of course, there is the eponymous 1941 film starring Douglas Fairbanks Jr (and it should be stated, cinematic adaptations of the novella go back as far as 1898 according to my research), as well as the comedic reworking from Cheech & Chong (of these two, this is the one I’ve watched, for better or worse).  Then there are the maleficent twins Tomax and Xamot from the G.I. Joe cartoons, comics, et cetera.  Even the classic children’s educational show The Electric Company got into the act, though the brothers were renamed Miguel and Ramon and taught us how to form words using sounds like “ow.”  Outside of the obvious comic appeal of the concept, the conceit is intriguing.  It shows us, quite dramatically, that the bonds of family, of blood, are stronger than anything else, and this connection can never be severed, despite our possible desire to do so.  Jack Hill’s (aka Brian Stuart, a pseudonym used after a falling out between the director and Roger Corman, the film’s producer; if memory serves, it’s the name of Corman’s nephew, but don’t quote me on that) Sorceress also deals with the core of The Corsican Brothers, though one would be hard-pressed to say that it handles it even half as carefully or intelligently as Messrs. Chong and Marin.

On a sultry, fog-shrouded night, Traigon (Roberto Ballesteros) and his cronies hunt down Traigon’s wife, who has fled with their newborn twin daughters.  Unable to tell which of the two is the first born (this is crucial for Traigon’s sacrificial plans, though not nearly as crucial as you’d think, as we will learn later), the nefarious sorcerer is thwarted by aged magician and martial artist Krona (Martin LaSalle), who spirits the girls away, gives them some ill-defined superpowers, and spouts some prophetic gunk about them being “the two who are one.”  Fast forward to Mara and Mira’s (Lynette and Leigh Harris, respectively) voluptuous young adulthood, where they inevitably find themselves on the path to slay Traigon and stop his plan along with a small group of disparate allies (Baldar, a Viking [Bruno Rey], Pando, a satyr [David Millbern], and Erlick, a barbarian [Roberto Nelson]).

I know I made a big deal about the Corsican Brothers angle, but aside from the constant reference to “the two who are one” (a phrase which characters spout as if it had been drilled into their heads from birth but without any other context than that it’s important; it’s not), there is only one allusion to the psychic/sensual bond that the sisters share.  Of course, it takes place when one of the twins is having sex, and it gives the filmmakers the impetus to have the other sibling writhe on the ground in orgasmic ecstasy (it should be stated that screenwriter Jim Wynorski’s fingerprints are all over this film, this being one of the larger marks left on it).  So, why make the girls be cosmically/mystically conjoined?  Outside of the standard prophecy angle of the Sword and Sorcery genre, the answer is novelty.  More precisely, it’s the novelty of having two beautiful twins who aren’t afraid to doff their clothes in this milieu.  There is nothing going on in this story that in any way expands on this idea of bonding (at least not that I could see).  Fair play, since the film was a financial hit for Corman and New World Pictures, so the absolute minimum you can say is that one, it is distinguished from other efforts in this genre in this regard, and two, the producers certainly knew their target demographic.

To no one’s surprise, I’m about to labor a point, so bear with me.  There is a heavy religious angle at work in Sorceress, and it all starts at the opening.  The twins are being spirited away from religious zealots who would kill them, shades of the story of Moses (no floating them off down a river, however).  Krona is a Judeo-Christian God parallel with his long beard and mane of hair, his simple attire, and his invulnerability to things like fire.  Krona gives the twins to a couple of lowly goat herders to raise, and these two form a correlation to Joseph and Mary, the lowly carpenter and his wife who reared Jesus to adulthood at the request of God.  Naturally, this being a Sword and Sorcery film, Traigon’s religion is considered evil, calling as it does for the sacrifice of a human being in order to attain some nefarious end.  This also circles back around to more Christian references (are you tired of them yet?).  The face of Kalghara (Germaine Simiens), Traigon’s bad deity, is half serpentine, a Satan reference.  The good deity, Vital (Vitara?  I couldn’t tell completely), is a winged, lion-esque creature.  In combination with the sacrificial element of the film, he and the twins symbolize the duology of Jesus, who was referred to at one point as both the “conquering Lion” and “the Lamb who was slain.”  These are not exactly straight lines I’m drawing between this picture and its biblical references (and I would be shocked as all hell if they were overtly intended, but I believe this is likely one of those times when themes and motifs appear unconsciously in a piece of work for any number of reasons).  After all, the film has to satisfy its generic requirements.  But they seemed pretty obvious to me (and I haven’t opened a Bible in decades).  Nevertheless, I don’t recall horny satyrs or horny ape creatures in the Bible, so I could be wrong about all of it.

Sorceress has enough interesting things going on, at least from a visual angle to make it worth seeing.  Unfortunately, it’s also pretty slapdash in a lot of ways, and there are dollops of broad humor that make a pie in the face look like a Lenny Bruce monologue (an ape gets shot in the ass with an arrow, a troop of zombies molest a gaggle of vestal virgins to a “what can you do?” aside from Baldar).  This is the type of film wherein every character will believe absolutely anything they’re told.  Mara and Mira believe they are boys, despite the obvious physical differences (even if they had never seen a man in their entire lives, did they never notice or question the differences between their parents?), and don’t know quite what to make of Pando’s engorged penis (okay, that was actually kind of funny).  Worse, the other characters believe the twins are boys up until they disrobe in front of them.  No one is that naïve.  No one.  Traigon’s whole scheme calls for the virginal sacrifice of the first born of the twins but after she’s been impregnated (huh?!).  One of Traigon’s soldiers commands the girls be taken alive and then commands their deaths not even a minute later.

Still and all, there are things to enjoy, as well (one could argue that the things I just mentioned are some of them).  You get a medieval set of nunchucks.  You get a decent amount of female nudity (and even some male butt).  But more than that, you get a movie that feels like a rollicking, carefree adventure, not so much because you’re glued to your seat following its progression in peaks and valleys, but because you can enjoy the gleefully madcap, thrown-in-a-blender nuttiness that occurs constantly throughout it.  Yes, Sorceress is a mud puddle of a film, but it’s a mud puddle that’s kind of fun to slop around in from time to time.

Make or Break:  Honestly, for this film I have to go with the skinnydipping scene.  It has a little nudity, a little creature effects work, and a little juvenile humor that just about works.  Something for everyone.