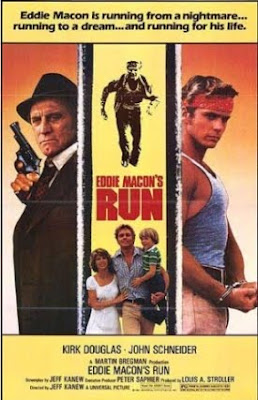 Directed by: Jeff Kanew
Starring: John Schneider, Kirk Douglas
For a movie with the word ‘Run’ in the title, there’s very little actual running featured in the film. Eddie Macon (played by John Schneider) does everything he can to get to the Mexican border. He rides bulls, swims across a snake infested river and does a whole lot of driving but I’d be surprised if he actually ran more than 10 miles before the end credits roll. For running geeks, you should know that he goes with New Balance. 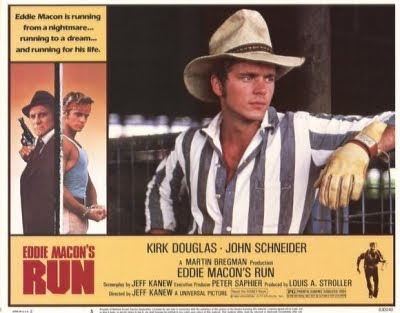 Family man Eddie Macon has, of course, been dealt a lousy hand. He loses his cool and punches his asshole boss (played by a slightly svelter John Goodman). To soothe his nerves, he has a cold one while driving home (who wouldn’t?). That turns out to be not such a great idea, as he’s pulled over and harassed by ‘The Man’. His bad luck continues, as he stands before a judge who must be a descendant of Pat Hingle in Hang ‘Em High. 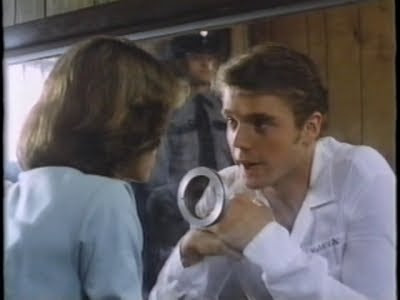 All of this exposition comes via flashback while Eddie is running/swimming/driving for freedom. How did he get out? Well, it all started at the Prisoner’s Rodeo. Wait? What? Prisoner’s Rodeo? Ok, I’m sure it seemed like a good idea at the time. Actually, it makes for a strong setting for an escape as Macon sneaks out on a cattle car. There’s also a connection for writer/director Jeff Kanew (Gotcha!, Revenge of the Nerds), who directed a 1972 documentary about an all-black rodeo in Harlem. I must admit that I never intended to review two Jeff Kanew films in such short period of time. 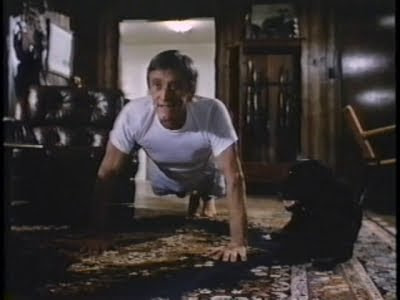 We learn that Macon is being pursued by Karl ‘Buster’ Marzak, played by Kirk Douglas. We learn, through a flashback yet again, that Marzak and Macon have some history, as Marzak nabbed Macon after his first escape from prison, but not before Macon left him with a nasty scar above his eye. Douglas looks as though he’s stepped off the set of The Untouchables, and his outsider fashions may be the reason he doesn’t get all that much help from the local police. 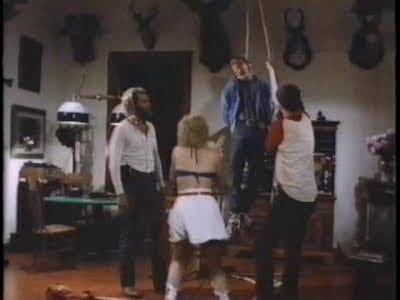 Aside from Marzan, Eddie runs into a few other obstacles along the way, the most troublesome being a pair of redneck brothers played with gusto by character actors Tom Noonan and Jay O. Saunders. This is the film’s strongest moment, as Macon has essentially stumbled in a Wes Craven film. He flees the house and eventually rescues a woman from being raped (what a guy!). This woman, named Jilly of course, looks like a cross between Molly Ringwald and Linda Blair, so she should appeal to somebody out there. 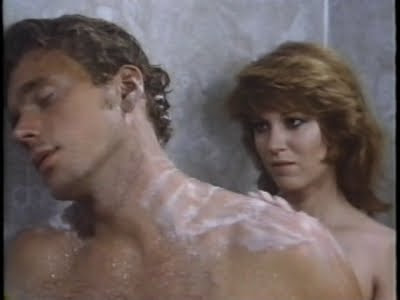 It turns out that Jilly is the niece of either the Governor or a Senator, and has some clout with the local fuzz. She also has a heart of gold and helps Eddie get some rest and relaxation in a hotel. She’s so kind, in fact, that she joins him in the shower and scrubs his back. Wait a minute? Hasn’t Kanew been bashing us over the head with all those flashbacks about how much Eddie loves his wife and child? 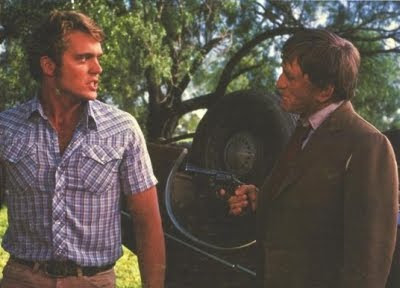 How does it all end? Well, I won’t reveal that now, but you will see it coming from a mile away. Kanew manages to telegraph everything about this movie and kills any possibility of suspense or drama. In the end, we’ve got a film that had all of the potential to be an exploitation classic, but cannot seem to shake its blandness and comes across as a TV Movie of the Week.

Make or Break: It’s a Break for me, and it is Douglas. He seems terribly out of place and his performance does not mesh with the tone of the movie. Kanew should have chosen someone with the 'Southern Fried Sheriff' vibe, perhaps Joe Don Baker. Dishonorable mention should go to the over reliance on flashbacks, as they totally kill the flow of the movie.
MVT: I’ve got to give it to Pa Kent here. He’s quite believable as the innocent man on the run.

Score: 5 out of 10. There’s a lot of missed potential here, but it’s still watchable and quite fun to see some of the familiar faces that pop up.
Posted by Scott M at 1:22 PM