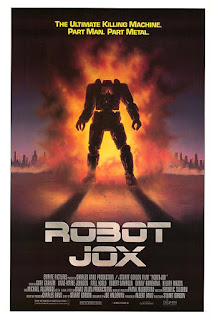 If I’ve discovered one thing about myself in this lifetime it’s that, in the realm open debate, I’m just no damn fun at all.  It’s not that I don’t have my opinions.  I do.  We all do.  However, I seem to have a knack (we could even call it a penchant) for being able to empathize with the other side of an argument, even if I in no way agree with anything that’s being said.  This doesn’t mean that I can be swayed easily, or that I will endorse an opponent’s views.  It simply means that I can get where the opposing opinion is coming from and understand the context of the argument if not the content.  Some would say this makes me a pushover, but I disagree (ho, ho).  I simply understand and acknowledge the idea that reasonable people can disagree and most (but definitely not all) disagreements should be handled calmly and rationally to the extent that the participants can do so.  And this is the reason why I don’t generally get into anything political or religious with anyone on the internet.  There is no respect for the other person’s opinion from what I’ve seen in general, just children flinging poo with every ounce of strength they can muster rather than making any type of effort to come to a consensus (they basic reason for getting in an argument in the first place).  People value their own opinions, and I think that’s just ducky.  But just because you say something louder and more obnoxiously than others doesn’t make you right.  But I’d like to think we are collectively better than that.  Of course, sometimes I wouldn’t mind telling people to just go fuck themselves, either.

Stuart Gordon’s Robot Jox opens in the future, some fifty years after a nuclear war has wreaked havoc with the world.  However, nations still exist (or at least two do, at any rate), and when they have a dispute over territory or anything else, their fighters (called “Jox” or “Jocks”) duke it out from within Brobdingnagian armored systems.  American Robojock Achilles (Gary Graham) watches his friend Hercules (Russel Case) get stomped by evil Russkie, sorry, Confederation Jock Alexander (Paul Koslo).  Meanwhile, Dr. Laplace (Hilary Mason) has developed genetically engineered humans, derisively called “Tubies,” and she wants them to get into robot piloting to prove her work’s merit.  Plus, there’s a spy giving American secrets to the Commies, sorry, Confederation, making them even harder to beat.  And on top of all that, the Reds, sorry, Confederation are disputing our ownership of Alaska, bringing Achilles and Alexander robotic toe to robotic toe in a battle to the death.

It’s been suggested in the past (I cannot recall by whom at present) that the premise of this film is almost exactly how the world should settle all its disagreements (though he/she wasn’t speaking with this specific film in mind, of course).  Take the top executives from the nations who have a gripe with each other, toss them in a pit, and whoever comes out is the winner.  Of course, that would also mean that government would have to be selected on the basis of physical superiority rather than on any type of mental acuity (and add to that a likely high rate of attrition).  So, geo-politics would turn into the singles bar/pageant scene (moreso than it already is), and let’s not even think about the inherent corruption that would fill the void behind the public faces of government.  In this film, the government has proxies in the form of the Robojox, so the politicians don’t have to get their hands dirty (as per usual).  And even though war itself has been outlawed in this future time, the thought of robots fighting out our problems somehow makes the thought of war slightly less scary.  The long-distance annihilation prevalent with the invention of the atomic bomb is off the table.  Everything is reduced to the credo “might makes right.”  If your robot is superior and has a superior pilot, your country will be the victor.  Logistical strategy is out the window, by and large.  Your opponent is in front of you.  Hit it until it can’t get up anymore.

This sense of tactility extends to the control systems for the robots.  There appears to have been a decent amount of thought put into how the robots operate, and it all makes sense from a design standpoint.  What it also does is provide a theme of synthesis between human and robot.  Granted, if a robot’s arm is blown off, the Jock doesn’t feel it, but since the destruction of the robot tacitly implies the destruction of its pilot, their fates are inextricably linked in the same way that the pilot occupies the inside of the robot (it is, after all, a giant metal coffin-in-waiting).

For anyone who is a fan of Japanese anime, the basic hook of this film should feel extremely familiar.  Science Fiction in anime very often has at least one giant robot either piloted by or controlled by one or more humans (inexplicably youthful ones at that).  In Japan, this idea of symbiosis with man and machine is rather old hat and even kind of accepted as fairly normal (but who am I to say it’s not, right?).  Naturally, there are more than enough anime (animes?) with nary a robot in sight, but admit it: when you hear the term “anime,” the first thing you think of is some giant robot kicking the shit out of some other giant robot or tentacle monstrosity.

This synthesis of man and robot can be extrapolated to include “others” in the form of the genetically engineered humans who, at first glance, appear to be the next step in evolution.  In essence, they are people who were grown, embodying only the best in physical traits, but they remain inferior to natural humans, because their thinking has been developed within strict parameters none of which take into account things like luck, intuition, or compassion.  The Gen-Jox also proffer a focus for the film’s commentary on both sexism and racism (unthinkable in the future, I know).  Showing a rather ugly side to his character (and aside from calling them “Tubies” in the first place), Achilles refers to these new people as “manufactured.”  In other words, they may live and breathe and have their own thoughts, but they are worth less than regular humans (sound familiar?).  The Gen-Jox are, in effect, no more significant than a coffee maker or the robot that Achilles pilots.  Intriguingly, the actors portraying the Tubies are all non-Caucasian (or at the very least appear to be) as well, giving the audience the general idea without having to actually point it out.  Adding to and proceeding from this aspect of the film is the lone female Tubie, Athena (Ann-Marie Johnson), who has to not only gain respect despite her genesis but must also prove herself in a male-dominated society and a male-dominated sport.  That she proves herself as worthy as she does is impressive.  That the filmmakers don’t quite allow her to make good on her promise is a bit of a let-down.  But for some of the more progressive ideas brought up in Robot Jox, at the end of the day, it’s a somewhat vanilla affair that manages to succeed well as a Science Fiction/Action film.

MVT:  Much like with The Crater Lake Monster, the greatest thing about this film is the robot fights (not that there are robot fights in that one, but I think you understand where I’m coming from here).  The late, great David Allen’s stop-motion work is fantastic, and the miniature work is convincing, for the most part.  The battles are fierce, and you can almost feel the impacts (that the robots’ armor isn’t able to withstand more than they can is interesting on a contextual level but frustrating on an entertainment level, but still…)

Make Or Break:  The Make for me was what I like to call the “Monkey Bar Scene.”  All of the Gen-Jox are in a plain white room with an asymmetrical metal pipe structure in the middle.  The Gen-Jox are instructed to climb the bars and get through a hole in the ceiling.  Needless to say, it’s more difficult than it appears.  This was a very well-executed scene that worked for me on a narrative and thematic level.