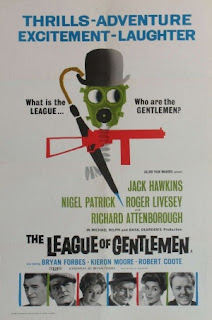 Okay, guys, it’s cards on the table time.  I have been to a lot of gentlemen’s clubs.  I mean a lot.  I have probably spent more money in these sorts of places than I have on my education and wardrobe combined (and if you’ve ever met me, you would find this extremely easy to believe, I guarantee it).  The way these places are typically portrayed on film is slightly exaggerated, though.  They’re usually depicted as dens of inequity, where there are no boundaries, and any woman’s body can be bought, in total, if the price is right.  Not true.  Oh, I’m sure there are places like that out there (though they invite the nomenclature “brothel” rather than “strip club” or “gentlemen’s club”).  I haven’t been in them (or if I have, I never witnessed anything along the lines of illegality).  Yes, really.

The strippers I’ve met were generally nice women simply looking to make a living in a way they are both adept at and out of which they derive some small amount of pleasure (or at least don't entirely loathe).  And even if you did get friskier than you should (and no, I did not, thank you very much), there are ample muscle-bound bouncers around to put you (and the ladies) in check.  I haven’t been in one of these clubs in a long while, but the last time I was in one, the experience was different.  The atmosphere of fun there used to be fun was all but gone (or at the absolute minimum, vastly changed).  I can only assume this is me getting old, finding places and people I used to enjoy have become shrug-worthy rather than exciting.  Perhaps it’s because these places, which used to be avoided by most, have become not only culturally accepted, but just plain cool to visit (remember what Groucho Marx said about clubs and memberships?).  And this is why I come down in the middle if I were to be asked whether I would to like hang out in a gentlemen’s club or with Basil Dearden’s The League Of Gentlemen.  Sadly, either would reach about the same level of fun from my current outlook.

Seven men, at various low points in their lives, receive a copy of John Seaton’s The Golden Fleece with one half of a five-pound note in each.  Heeding the call, they meet with one Mr. Hyde (Jack Hawkins) for a luncheon.  The enigmatic man reveals that they are all ex-military, and, like the characters in the novel he sent them (which, by all accounts [and like its writer], is a fiction invented by either the filmmakers or John Boland, the [real] author of the [real] novel on which this film is based), he would like to plan and execute a daring, daytime robbery with their support.

Primarily, this is more of an Assemble The Team film than it is a Heist film.  The majority of the runtime deals with prepping for the heist and how the men come together to do just that.  The reason for this, to my thinking, is because of the nature of these men.  Being ex-military, these men know about following orders and about the need for efficiency in such an undertaking.  This supersedes the differences over which the men would likely have conflicts.  For example, Stevens (Kieron Moore) is a homosexual, and he winds up rooming with the most heterosexual of the group, Lexy (Sir Richard Attenborough).  However, after a brief offhand remark about keeping the lights on at night, the situation is dropped, and the men get along like a house on fire.  And that’s part of the problem.  The men have very little to overcome in order to become a team, and their pasts do not intrude much to cause complications.  Thus, we are left with a film where the only tension comes in the form of the work the men take on, rather than from issues they have with each other.  This would be all well and good, were more of the film focused on the job, but much of it is following the men around as they cheerfully perform their duties like clockwork (accompanied by an anthemic, march-style score from Philip Green).  It makes for a bit of dry viewing, though it needs to be said that there are also several genuinely funny moments (one of the best being a breezy comment in regards to the status of Hyde’s wife), and stylistically the film’s camerawork and editing performs with the military precision of its characters.  So, in that respect it clicks.

Each of the men has a reason why he is taking on this job.  Porthill (Bryan Forbes) wants the money to escape the life of being a low-rent gigolo.  Rutland-Smith (Terence Alexander) wants the money to escape an emasculating wife.  Lexy wants the money to buy into a lifestyle (and especially the women that come with it) which has eluded him.  As I stated above, however, these issues take a back seat once the training begins.  The reason for this is because it is not the money that these men truly crave.  It is the military lifestyle they used to share which each needs to fill the hole in his life.  All of them were drummed out of the military for one reason or another (and it’s not as if these discharges were unwarranted; one of them even got soldiers killed due to his alcoholism and gross negligence).  But the prepping and execution of the heist allows them to get back into and essentially complete a portion of their lives which had been cut short.  This is exemplified in the scene where the team pays a visit to a military training camp.  The men slide easily back into their military roles, and there is a facile confidence exuding from each of them which was not there when we first met them.  They may need the money, but they want to be military men again (or at least regain those aspects which gave their lives structure).  It’s a primal drive that fulfills their souls, not their wallets.   Without this they would be common criminals but with it, they are brothers-in-arms.

MVT:  The heist is not handled as if it is the most important element of the film, what with each portion of it being carried off with very little kerfuffle to it.  However, it looks exceptional, and the smoke-choked streets, combined with the team scurrying around with gas masks and machineguns, is reminiscent of the classic images we have in our cultural consciousness of scenes of trench warfare from World War Two.  These striking visuals carry the audience over the more pedantic aspects of the picture (though it can certainly be argued that meticulousness is one of the main, if not THE main, draw of a Heist film).

Make Or Break:  The first meeting of The League is a classic of exposition and whetting the appetite.  We get more background information on the characters, while also raising some new questions about them and their motivations.  Further, the scene solidifies the plot, handily, and it does it in a visually interesting fashion (no small feat, since it all takes place in one room; not quite Twelve Angry Men, but still…).