War of the Arrows, easily one of the best action film of recent years, unfortunately seems to be a victim of the North American blanket marketing style of Asian film. If it's an Asian period piece, make it look garish and epic, so it fits right in with the other glut of interchangeable DVD covers in the action section.  This movie ain't what's on the tin folks. The back of the Blu Ray case says in bold letters "A Lavish Epic" -Los Angeles Times, and the first paragraph begins, "Two Dynasties at War. Two Men On A Mission." This brings to mind films like Curse of the Golden Flower or Red Cliff, with many characters, armies and political agendas. Even the overwhelming picture on the back of the case is of a horde of Manchurians on horses charging towards the camera. Granted, War of the Arrows begins this way, almost fooling the audience with a wedding between the daughter of a traitor and the son of a Military General, very beautiful and regal.  But then something happens. Something really bad. It's almost like the film wipes out the concept of a grand epic in one fell swoop and quickly becomes a gritty and brutal survival/revenge story which mostly has people running in a forest for their lives. And holy fucking shit, is it kick ass. - Chris Brown
Dog lovers be warned though, the first 10 minutes of the film could be called "Dog Death Aplenty", when the young daughter and son of a military general who is deemed a traitor by the corrupt king are forced to escape as their father is executed. Lots of savage dogs are dispatched for them to get away unharmed. However, this is an intense scene with children in peril, so I'd be surprised if many people will be rooting for the dogs. And if your cat happens to be watching, they will really get a kick out of this section.
Years later, both children grow up to live in hiding at a village led by their father's friend. The son, Nam-yi (the amazing Hae-il Park), has taken to living in the woods with two friends, hunting and drinking his time away. The daughter, Ja-in (Chae-won Moon), lives happily in the village and has even accepted a marriage proposal from the father's friend's son, Seo-gun (Mu-Yeol Kim). Nam-yi is portrayed as an uncivilized  drunk blow-hard, almost comically, near the beginning, fighting and puking his way through life. However, there is a fantastic scene when he is being dressed down and the audience remembers that this is a man who saw his father executed unfairly as a young man and has chosen his way of life, not because of lack of ambition, but because of his disgust at the system. In one scene the director, Han-min Kim, gets us completely on his side. 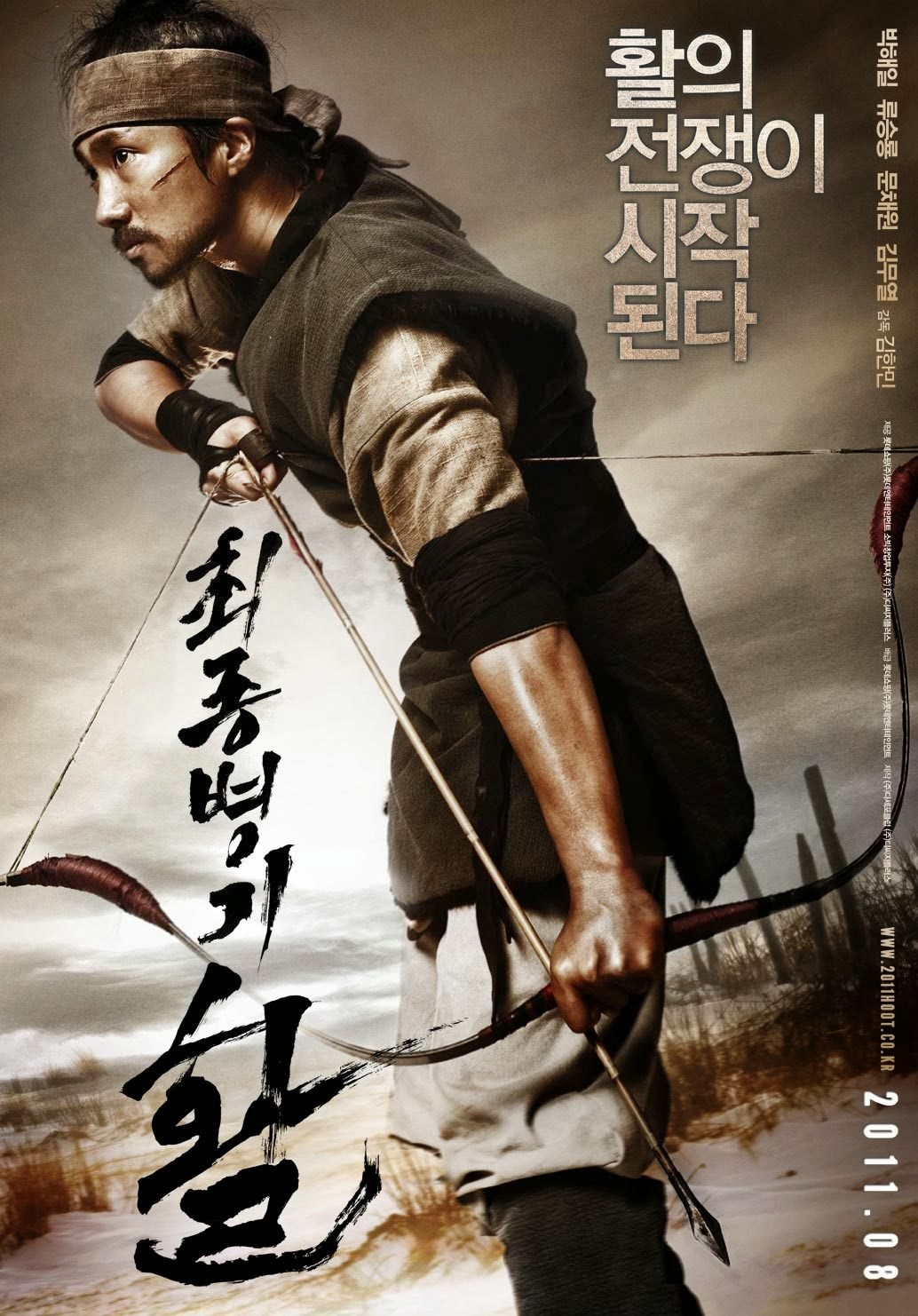 And right as the movie has you thinking, "What kind of conflict is going to arise with this wedding?", shit gets real(ly violent!) when an army of Manchurians viciously, and I mean VICIOUSLY, attack the village during the wedding. Nam-yi is off hunting, and the reveal of the Manchurians' attack, with the slight tremor of an arrow, is very effective. Then, as Nam-yi rushes to the village to honour the oath he gave to his father about always protecting his sister, he runs into the main "baddies" in the Manchurian group. There is the slimy Prince Doreugon (Gi-woong Park), but more importantly, his main henchman Jyushinta, an honourable but ferocious warrior played incredibly by Ryu Seung-Ryong. This is a bad guy for the ages. The rest of the film is closer in tone to Rambo than Hero.
What the film does outstandingly well, other than the action set pieces, is to give every character their moment, so even the villains are human. What is really impressive is that in certain parts of the film, particularly with the forest chases, the Manchurians become the underdogs, and though the audience can certainly feel sympathy for them, they are still firmly rooting for the heroes. Every character feels alive and fresh.
And lastly, there is no way a review can avoid mentioning the action. Some of it brings to mind First Blood, like the incredible chase on the rock cliff (and even the bad guy who is just doing his job) and others might remind the viewer of iconic "hero" moments that can be found in films like 13 Assassins or The Wild Bunch. If you don't rise a little out of your seat at the final showdown your pants are probably covered in an adhesive substance. What the hell were you doing!?
War of the Arrows is an action masterpiece, a film that never lets up and keeps the characters relatable, yet still surprising. And boy can it be brutal at points. Just remember, "You don't calculate the wind, you overcome it.". Kick. Ass.
Make or Break: The wedding scene massacre intercut with Nam-yi's escape. Brings the film to a whole new level that never lets up.
MVT: So hard to decide. I'll say the director, Han-min Kim. I'd seen his previous, Paradise Murdered, which was a hell of a lot of fun, but the way he kept this story moving while giving each character his due in War of the Arrows is quite an achievement. Now I need to see his film Handphone, I heard it's great too.
Score: 9.25. Yeah, it's that damned good.
Posted by Gentlemen's Guide to Midnite Cinema at 2:13 AM