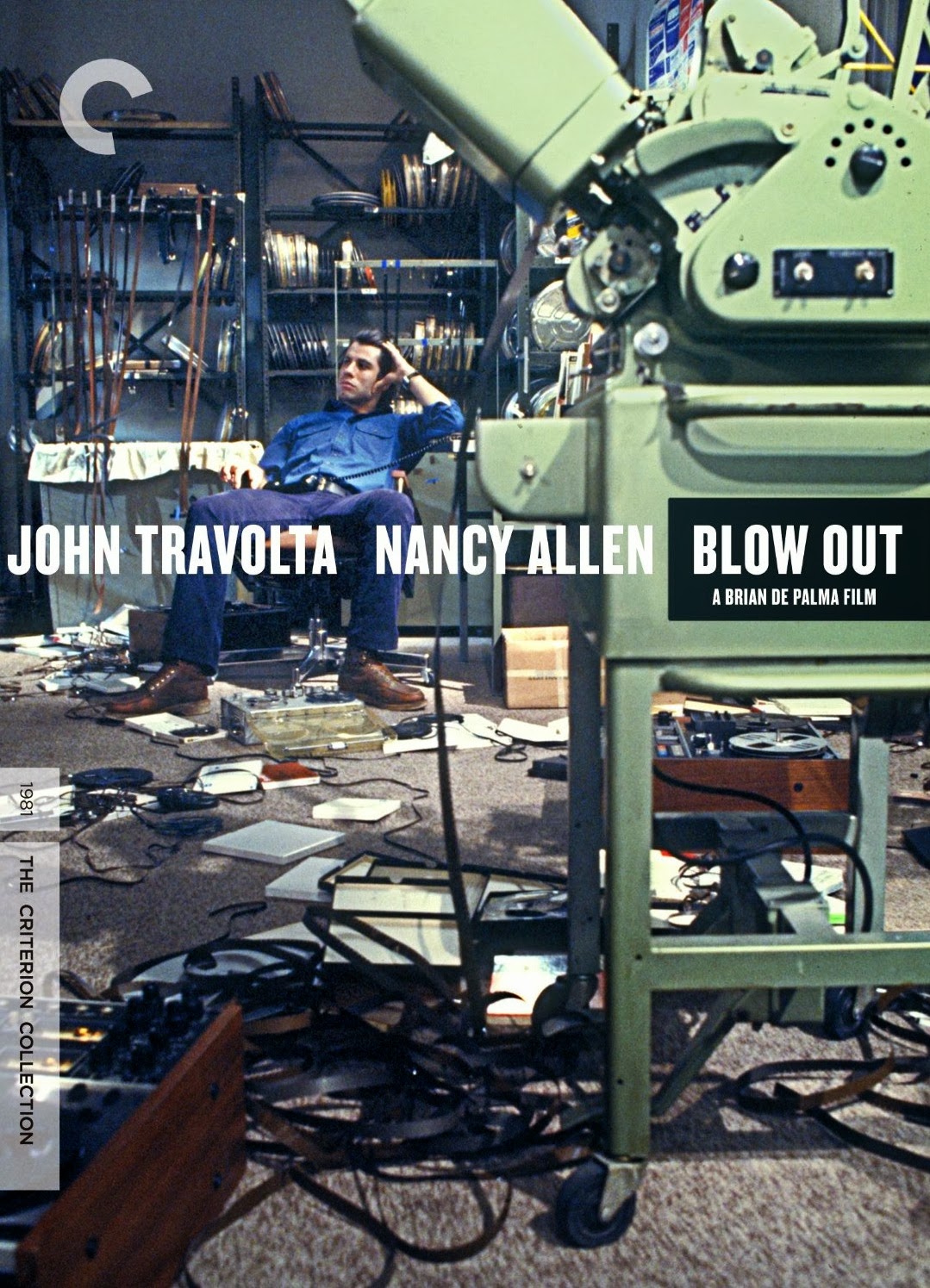 Though I was born in 1971, I cannot even fathom what it would be like to be coming of age in the seventies. The sixties are flat out insane. So many prominent figures, people who are easy to put upon pedestals, sincerely coming from a place of idealism and hope, literally shot down at their peak. Martin Luther King, John F. Kennedy (the fucking president!), Robert Kennedy, Malcolm X, even with John Lennon many years later, you would almost be nuts to to think there wasn't a conspiracy. Seriously, and this is worth repeating, it was fucking insane. However, that feeling of hopelessness and defeat fed into some of the best American movies ever made. The good guys didn't always win, redemption wasn't a guarantee and status quo was a nightmare. How's that for a silver lining?

So, in 1981, four years before Rambo came along to make America feel like Numero Uno again, Brian DePalma crafted a masterful conspiracy thriller/character study. Blow Out, much like Michaelangelo Antonioni's Blow Up begins with a man accidentally recording what might or might not be a murder. In Blow Out's case, this man is Sound Recordist, Jack Terry, portrayed by John Travolta in easily one of his best roles. Jack is working on a low budget horror film (which DePalma opens with, leading to a great punchline. DePalma later revisits this type of opening to great effect in his Body Double) and the director demands he stop relying on the library stock sounds and go record some new effects. While recording in an isolated area, Terry manages to record what seems to be a car driving on a deserted road and having a blow out, leading to it plummet off a bridge. The driver, who happens to be the governor and presidential hopeful, dies on impact,  but Jack does manage to rescue a young female, Sally (Karen Allen) from the wreck, in a fabulously shot underwater sequence. Terry, being a sound recordist, and having an ear for sound believes that he heard a gunshot, but it seems everyone, from the police to politicians want this to be an open and shut case. And that's where Jack's problems begin.

Blow Out follows on the heels of some great conspiracy thrillers from the seventies; The Parallax View, All the President's Men, Three Days of the Condor; just to name a few. What DePalma does to separate himself from the pack, is to mainly focus on a single character, a man who has no political leanings, a shady past and a not so bright future. He is just a guy who works on smutty films, living day to day with not a care in the world. However, when the audience finds out what put Jack Terry in this position, it explains everything we need to know about why it is so important to him to find out the truth behind the politician's "accident". And makes the outcome all the more tragic. Besides being a very intriguing conspiracy thriller, this is a heartbreaking look at a man who gives himself one more chance to be the man he wants to be, with unpredictable results. The last shot of this film will stick with you long after the credits roll.

Even the assassination conspiracy seems to have taken a life of it's own, thanks to a rogue assassin. John Lithgow plays the heartless killer, Burke, who casually commits serial sex crimes to cover his tracks and goes above and beyond the call of duty when hired to smear a politician's name. Lithgow is incredible, playing Burke as someone who is all business, but if he was not in this line of work, would definitely be a serial killer or a telemarketer. Evil! 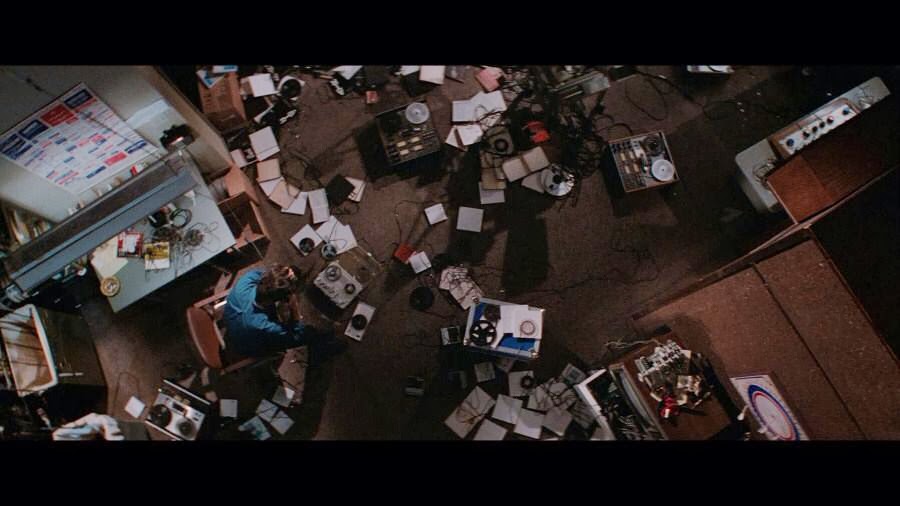 One of the more interesting, and perhaps nihilistic things about the film is the use of technology, particularly, film. It definitely is no mistake that Jack Terry is a sound recordist for "the movies". I think with technology, other than being something for Jack to hide behind and focus on (though he has already been betrayed by it once), DePalma is also making a comment on film, or art in general, being a tool for change. Jack's original quest is to find a scream for a horror queen in an exploitation film, and soon he uses those same tools to uncover an assassination. Is it fitting that DePalma comes from what some might consider an exploitation background and is using his tools in Blow Out to create change? I think so. However, I do not think DePalma has lofty hopes of art changing Jack Shit, and in those final moments, what the technology is ultimately used for would make Gaspar Noe think, "Jesus!". This is also what makes Blow Out, coming late in the cycle of conspiracy films, seem so much more cynical. DePalma has seen nothing change despite the great works that has come before him. Maybe it's best to stick with the heavy breathing, deformed coed slashers.
Blow Out is possibly DePalma's greatest achievement. His "in your face" style never takes away from the story, only adds to it. Right off the bat, with his split screen showing a news program contrasting Jack labelling his sound library after cuing it up on his reel to reel, we see fact and fiction already at war. Even DePalma makes the room have a natural split, so when Jack crosses it in real life, we forget that it isn't a split screen. Fact and fiction are coming together. With terrible results. All of DePalma's tricks, from complicated camera moves to slow motion, enhance the drama or Jack's turmoil. Add to that, Vilmos Zsigmond's beautiful cinematography and there is really no reason not to be watching his right now.
MAKE OR BREAK: The ending. This would still be a great movie without that particular ending, but with it, Blow Out is a masterpiece.
MVT: DePalma. Seldom has he ever reached the heights of this film.
SCORE: 9.5
On a side note, I watched the Critereon Blue four thys philm......oo no, mi brian has stoped worcking. Hoos going too safe this revu...HELP! 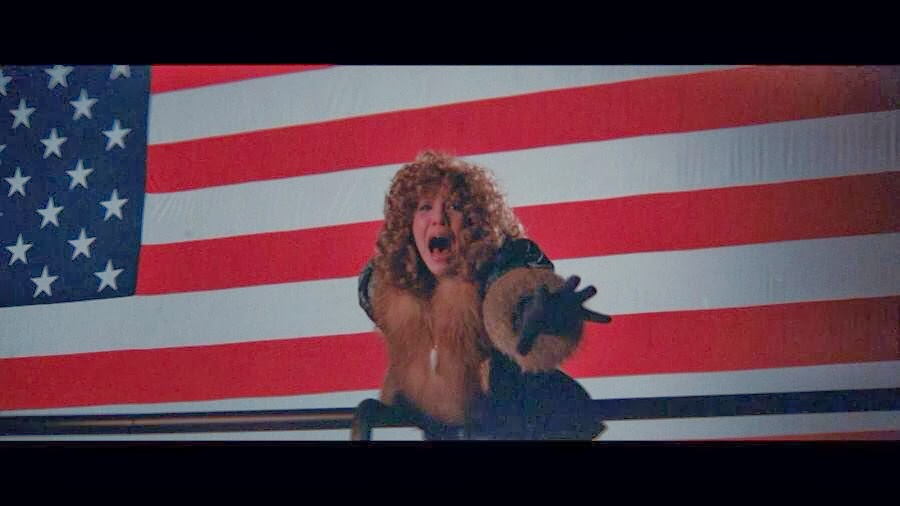 Okay, well, obviously from the awesome review above we know this is an amazing film, but how is the Blu you may be asking ? Let's see what scrumptious treats Criterion has provided for us.

Blow Out is presented in 2.40:1 aspect ratio and looks better than ever. De Palma films usually look good anyway, but Blow Out has 2 very big things going for it. Vilmos Zsigmond and Garret Brown. Now, we all know good 'ol Vilmos, but Garret Brown may be a name you're unfamiliar with, and with this Blu looking as good as it does, he needs to be mentioned. Garret Brown is the inventor of the Steadicam operating system, a system to which this film and thousands more owe TONS to. Thanks to Brown and Zsigmond's beautiful photography this film pops like never before. From the little details of Travolta's sound equipment to Nancy Allen's smeared eyeliner. From the rain soaked streets to the grand finale, this transfer is stunning. There is a perfect layer of early 80's grain that puts you right there in '81. Very sparsely throughout the film there are few soft shots, but this seems to be due the original elements, which it appears Criterion has dealt with to the best of their ability. 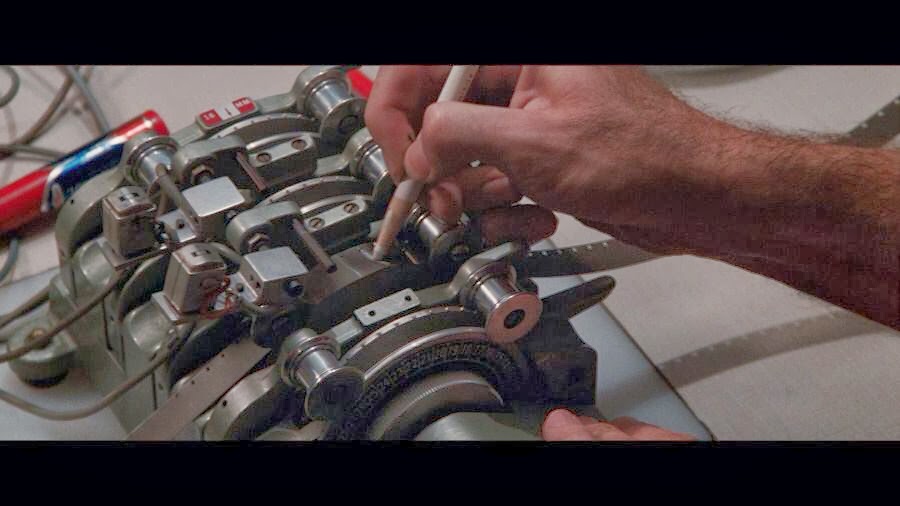 De Palma's early experimental film, Murder a la Mod:
Yup, that's right, you get another full length De Palma film as a special feature. A bit of suspense, a dash of sex and some nice camera work. Yeah, this is early De Palma, and it's guuud. HD/81 minutes

On-Set photos from Photographer Louis Goldman:
This is a set of a TON of great on-set photos. Some are funny, others as beautiful as the actual film itself. Definitely a cool little behind the scenes nugget for the fans.

Interview with Nancy Allen:
Conducted in 2011, this is fun little interview where Nancy Allen talks about meeting Travolta for the first time, working on the film, rehearsals, etc. HD/26 minutes

Interview with Steadicam operator Garret Brown:
Fascinating interview on not only the steadicam shots used in the film, but also the actual steadicam and how it works. Great for us cinephiles that need to know everything about a flick!! HD/16 minutes

Interview with Brian de Palma conducted by Noah Baumbach:
An almost hour long 2010 interview with the man himself, Brian De Palma. This is packed with info on not only Blow Out but stuff De Palma did before and after. This, for me, is the highlight of the special features. Dense with info, definitely check this out. HD/58 minutes

It's kinda obvious this is going to be presented well as it's from Criterion. 99% of the time they hit home runs, as far as presentation goes. The cover features Travolta at his most exhausted point in the film, mid chaos. Tapes and reels are strewn all around him as he try's to figure out this complex mystery. As per most Criterion releases, there is also a very well put together booklet featuring an essay by critic Michael Sragow and Pauline Kael's original New Yorker review.

Criterion has brought us what many would argue to be De Palma's best film in an amazing package featuring stunning picture quality, staggering special features all in a beautiful little package. This is a HIGH recommend. Get you're grubby little hands on it now! 5/5

Posted by guitarbrother at 8:43 PM