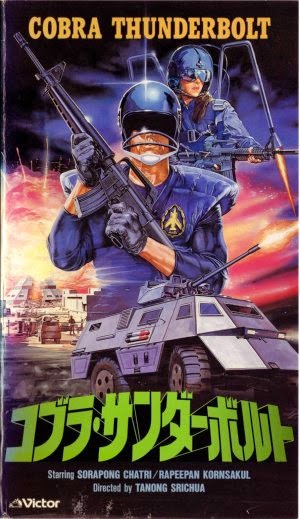 I can still remember the day I got my driver’s license.  It was a sunny, snowy Saturday morning in late 1989.  I had been taking lessons from a local driving school (I’ll leave names out of it so as to spare anybody excessive emotional pain).  These lessons generally consisted of me being picked up by the instructor at my house.  I would then putter around town for about an hour and be dropped back off.  Anyone who knows me at all knows I’m of a rather nervous disposition at the best of times.  Now imagine that sort of personality in the driver’s seat of a car with an equally anxious fellow in the instructor’s seat.  If you remember what Keith Coogan’s character had to go through in 1987’s Hiding Out, this was like that but less jovial.  At any rate, after whatever number of mandated outings with the instructor, we mutually decided it was time to end our relationship by getting me the hell out of his lack of hair.  Since we had a snow storm the day before my exam, I had to drive an extra twenty minutes to the only place that was open for road tests that day, thus forcing us to spend that much more time in each other’s company.  After earning that prized sliver of laminated card stock, my instructor and I headed back to my house.  As I was being released from my bondage, he made sure to register his lack of faith in my then-current level of skill behind the wheel and suggested that I should drive with an experienced motorist for a few more months.  I thanked him for his time, proceeded to ignore his sage advice, and have regretted none of it to this day.  I can’t honestly say I’m the world’s greatest driver, but sometimes good is good enough.  Like this week’s film.

Weapons manufacturer Kang Wan and his mercenary army are gearing up for war from their ultra-high-tech headquarters.  But in order to dominate the world, he absolutely must have the plans to Colonel Dave’s (Krung Srivilai) brand-spanking new battle truck, the ultra-high-tech Cobra Thunderbolt.  Needless to say, Dave doesn’t feel like complying, which forces Kang Wan to resort to more nefarious methods of persuasion.  Dick (Sorapong Chatri), a former soldier under Dave’s command while stationed in Laos, and Dave’s own daughter, Lieutenant Molly, pitch in their own unique skills to bring justice to the power-mad wannabe warlord.

Airwolf, Blue Thunder, the Landmaster from Damnation Alley (this is only a partial list, admittedly), are all part of a lineage of super vehicles that became wildly popular starting in the late Seventies.  Yes, there were vehicles that exuded personality before then: the 1966 Batmobile, Star Trek’s Enterprise, and the Seaview from Voyage to the Bottom of the Sea, just to name a few.  The thing that separates those earlier vehicles from something like the Thunderbolt in my mind is in the relationship between the machines and the people who pilot them.  Going into the Eighties, these vehicles became far more utilitarian in purpose.  They were still tricked out like crazy, but they tended to be rooted in some form of reality.  Their pilots were forthright and steadfast in their resolve.  They were very much men with a mission.  There were exceptions like Knight Rider, but even with that one, there is a sense that Michael Knight and KITT work best together, and that is their strength.  Batman can vanquish the Joker without his car.  Michael cannot take down Goliath without KITT.

Concepts like Cobra Thunderbolt are high tech weapons.  Conversely, their operators need to be old school warriors, because it’s the synthesis formed between the two which creates an optimal efficiency between them.  Like a sniper and his favorite rifle, certain people work better with certain machines than with others.  Dick and Molly understand Dave’s technology, so they’re the best equipped to operate it.  The idea is that putting any old person behind the wheel wouldn’t produce the same results.  There is a (God help me for using this word) synergy that is generated, and even if the personality of the driver is rather blandly drawn (as they most assuredly are here), the effect the two have on screen as a unit is evident.  You could likewise argue that part of why the new tech/old soldier dynamic works so well is due to the stoicism of the human element.  The repression of emotions in service of a goal encourages a smooth interface between human and machine.  This is not to say pilots lack emotion.  They simply exercise greater discipline in controlling and compartmentalizing them than the average person, and some part of a viewer’s mind admires this.

Cards on the table, I am very inexperienced in the world of Thai films, and I have to say I’m fairly comfortable with that.  From what I have seen up to this point, the product can be a real crap shoot.  Thus, I’m okay with letting others traverse the mine field of highs and lows in Thai cinema and then cherry picking what I watch from their reports.  In saying that, I’m also ignorant as to the breadth of strong female roles in Thai films.  Yet, we get two in Tanong Srichua’s (one and only, according to IMDb) film.  Molly is a soldier through and through.  She drives the Cobra Thunderbolt for her father’s tests, and she doesn’t show much in the way of inner weakness.  Her mother (whom I never caught a name for, and while I’m at it, you may have noticed a lack of attribution between actors and characters; Despite my best efforts, these kinds of things tend to be nebulous at best to research on the internet; Yet another reason I’m happy to let others trudge through the murk of Asian film credits) is skilled as a Thai boxer, a samurai swordswoman, and other martial arts.  To her, these skills are more important for a woman than learning to put on makeup.  Between this attitude and the lack of rape-y situations in the film, I found this to be quite refreshing, especially since genre films from this nape of the woods can tend to be rather misogynistic.  Naturally, Molly looks up to her mother because of her strength, and we get the impression she would like to live up to this model.  Nonetheless, unlike her mother, who does maintain a nice sense of balance between femininity and masculinity (though she really doesn’t have tons of screen time), Molly is almost sexless.  She could as easily have been played by a man, and in some sense this could be viewed as a leveling of the field.  Not that the story really gives a shit one way or the other.  The film consists of the sort of coincidental writing which can be seen in a vast array of Asian films of this ilk.  I’ll give you an example.  While Dick is eluding some pursuers, he is picked up by a woman in a car.  Mere seconds later, he spots Dave’s van on the other side of the road (Dave had no idea that Dick would be in this area, or if so, we are never informed of this) and hooks up with his old commanding officer.  The film is littered with incidents like this, but, even if you’ve only seen a few Asian films from this era, it’s not unexpected.  In fact, it’s probably more than half the charm.

MVT:  The Cobra Thunderbolt is a low grade hodgepodge affair of a vehicle (and film), but it is just distinctive enough that it does what it needs to do: it captures the eye and keeps the viewer watching to see what it will accomplish.

Make or Break:  Without spoiling things, there is a major turn around the midpoint of the film.  What occurs at this moment is not terribly surprising (in the sense of genre expectations).  How this moment plays out, however, is not only out of the blue, but also jaw-droppingly over the top, and it actually made me sit up in my chair.  Well played.