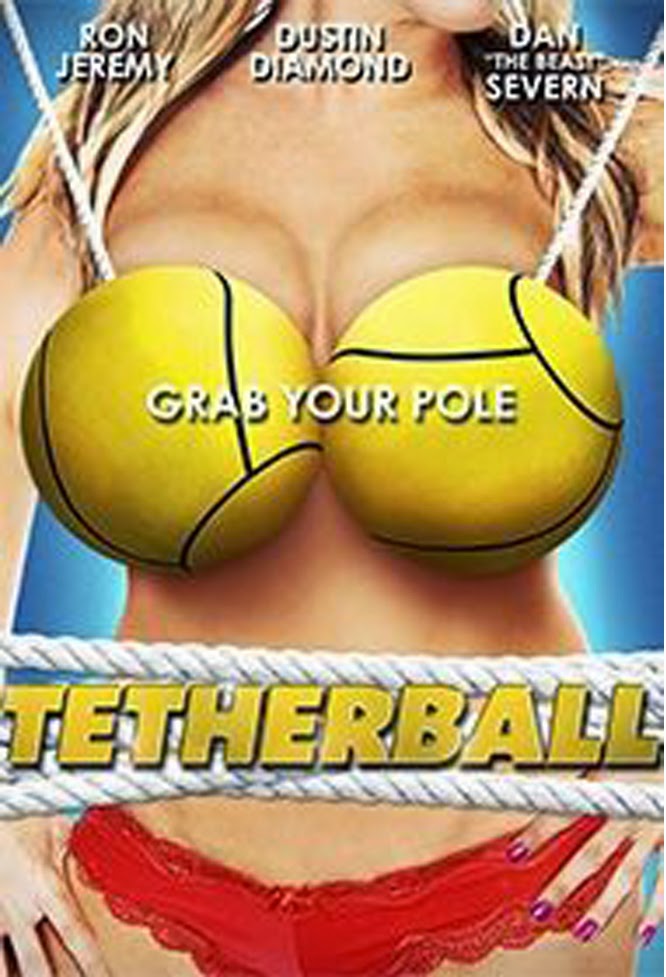 Time for something completely different. This unapologetically crude and amusing film is about three and a half friends who enter the strange world of semiprofessional tetherball competition.

The story follows Zach, Alex, Mikey, and sometimes Joe. Zack is a failed boxer and starting to get tired that his life has not changed since college. Alex is allergic to latex, can only get sexually aroused by women dressed in furry costumes, and has ten to thirteen kids. And Mikey who has been a functioning alcoholic since he was thirteen years old. They all work at a direct marketing company that sells offensive t-shirts and is managed by Joe, Mikey's brother and the only reason they are all employed.

Zach is unimpressed with his life and the fact that nothing has changed since college. So after a night of drinking Zack, Alex, and Mikey end up in a playground at six in the morning and play tetherball to sober up. This leads to tetherball becoming a popular sport on the internet. This also leads to Jack White (played by Ron Jeremy) and his son Vince White setting up a tetherball league.

So Zack, Alex, Mikey, and Joe end up being both sport heroes and internet celebrities. However this has not removed compilations from their lives. Joe becomes estranged from his wife in the most humiliating way possible. Mikey girlfriend wants him to be sober. Alex's negativity could tear the team apart. And Zack is not willing to deal with the reason that made him quit boxing. Also Jack and Vince White are trying to see which one of them Zack will sleep with.

Overall this is a fun film and it is nice to see crude humor that is not mean as well. Unlike anything Adam Sandler has produced in the last ten years. Also Dustin Diamond gave an amusing and strange performance as Coach McAger. This is a great film to rent or stream with a group of good friends and some great drinks. Or if you can't get annoying and very politically correct people to leave, put this movie on.

MVT: The writer took the time to explain how competitive tetherball would be played out. Including how penalties work. It made me laugh.

Make or Break: What made this movie for me is the way it took all the beats and cliches of sports hero's journey and did something interesting with it.