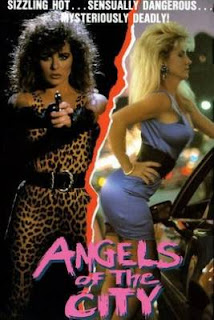 I’m in a pretty crass mood today, so I’m just gonna run with it, and this week’s selection most assuredly abets this.  A learned man (it may have been Friedrich Nietzsche) once sad that pimping ain’t easy.  I would imagine not.  While I don’t know scoot about this career choice, I know that it would have to involve, on some level, accounting, something with which I have only a passing acquaintance.  What’s the tax allowance for birth control and transportation?  Could the whole thing be written off as entertainment expenses?  I would guess that the logistics alone would be murder, too (assuming one offered a delivery-type service).  Who needs how many “friends,” and where, and when?  What if the pimp overbooks?  And I’m sure collections are a whole other pain in the ass.  I had a paper route for about five years when I was a kid, and I can tell you with confidence that many people don’t ever want to pay for services rendered (and that was only about $1.50 per week back then), even when they’re satisfied with them.  That’s if the tricks pay the pimp directly.  Getting the money owed from your “workers” is probably a lot like how the IRS feels when reviewing a person’s tips reported for the fiscal year.  I mean, pimping is almost like work.  Of course, it ain’t easy!

Cinematic pimping, on the other hand, is really easy.  You get to wear great clothes (everything from tailored suits to plumed, fuzzy hats), ride around in nice cars, drink champagne constantly, and be surrounded by hot women who act like you’re the bee’s knees (totally not because of the money or because they’re in fear for their lives, I’m sure).  All you have to do is relax and alternate your moods between threatening and saccharine (the really great thing here is that you can still call absolutely everyone “bitch,” whether they work for you or not).  Pimps in film are arguably more pimp-ian than real pimps.  Just look at Fly Guy from I’m Gonna Git You Sucka versus Iceberg Slim, if you doubt me (alternately, see Roy Scheider’s turn in Klute for something a bit more verisimilitudinous).  You’re basically a gangster, just without the family ties that prove so vulnerable to folks like the Corleones.  So, when dueling pimps Gold (Michael Ferrare) and Lee (Renny Stroud) go toe-to-toe over whose territory is whose in Lawrence Hilton-Jacobs’ (you know him better as Freddie “Boom Boom” Washington on Welcome Back, Kotter) Angels of the City, you know that one of them is getting paid, and the other is getting laid out.

While Gold and Lee hash out their differences, college asswipes Mike (Brian Ochse) and Richie (Rusty Gray) hire a prostitute while wasted.  Meanwhile, their girlfriends Cathy (Kelly Galindo) and Wendy (Cynthia Cheston) are forced to dress up like hookers and collect one hundred dollars off a john (but, hey, it’s still, like, their choice if they want to actually sleep with some guy for it, and stuff) as part of their initiation into the Delta Delta Delta (Can I help ya, help ya, help ya?) sorority.  Never thinking that they could have just gone out for the night and then handed their sorority sisters the money and said that they did what they were supposed to do (because no one is monitoring them), these two idiots get embroiled in the middle of the heated pimp turf war.  After about ninety minutes, the credits roll.

Angels of the City was shot on video, and this is something that can blow up in even the best filmmaker’s face.  Audiences tend to think of one of three things when watching something in a video format: home movies, institutionals, and porn.  One of these things is actually likely to excite a viewer.  Now, I understand that there were and are a great many features shot on video, and some of them are very good, and the format even has a healthy cult following.  I have nothing against it, personally.  My philosophy is that any way a filmmaker can get their vision put together and shown to people, do it.  Nonetheless, I also think that there are standards and a certain level of quality that even the cheapest production needs to have (even if that quality is trash level; there’s still something to be said for it when it’s done right).  Hilton-Jacobs shows glimmers of hope throughout the film.  The basic premise is solid and holds some promise (the idea of buying and selling flesh objects from the male and female sides of the coin, the harsh realities of the streets contrasted against the sequestered safety of college life, the pimp war with the unwitting kids in over their heads/fish out of water element, etcetera).  Some of the set ups and compositions are solid, evocative, and downright professional.  The action is choreographed and edited well enough (though not quite up to the highest standards of PM Entertainment, the erstwhile kings of low budget action cinema).  The big problem is everything else that is not either technical or philosophical.  Read: ninety-five percent of the movie.

With that in mind, then, let’s dig into the film’s faults.  First and foremost, the film is confused about who its protagonists are.  During an overextended college classroom scene (we will come back to this, trust me), the film sets up the two main couples and even possibly a few other students who may take part in the plot.  The scene immediately following this focuses on Mick and Richie slavering and all but high-fiving about fucking (you’ve likely heard guys actually talk like this and just wanted to immolate them).  These two dicks then go to a sleazy motel with Carmen, the hooker they picked up at a bar.  We are then treated to an extended scene of Mick and Carmen doing it in POV, with Mick gurning and mugging the entire time (in my opinion, the only way to save this acting choice would be if Carmen did the same thing; she doesn’t).  Meanwhile, the girls are attending their candlelit sorority meeting, get dressed up like strumpets, and hit Hollywood’s underbelly.  The amount of time spent with the two guys is disproportionate to their importance in the film.  We already got the message that they’re complete douchebags (in fact, the movie goes to great lengths to show us that every male in it is one).  We don’t need to follow their idiotic escapades, since everything following from them is tangential, at best.

Second, Angels of the City follows a pattern of setting Wendy and Cathy running into “colorful” locals and then running away from them.  They are accosted by a crackhead/alcoholic that would make Dave Chappelle wince and are “saved” by Maria, who bums a smoke and then exits (we will come back to this, trust me).  They meet a homeless man who tells them about the hardships of his life and then exits.  They meet some young punk who takes them to meet his gang of juvies.  The girls are robbed before being chased, first by the kids, and then by a large dog (yes, really).  They go to a private club (go ahead and guess what the password is), where Wendy makes out with the owner before he’s shot.  This is in between their various run-ins with Gold and Lee.  What it all boils down to is a very serious lack of coherence and focus on the part of the screenwriters, one of whom just so happens to also be Hilton-Jacobs and none of whom ever got the point of the old saw “a bird in the hand is worth two in the bush.”

Which brings us to problem number three, and the one which contains the most SPOILERS.  This movie juggles tones in nonsensical fashion.  It wants to be a fun exploitation/action picture.  It wants to be a broad comedy.  But worst of all, it wants to be a deep, meaningful treatise on how the dregs of society are overlooked and abandoned.  After the events of their fateful night, Wendy is now a vegetable, and Cathy visits her and tries to talk to her at the hospital.  You know, deep, meaningful shit.  Gold is still after Cathy, and she has a live-in cop guarding her, who, to no one’s surprise, is also a douchebag, and takes great joy in hearing her fight with Richie.  Capitalizing on her vulnerability in the creepiest way possible, the cop has sex with Cathy, and the impression we’re given is that it is the best fuck of her sweet, young life.  Bear in mind, the audience just met this guy.  It is conceivably the emptiest sex scene ever committed before a camera (I am including porn loops in this category) made all the more ridiculous by the emotional weight it’s supposed to have (yes, really; we’re meant to get something out of this aside from various shots of Galindo’s admittedly nice breasts).  Finally, Cathy does her project for the aforementioned Sociology class, where she talks about Maria, the runaway kid who has the entire “shitty life moments” checklist befall her (junkie, hooker, abusive boyfriend, ad nauseum).  This is delivered aurally and visually with all the conviction and meaningfulness the rest of the film has served up ice cold (i.e. none).  Once again, Hilton-Jacobs and company find a way to completely misplace the big dramatic resonance they thought would give this shit show some value outside of its exploitable elements.  Trying to think of something witty to sum up Angels of the City is just fruitless, since I’ve already devoted more time and effort into discussing this turd than it will ever deserve.  Have a nice day.

MVT:  The few moments of professionalism on display.

Make or Break:  Mick and Richie spend some time with Carmen.