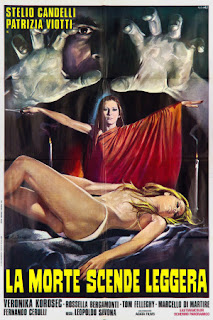 People love anti-heroes (the archetype, not necessarily the band).  People love regular heroes.  People love superheroes.  But the antihero, at least from my perspective, seems to top most people’s lists.  Folks complain that these protagonists in cinema are often unlikable.  I believe this is a specious criticism.  I believe that what people actually mean when they say this is that they find the characters uncompelling, and since they do things which are immoral, illegal, whatever, they are therefore “unlikable.”  Thing is, anti-heroes are supposed to be unlikable.  Snake Plissken in Escape from New York is not a nice, personable guy.  Leon from The Professional is a hired killer.  Tony Montana in Scarface is a drug dealer and a murderer.  Nevertheless, audiences want to follow what happens to them and even (wrongheadedly) model their lifestyles after them.  In part, this is because the lives of anti-heroes are abnormal to our own experiences.  They are heightened beyond humanity, they are calm under pressure, they are (sometimes) more glamorous than our everyday mundanity.  They are fantasies of how cool we wish we were.  This is despite the very clear drawbacks of their lives (getting shot at, murdered, etcetera).

The other part, and I think the more important part, is that there is something about them that we do connect to.  This may not be a redemptive value (like Leon’s rule of no women, no kids and his caring for a child in peril), but it has to be a human value.  We get the ultimate emptiness of Montana’s naked ambition, and we sympathize for this man because he got what he wanted but not what he needed.  The best anti-heroes are flawed (often deeply), but there is something of ourselves that we discern in them, an honesty, no matter how oblique.  This is why we want to follow Giorgio (Stelio Candelli) in Leopoldo Savona’s Death Falls Lightly (aka La Morte Scende Leggera).  He’s a drug trafficker, but he’s also unjustly persecuted (or thinks he will be, not unreasonably), and this is something most people have felt at one time or another (just maybe not for homicide).

Returning from Milan, our protagonist discovers his wife murdered.  Exploiting his political connections, he and his girlfriend Liz (Patrizia Viotti, a beauty who died far too young) are whisked off to a purportedly empty hotel while his friends concoct an alibi for him.  Things take a turn for the weird when the couple’s isolation really kicks in.

Savona’s film depicts a cynical world.  Giorgio thinks nothing of the life he leads.  He thinks nothing of cheating on his wife (despite his later declaration that he was divorcing her), stating that, “Marriage is a mistake,” as if that applies to all marriages.  He drags Liz along with him, not because he craves her specific companionship (he does say he loves her, and maybe he even means it), but so that he has someone to fuck when he gets bored.  His friends aren’t friends at all.  In fact, they don’t even like each other when Giorgio isn’t around.  They are people using each other for their own ends.  This is illustrated at several points in the film with voiceovers of the various characters’ thoughts, and all of them are essentially the same (everyone else is a son of a bitch and a degenerate, but not me, and I’ll fix them).  The drugs that Giorgio traffics in are used to fuel political careers so power can be attained and maintained.  They are vampires, draining the life’s blood of the people they pretend to serve (something limited to Italian politicians, surely).  Liz is the audience perspective character, outside of Giorgio and company’s world, but still willing to go along with all of it, thus conflating her with the rest of these people.  In a particularly telling sequence, she and Giorgio watch a porn film as they have sex.  While their lovemaking is passionate, it also feels empty, because it’s fueled by the prurience reflected off the movie screen rather than any feelings they should have for each other.  Even the police are disenchanted (likely from seeing the worst in people every single day), and they are not above manipulation of (assumedly) innocent people, even to the point that putting their lives in peril is okay, so long as the case gets solved (this is nothing new in Italian genre cinema).
Death Falls Lightly is different from many gialli, while keeping some of the things that define the genre.  It has a mystery killer, represented by POV camera shots (alas, no black gloves).  It has a lurid quality to it, mostly delivered by Viotti and her willingness to get naked.  It has a few final twists which are both ridiculous and satisfying.  But, at its heart, the film is an Old Dark House story filled with bizarre scenarios.  The hotel is a large, empty space.  The dining room looks like it was abandoned mid-celebration rather than shut down.  The place houses the ghosts of better times sent crashing and burning down to Earth.  Giorgio and Liz are shut in, not allowed to even open a window and look outside.  Thus, they have to deal with each other in a more intimate way than they likely have before (see Giorgio’s distaste for marriage and its implications).  Rather than coming together spiritually, the vacuity of the hotel only exacerbates the couple’s frictions.  Enter the “spectres.”  It seems the hotel is not so empty as Giorgio was led to believe, as evidenced by the appearance of the Owner (Antonio Anelli).  He has killed his wife so he can be with his mistress Marisa (Rosella Bergamonti).  Sound familiar?  Immediately, the Owner enlists Giorgio in removing and burying her body, and this he does without putting up much fuss.  This leads to the appearance of the owner’s daughter Adele (Veronika Korosec) and some strange encounters, like when she takes a bubble bath while a monkey swings around a portable clothes rack, or when she stabs herself (or does she?) as a part of some arcane ceremony.  What happens after these folks show up is a swift descent into Hell and insanity for Giorgio.  This is also the point in the film where Savona ratchets up the psychedelic trappings, with all manner of odd angles, handheld shots, jump cuts, and so forth.  Giorgio is never certain of what he’s seeing or how to act in response, but he always finds himself going along (just like the viewer).  These scenarios are manifestations of his life and situation (directly and indirectly), and by forcing Giorgio to confront these things, he is forced to confront himself.  This isn’t to say that the resolution he comes to is positive, but it is, ironically, more honest than the world in which he had been living.
MVT:  The fever dream/experimental elements are macabre and intriguing.
Make or Break:   The arrival of the Owner takes a tense, freak out situation and spins it into surreality.
Score:  6.75/10
Posted by Todd at 12:00 AM