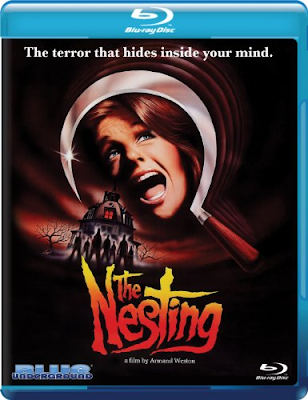 Samurai's Pick: THE NESTING (Region 1 Blu-Ray; Blue Underground)
This is one of the few ghost films that I really enjoy...pretty cool atmosphere and I think a good lead performance. The film isnt perfect by any means but I find the ghost genre to be a pretty weak one overall, this is one of the few I like and I am looking forward to the high def transfer. 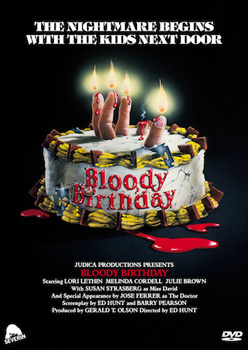 They Call Him Chad's Pick: BLOODY BIRTHDAY (Region 1 DVD; Severin)
Honestly, I typically despise killer kids films, which is why I was surprised that I enjoyed Bloody Birthday so much. Usually, this subgenre loses me because the focus is on "hey, look at how disturbing it all is!!! It's kids killing people!!!" Bloody Birthday succeeds in making you root against these evil little craps without relying on that one-note disturbing card. Bottom line, you want to see these kids get it and that's part of the fun. Plus, a new release from genre distributing fave Severin Films always merits some consideration. If only Severin had thought to release this as a super limited Father's Day edition replete with a wooden paddle furnished with carved-out air holes. 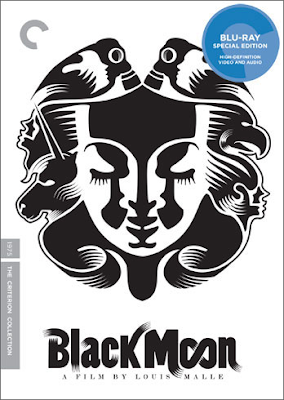 Karl Brezdin's Pick: BLACK MOON (Region 1 DVD & Blu-Ray; Criterion)
The work of Louis Malle is, admittedly, a huge blindspot for me, but the experience of Black Moon has all but assured that his films will find themselves nestled near the top of my Netflix queue over the coming months. Comparisons to Alice in Wonderland are apt but Malle juggles many elements, from 1970s feminism to unicorns and opera to enrich the surreality of the proceedings. The first 15 minutes are technically beautiful filmmaking and everything from that point forward only adds to the unconventional and dreamy tumble down the cinematic rabbit hole. Includes an interview with Malle himself and an uncompressed mono soundtrack on the Blu version. 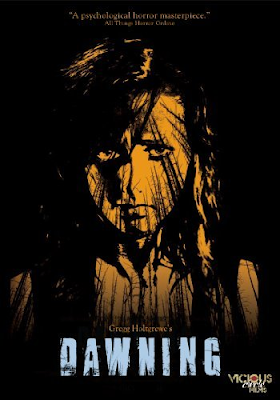 Matt-suzaka's Pick: DAWNING (Region 1 DVD & Blu-Ray; Vicious Circle/Breaking Glass)
Gregg Holtgrewe’s independent horror film, Dawning, has been making the rounds in the horror blogging community over the past year or so, and within that time it has left quite a solid impression on those that have had the chance to check it out, myself included. So I am very excited that Dawning will finally be seeing an official DVD release, as this is a horror movie that proves that people can make a great low-budget horror film without having to simply resort to some shitty zombie movie. With it’s subtly chilling atmosphere and dynamically written characters, Dawning is a must for any horror fan that is looking for something different and wholly original, and the fact that it's independently made makes it all the more noteworthy.

Posted by Gentlemen's Guide to Midnite Cinema at 6:47 AM