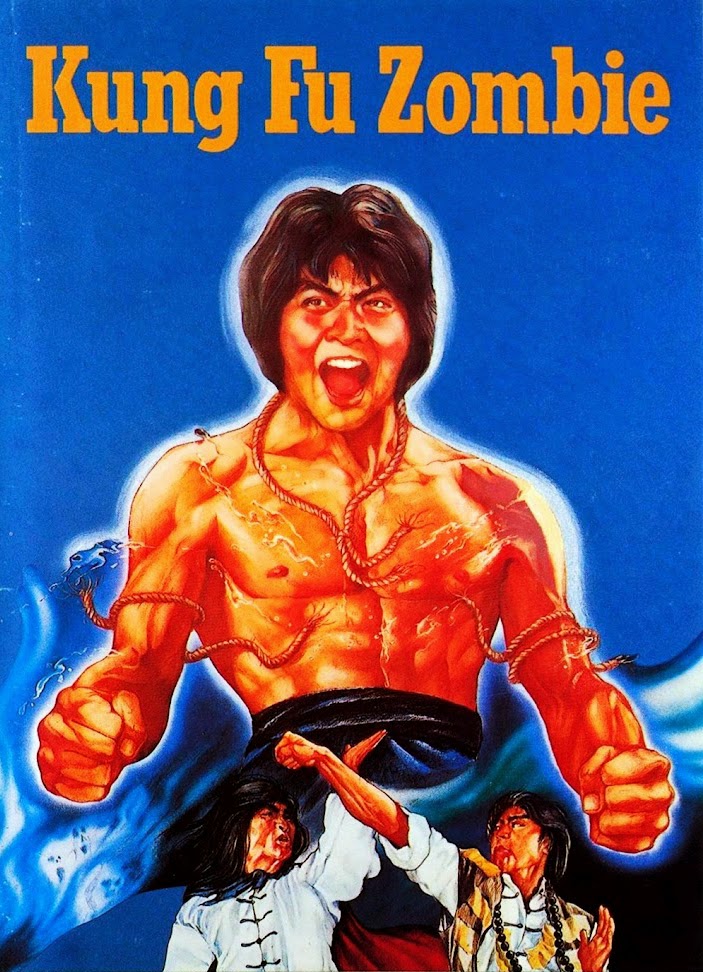 Oh Kung Fu Zombie, what a treat you are. In the realm of low-budget kungfu mayhem, it's shard to be a film this energetic, stupid, and loony. The under-rated, should-have-been superstar, Billy Chong, stars as a snotty, rebellious kungfu student who ends up fighting the undead, or at least two undeads. Things get crazy right out of the gate, as a gang of cut-throats employ the services of a black magic priest to resurrect some corpses to fight Chong. Something of a complex plan. Employ a priest to resurrect zombies that will, once given the cue, fly through the air and push Chong into a pit filled with spikes. A spike-filled pit also seems a rather conventional culmination for a plan that involves resurrecting the dead, but then I'm not really a martial arts bandit, so I guess it's not my place to question their machinations.

Chong dispatches the zombies without much difficulty, not to mention that he's unimpressed by the fact that he's being attacked by the living dead. For Chong, however, a gang of zombies is no different than any other gang. The evil gang leader and his legendary muttonchop sideburns gets pushed into the pit of spikes during the ensuing melee, being justly undone by his own treachery. Satisfied that the night of being attacked by creatures of the night returned from the grave for bloody revenge has ended, Chong heads off for the local tavern to make merry. The wizard is soon plagued by Muttonchop's ghost demanding resurrection., but complications arise because Muttonchop's body is badly mutilated after taking the tumble into the spike-filled pit.

While Billy Chong may not be an ugly ghost adorned with mangy muttonchops, his life still isn't perfect, either. Just about every interaction between Billy and his dad winds up with a few minutes of fighting that culminates in the father nearly dying of heart failure, muttering "You're killing me, you ungrateful son of a bitch!" which elicits a smirk from Billy, who will wave bye-bye and go out on the town with his pal Hamster. 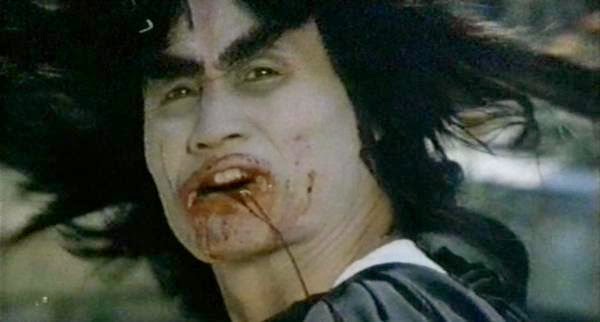 Meanwhile, Muttonchops is busy haunting the priest, who eventually agrees to resurrect the punk, as the nightmarish haunting takes the form of things like the ghost pulling the priest's seat out from under him, constantly moving his wine out of reach, and other dastardly spooktacular shenanigans. Down at the local morgue, they find the freshly dead body of a powerful kungfu fighter who is obviously evil on account of his long hair and black cape. When the gang leader tries to inhabit the corpse of the super-baddie, they discover that the guy is, in fact, not quite dead. Awakened from his slumber, the villain makes a beeline toward Billy's home to extract a little revenge, as he has a blood feud against Chong's family.

Billy and the bandit fight for hours, and Hamster whiles away the time by constantly dumping buckets of water on Billy for no real reason other than it makes Billy's muscle glisten a bit more. Chong eventually kills the bad guy and collecting a sizable reward, which his father promptly takes for himself. The wizard-priest and Muttonchops figure they can try to use the bandit's corpse again for another resurrection attempt. They mess up again, discovering this time that the bad guy is simply too evil to be killed by normal means such as breaking his neck. The failed possession attempt also transforms the baddie into a super-invincible mega-bad zombie still bent on killing Billy Chong.

Kung Fu Zombie is crude and cheap, but it also has great energy behind it, not to mention some spectacular kungfu and a few creepy seconds scattered throughout the madcap zaniness. Chong is a more than capable performer who manages to be charismatic and utterly loathsome as a character (par for the course in this type of film). By the time of its release, this style of kungfu film was going out of style, ushered out the door by the stunt films of Jackie Chan and Sammo Hung (himself making Encounter of the Spooky Kind and producing Mr. Vampire around this same time). But there is still a boundless amount of joy to be mined from Kung Fu Zombie's nutty pile of kungfu, screaming, blood-drinking zombie kungfu villains, and wizards with giant leaf hats.

Make or Break: It's one thing to have a fanged vampire-zombie kungfu villain as your foe; It's another thing when that zombie gets frustrated by your kungfu ability and reacts by causing its own hands and feet to burst into flames.

MVT: Billy Chong. The guy never hit the big-time the way many of his contemporaries did, but he was still a great martial arts movie star who brought a perfect blend of physical talent, natural charisma, and smug condescension to his roles.