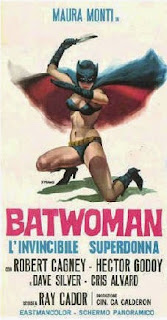 It’s been said, often and (I believe) correctly, that an Action film’s most important feature is its villain’s plot.  Belloq and the Nazis in Raiders of the Lost Ark want to use the titular artifact to defeat the Allies (and by extension, rule the world).  Megalon and Gigan want to conquer the world in the name of Seatopia in Godzilla Versus Megalon.  The Duke of New York wants to use the President of the United States in order to break himself and his followers out of Manhattan in Escape from New York (whether he wants to rule the world of not is debatable).   The more devious, intricate, and large-scale the scheme, the more heightened the stakes and the more defined the conflict between protagonist and antagonist.  Just look at almost any of the James Bond films for further evidence.  This is one reason why I enjoyed the recent Avengers: Age of Ultron, though the film has problems aplenty.  James Spader’s portrayal of the robot is spot on, menacing enough for a superhero film with enough of the actor’s affectations to make this viewer crave more screen time with his cinematic avatar, and his plan is something straight out of a comic book.

Whether or not a villain is colorful or believes that what he/she is doing is right, how they go about doing it is a bit more important, in my opinion.  This is part of the reason why the Batman television series, which aired from 1966 to 1968, is so beloved.  It was completely removed from reality, focusing on and augmenting the camp aspects of its comic book origins (themselves at an apex of nuttiness at that time; witness the frequency of primate-centric stories at DC Comics, if you doubt me).  Further, the plots were usually just batshit (pun intended) insane.  Where else could you see a giant clam trying to eat a couple of guys in tight, brightly colored spandex (nothing Freudian there, I’m sure)?  And the histrionics of the villains were on a level of theatricality and farce so high, its nosebleeds got nosebleeds (especially as contrasted against the controlled, über-stoicism of the Dynamic Duo).  But people remember and love it to this day.  Naturally, then, imitators sprang out of the woodwork to cash in on this popularity, and Rene Cardona’s Batwoman (aka La Mujer Murcielago) is a prime example of a film’s reach exceeding its grasp in this regard.

The authorities are stymied by a string of murders worldwide, the most recent of which is wrestler El Rayo whose body is dragged out of the sea in Acapulco.  At the behest of Captain Mario Robles (Hector Godoy), the Batwoman (Maura Monti) is called in to assist by going undercover (but still in costume) at a local gym where many wrestlers train.  It’s soon discovered that the flagitious Dr. Eric Williams (Roberto Cañedo) is killing these men and extracting their pineal glands in order to create an army of Fish-Men!  Our intrepid heroes set about to foil Williams’ diabolical plan.  But first, some cocktails at the outdoor lounge.

One of the things this film does is illustrates the specific differences between movies produced in Hollywood and movies produced in other countries to cash in on them.  In Hollywood, this type of film is driven by its narrative, with each scene typically building on each previous scene until it reaches its climax.  In Batwoman, each scene is almost self-contained, and whether or not they actually relate to the film’s plot is almost an afterthought.  Thus, any scenes featuring interaction between the protagonists and the antagonists is as equally weighted as any other scene, importance notwithstanding.  This narrative isn’t built on escalating action but rather a constant, set level of involvement.  There is also a casual aspect to the scenes between action scenes, evidenced by the amount of time the main characters are shown nonchalantly discussing how fruitless their investigation is while slurping down drinks at a bar, or in some character’s den, or at a beach party where you almost think you can spot Eric Von Zipper in the background.  Some would call this lazy writing, and they would be right.  However, this easygoing attitude is part of the movie’s charm.  The travelogue-esque footage, the non-propulsive approach to the story, the informal exposition/happy hour scenes, the insertion of some luchadora wrestling, it all adds up to a relaxed perspective on itself, a flurry of fantasies for the viewer to behold, though they know they will likely never partake (sort of like the “White Telephone” films of the 1930s [white telephones being something most poor people could nary afford at the time], which were depictions of idealized societies and wish fulfillment for the lower classes).

In the same way of the television phenomenon on which this film is patterned, there is a meta/self-reflexive edge to the filmmaking in Batwoman.  Many transitions are done via whip pan, a cheaper version of the swirling blur underneath the Bat symbol’s approach and retreat from the American Batman series.  Williams’ assistant (Jorge Mandragón), named Igor of course, places a gas mask over the camera lens, even though the person he is actually anesthetizing is about a foot and a half to his right.  Divers swim directly at the camera, menacing our heroine.  POV shots from Batwoman’s perspective show her swimming toward Williams’ boat (The Reptilicus, in case you were wondering).  When Batwoman peeks through a keyhole, we’re shown what she sees through a keyhole-shaped matte (an effect reportedly going all the way back to 1902’s What Happened to the Inquisitive Janitor).  This self-awareness of itself and of its production highlights an emphasis on performance in the film and particularly how its female heroine sees and is seen.  We’re meant to be in on it with the filmmakers, erasing any inclination we may have to treat the goings on seriously (difficult enough to do with a film titled Batwoman).  All of this is set to the hep, lounge stylings of Leo Acosta and his jazz combo, a surefire way to cement a film’s nonchalant coolness.  Like the Luchador movies featuring personalities like El Santo and Demonio Azul, it must be taken for granted that this is simply the world inhabited by these characters, and it is a world that disregards the whole for its parts.  After all, if you can’t put off the end of the world for a little rum and coke action every now and then, what’s the point?

MVT:  I’m just going to embrace my inner pig and give it to Maura Monti and her Batwoman character (maybe more her costumes, since her character is wafer thin).  She draws the eye to her no matter what she’s wearing (including some rather unflattering sweats and some very flattering swimwear), and the filmmakers knew enough to allow the camera to leer at her body at every available opportunity.  Which is a lot.

Make or Break:  The introduction to Batwoman is the Make.  It’s a nice, little montage showing off Monti being glamorous (and in direct address to the camera at some points), practicing her shooting skills (even though this never comes up again in the film, although it does give us Monti togged out like a cowgirl in a black leather vest), and even showing off her wrestling chops (I’m fairly confident that was a stunt double).  It’s pretty much everything you can expect from this movie in about a minute.