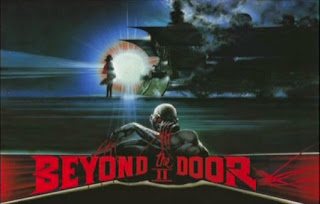 I’ve never ridden on a train for any extended length of time.  I have ridden on public transit trains to get around cities like Philadelphia and Chicago on occasion, but I have never ridden the rails outside a radius of a few miles.  I’ve been tempted to, especially since it satisfies my two travel criteria of being one, a means of transport for which my involvement in reaching a destination is minimal, and two, not an airplane.  However, the cost would have been much higher than gas consumption and upkeep on my car.  Worse, it would take more than a day to get where I was going, which is just a bit longer than I want to spend on a train (barring a “train cruise” or something, naturally).  Of course, Europe has America beat to shit in regards to locomotives.  If movies are any indication (solid reasoning, that), not only are train rides on that continent popular and affordable for all income levels, but they’re also filled to brimming with hot coeds looking to party (they could also be stuffy, British professor types looking to research) and maniacs/perverts/monsters looking to violate or kill said revelers.  If you get bored staring out the window at the lush scenery whipping by, you can always take in an eyeful of the bodily fluids in which each car is assumedly awash and/or encrusted at any given moment.  And if you’re one of the characters in Jeff Kwitney’s Beyond the Door 3 (aka Amok Train aka Evil Train aka Winds of Evil aka Il Treno), you can also get ensconced in a plot for which the phrase “hot mess” not only applies but also doesn’t even cover the half of it.

While blind fortune teller Vesna (Olga Poznatov) maps out a young woman’s life via very specific, non-standardized Tarot-esque (but more like newspaper clippings) cards on a Tic Tac Toe board, a gaggle of cultists gathers and holds candles.  Cut to modern day Los Angeles, where a teeny weeny Balkan Studies class (I didn’t even know such courses could be taken when I was in college, so just goes to show you) is shipping off to (I think) Serbia in order to witness a centuries old ritual (which could totally not have been recreated in Los Angeles, I’m sure).  Under the chaperoning of the unctuously straitlaced Professor Andromolek (Bo Svenson), the kids are quickly under siege by the aforementioned cultists and forced to hop a train which is filled (again, to brimming) with Evil and has its sights set on the perennially bug-eyed, ultra-tense Beverly Putnic (Mary Kohnert) as its object of desire.

I’m not going to pretend that I comprehend the full spectrum of belief paths encompassed by the concept of paganism, but my perception is that it’s usually both polytheistic and nature-oriented (once more citing cinema as either educator or deceiver).  In films like this one, however, it strictly refers to Satanism.  In fact, I cannot recall a single film that has ever depicted pagans as anything other than either maleficent or humorously airheaded.  The students are supposed to attend what Andromolek refers to as a “passion play” centering on a virgin female.  We know that there is evil afoot, but rather than giving us some twisted play on a bloody-minded love goddess or something along the lines of Robin Hardy’s The Wicker Man, we just get a Christian God versus Christian Devil conflict.  Like their portrayals of paganism, Horror films also love the notion that nature itself is filled with nightmares and malice for human beings to endure.  Just witness any of the Friday the 13th films, Long Weekend, Grizzly, Frogs, ad infinitum for further evidence.  You go out into the woods, be prepared to wind up dead, and this film does fulfill expectations in this regard.  With that in mind, the portrayal of the Satanists is not necessarily what we would fully anticipate.  The village the kids are taken to is literally in the middle of nowhere and immediately offputting.  It is filled with stick and straw huts and has mud paths for roads.  The villagers are all old, pallid, and sneering.  They treat the students like the cattle they are.  This earthy connection is incongruous with what we normally envision about Satanists, though it does satisfy the requirement of thinly (very thinly) veiled enmity.  Movie Satanists are typically suave, affluent, higher class or at the very least, they are wielders of some type of power in a community.  They’re usually not poor, filthy peasants.  I suppose this is a nitpick, and it can be said that it doesn’t matter which deity these folks worship, but it’s one of those aspects of Beyond the Door 3 that stuck out to me, this inconsistency with the classic approach, but also bear in mind that I’m going forward with the idea that paganism and Satanism are not necessarily mutually exclusive.

Ideas of destiny and fate are predominant throughout the film.  The credit sequence maps out the path of Beverly’s life.  Beverly is marked with a rather peculiar birthmark (a red, stylized Devil’s head shape spanning from below her navel to beneath her breasts) indicating she is the chosen one for Andromolek and company’s plans.  Everything pushes her toward a perceived end, and it’s in this respect that we can allow for the fact that Beverly is a truly unlikable character (and at least it’s also one of the very few things in the film that actually pays off somewhat satisfactorily).  She grimaces in a peculiarly slack-jawed fashion at everyone in the film (this is excused with throwaway lines about how all of her friends and classmates torment and tease her for being a virgin, though this really isn’t represented on screen).  She reacts in disgust to her mother, even while professing her tepid love for the woman.  She is a person in need of a father figure (her dad being deceased), and at first it’s implied that Andromolek will fill this position.  He pays special attention to her, and after she is mildly taunted during a meal, he comforts her.  And that’s about as far as this facet is carried (although, I suppose there could also be some creepy, psychosexual/incest underpinnings happening as well).  Outside of these couple things, Beverly is essentially a nigh-blank slate and not in a good way.  As a result, I honestly couldn’t be bothered to care about a single thing that happened to her (I said we could allow for her unlikability, not discount it completely in this film).  This engenderment of apathy, compounded by the film’s incoherent insanity (the ending is simultaneously “what the fuck?” and “who gives a fuck?”) and somnambulistic pacing, makes Beyond the Door 3 a chore with very little reward waiting when it finally pulls into the station.

MVT:  The kills in the film are all relatively inventive, very gory, and mostly enjoyable, if that’s your thing (and it is mine, to some degree).  And that’s the long and the short of the good things in this movie.

Make or Break:  The break is, of all things, Beverly’s shower scene.  Yes, it gives us the only naked flesh in the film as well as a glimpse at Bev’s birthmark.  But it also gives us the first indication of Beverly’s full-blown, harpy-esque characterization.  It’s said that the lowest you can go is rock bottom.  I would disagree.  You can always dig down further, if you use the right tools.  Mary Kohnert is the right tools.