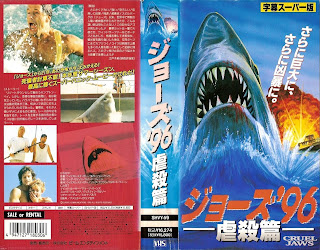 People get really bent out of shape over movie remakes, especially these days.  Every time a remake is even rumored, the internet practically explodes with people bitching and moaning about how it’s going to suck and about how this is “raping their childhood” (a gripe as invalid as it is overblown).  Personally, I’m of two minds on the subject.  On the one hand, I understand some of the complaints, primarily as they relate to the dearth of ideas in Hollywood.  I would love to see more original material developed, see new characters and franchises for us to love as much as those of the past (and let’s be honest, most of this grousing comes from nostalgia).  That studio execs just don’t get it is frustrating (in much the same way that the thinking that the higher an action film’s budget is, the better a film it is, which is not only patently false but also distressing for how many low- to mid- budget films they could produce with that same money; but this shit makes billions, and money talks).

Do I feel that a remake of Escape from New York is warranted (and I won’t even touch subjects like the recasting of characters with actors of different races, genders, et cetera here)?  No, but I also have the option of ignoring it and any of the changes it makes to Carpenter’s original.  That’s something that people just don’t seem to get; speak with your dollars.  If you don’t want to see any of these profligate reboots, don’t pay to see them.  Don’t watch them at all.  But more importantly, don’t whinge on endlessly about how offended you are by them.  There’s nothing wrong with voicing your disapproval, but it’s unnecessary and, frankly, boorish to carry on the way many folks do.  And that’s the other side of my thinking.  I have no problems with stating that I’m disinterested in a particular remake, but I don’t dwell on it and overreact about it as if any of this has any concrete impact on the course of my life or the turning of the Earth.  If anything, one of my biggest quibbles anymore is that I now have to clarify which version of a film I’m talking about, and this is becoming more and more frequent.  But it doesn’t kill my love for any of the originals, and I can always go back and watch them instead of a remake.  Try it sometime.  You might find yourself a little happier for it (or at least a little less bitter).

A group of Cuban salvage divers scope out the wreck of the USS Cleveland looking to haul up some major booty.  Of course, there’s a massive shark down there who kills them all.  Cut to: marine biologist Billy (Gregg Hood) and girlfriend Vanessa (Norma J Nesheim), who arrive in Hampton Bay, Florida for vacation (including “disco dancing ‘til dawn,” and this is in 1995, folks).  Visiting pal Dag Sorensen (Richard Dew, who will forever be viewed as a poor man’s Hulk Hogan lookalike) and his family at their little aquarium, Billy becomes enmeshed in Dag’s struggle against greedy land developer Sam Lewis (George Barnes Jr) as well as local sheriff Francis’ (David Luther) quest to rid his waters of this “anomalous” man-eater.

Bruno Mattei’s (hiding out under the William Snyder nom de guerre) Cruel Jaws (aka The Beast aka Jaws 5) is an amazing thing to behold.  Don’t misunderstand, this is as incompetent a film as Mattei has ever turned out (possibly moreso).  The editing is confusing, even when it’s not being used to attempt to fool us into thinking that the shark attack scenes are in any way exciting.  For instance, Francis goes to talk to Mayor Godfrey (who looks like a cross between Trace Beaulieu and the frantic television station manager at the beginning of George Romero’s Dawn of the Dead) and Sam (why Sam is there at all is anyone’s guess) about closing the beaches, and in the middle of their conversation, they go from standing around Godfrey’s office to standing on a balcony outside.  This particular technique has been used before in many good films, but here it makes no sense.  Their conversation isn’t long enough or in-depth enough to believe that they would continue it outside and at a locale which also gives the impression that these are just bros hanging out (which they’re not).  Some of the shots in the film don’t even give us actual visuals in any sort of continuity (and it’s not as if this is some type of art film…or maybe it is?); they’re just cuts to something and then cut away from.  It’s a hatchet job.

In the grand tradition of Italian genre filmmaking, we also get the inclusion of odd bits of business which we’re supposed to believe are A) of any importance to the story and B) not dumb (often simultaneously).  The perfect example of this is the subplot of Dag’s paraplegic daughter Susie (Kirsten Urso).  She swims with the dolphins at the aquarium and even has a pet seal.  Her aquatic antics are set to the most rodeo-clown-esque, slide-whistle-abusing, offputting music imaginable.  Otherwise, she passes comments about punching sharks which are meant to be cute and endearing.  They’re not, and she’s not.  We also have the subplot of Sam’s douche bag son Ronnie (Carter Collins, a dime store Nick Cassavetes if ever there was one), getting enraged, trying to poison Susie’s dolphins, and generally being an asshole.  There’s the subplot of Dag’s son Bob (Scott Silveria) and Sam’s daughter Gloria (Natasha Etzer) falling in love and emoting in some of the most baldfaced dialogue ever written.  And the capper is the inclusion of Sam’s Italian “business partners” from New York, who come to us by way of Central Casting.  One of the more intriguing elements of the film is the inclusion of Glenda (Sky Palma), a bleached blonde insane woman who just wants to party (including, but not limited to, kneeing a friend in the balls while dancing with him; Jocularity!) and kill sharks.  Does all of this seem like a lot to include in a movie ostensibly about a large fish terrorizing a small coastal town?  You bet.  In fact, the shark and its entire plot barely get any screen time until about the last third.  Consequently, Cruel Jaws is a meandering slog to get through, even after everyone and their brother decide to take a swing at the shark (an editorial decision that only makes the film feel longer than it is), and this kills what dipshitty enjoyment I got from the first third, because it took me that long to realize that this thing was just film being passed through a camera.

Of course, no conversation about this film can take place without mention of its stunning appropriation of not only the footage from several Jaws films (as well as some from L’ultimo Squalo and Deep Blood, as I’ve read) but also their plot points and even their dialogue.  In fact, most of my notes on this thing are just notations of moments stolen from that other franchise.  Witness: Gloria taunts Bob with the line, “Do you always do what your dad tells you to do?” (Jaws 2).  Billy expounds about how all sharks do is “swim, eat, and make baby sharks” (Jaws).  Francis says that their shark is “a perfect machine” (Jaws).  There is the prank played on a couple necking in the water by their pals, which involves a megaphone and the impersonation of authority figures (Jaws 3D).  A character inexplicably lifts an open can of gas over their head just before the idiot next to them fires off a flare gun, causing their boat to explode (Jaws 2).  These are just a few instances in a film positively littered with direct lifts.  The filmmakers throw in some horse shit about the origin of the shark (which, incidentally, is a tiger shark, not a great white, but even this is taken from the original Jaws and its famous “A whaaat?” scene), but no matter which way you cut it, Cruel Jaws is a hot mess trying to disguise itself as a movie in much the same way that the Land Shark from the classic Saturday Night Live skit tried to disguise itself as a plumber.

MVT:  For all its deficiencies, I did enjoy watching Glenda be unhinged and eat up every shred of scenery around her.  It doesn’t hurt any that Palma’s pretty cute.

Make or Break:  The Break for me was the moment Susie showed up aqua-dancing with her dolphin friends.  I knew at that point that she was going to be cloyingly saccharine and involved in way more of the film than she should be.