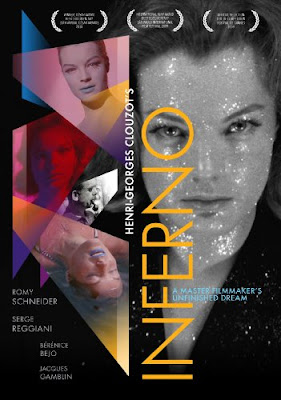 Large William's Pick: Henri-Georges Clouzot's INFERNO (Region 1 Blu-Ray; Flicker Alley)
Although this isn't Sammy and my favorite Italian Maestro, Dario Argento's film of the same name, Inferno should be fascinating viewing for any cinephile. Henri-Georges Clouzot's unfinished masterpiece is examined in true detail here by the two filmmakers who took on the project. It weaves in stunningly beautiful footage from the film, with more conventional documentary footage detailing and discussing the life of one of the great French Auteurs of his time. This one is a sumptuous can't miss! 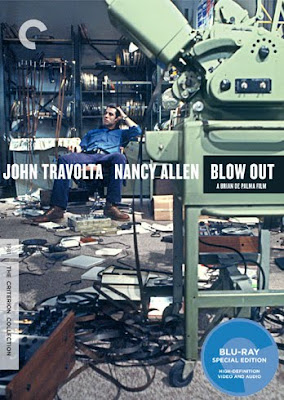 Sammy's Pick: BLOW OUT (Region 1 Blu-Ray and DVD; Critertion)
There are way too many great Blu releases this week, you can see Large William's above, but this is a stand out for me. You may ask why and all I can tell you is that I think this is my favorite or very close to favorite Brian De Palma film....he is firing on all cylinders in this film and for me this is his peak with the form he developed. De Palma made many great films in the 70s, arguably the best director of thrillers since Hitchcock himself, who De Palma wasted no time in riffing on in his career. Outside of a few fun films after this, most I'm a fan of, this was the last GREAT Brian De Palma movie and this release is a must own. This is also proof yet again that John Travolta can be a very solid actor if he works with the right directors....this may be his best performance. Everyone else is great in this movie as well, with Lithgow giving us a great cinematic bad guy. Do yourself a favor....BUY IT!!!

Posted by Gentlemen's Guide to Midnite Cinema at 7:01 AM