After a long period of tertiary study I was feeling quite burnt out. I decided to get back on the horse sooner rather than later, deciding upon Ian Olney's EuroHorror: Classic European Horror Cinema in Contemporary American Culture as my first post-study reading material. It was the right choice. Published in 2013, Olney's book is an evocative & engaging read. I found myself becoming absorbed in it for hours on end. Though the book is firmly academic it does not speak down to its audience or become mired in dense theoretical brinkmanship. The writing is crisp & straightforward allowing for folks of all backgrounds to enjoy.
His comprehensive analysis of the evolving relationship between academia & Euro horror places the reader in the midst of the complicated tug of war at the heart of cultural development. GGTMC listeners will recognise much of their own experiences in his discussion of both individual reception & fan communities. Olney is unafraid of acknowledging the value of their responses, placing them alongside the academics who have dominated discussions of what is acceptable & unacceptable culture for scholarly writings. This has been changing, & I hope that Olney's book will be recognised as an important step in this development.
Along with the historical & theoretical context from which these films have sprung, & into which they have grown, Olney presents three fascinating case studies, examining giallos, S&M horror, & cannibal & zombie films. His perspective is refreshing, refusing the easy, knee-jerk reactions that can all too easily dominate criticism of such extreme cinema. His fan appreciation is expertly mixed with academic insight that is a pleasure to read & will forever adjust the way you consider these films. For example, I've never been a fan of Fulci's House by the Cemetary; having read Olney's fascinating & strikingly original reading of this film, I am eager to revisit & see it with different eyes.
Additionally, if you are like me & enjoy the hunt for new information & perspectives on paracinema, then you will adore this book for its references. The bibliography is extensive & filled with a wealth of titles that will have you constantly referring to Book Depository & convincing yourself you can live on rice for the rest of the month.
I pitched a few questions in Ian's direction & he was kind enough to respond with the following:

Ben Buckingham: As your book clearly indicates, the topic of Euro Horror is incredibly broad. How did you go about narrowing down your focus? 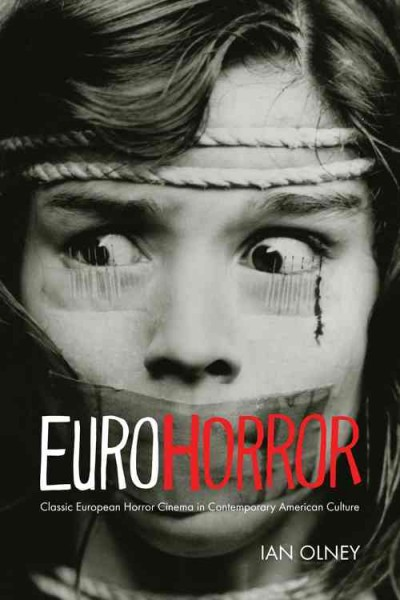 Ian Olney: The focus of Euro Horror is intentionally broad. I wanted the book to be the first comprehensive, holistic look at classic European horror cinema. I didn't want to confine myself to a particular national cinema or director or genre because the basic argument of the book is that Euro-horror movies share certain qualities across the board--regardless of who made them or where they were made--that make them unique and different from other horror movies (particularly American horror films). That said, it wasn't possible to discuss every Euro-horror film ever made, so after introducing my general theory of Euro-horror cinema in Part One of the book, I undertake the examination of several different popular genres of Euro-horror in Part Two as case studies: the giallo film, the S&M horror film, and the cannibal and zombie films.

BB: Aficionados of paracinema carry the strangest & least known films closest to their hearts. Are there any sub-genres &/or specific films which you could not fit in but wish that you could have, both well known examples & those long forgotten?

IO: There were two other genres I toyed with including but ultimately didn't because of space restrictions. One was the Euro-horror possession film, which I find fascinating and very different from its American and British cousins. The other is the necrophiliac film, which doesn't have an analogue in Anglo-American horror cinema at all, and may be (along with the cannibal film) the most taboo form of Euro-horror. Never fear, though: since publishing the book, I've been working in these two areas. I have an article on the mid-1970s Euro-horror possession film focusing on the contrast between The Exorcist and Jess Franco's Lorna the Exorcist appearing soon in the Quarterly Review of Film and Video, and I'm currently working on another essay on Barbara Steele and horror cinephilia that brings into play the focus on necrophilia that you find in so many Euro-horror movies. I might also mention that Antonio Lázaro-Reboll and I are in the very early stages of putting together what will likely be the first scholarly edited volume on Jess Franco! 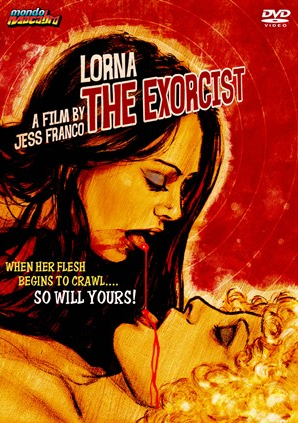 BB: There is an abundance of academic writing on spectatorship theory when it comes to horror & paracinema, which can often feel like an overemphasis on the defence of a much derided subject. With the increasing acknowledgement of this subject in all walks of critical culture, do you think that this framework will continue to dominate interpretations? What do you perceive as valuable areas for further study in academia for the fields of Euro horror & paracinema?

IO: Spectatorship theory struck me as being a natural lens through which to view Euro-horror, but it is certainly not the only way of looking at these films. One related but separate approach that I'm just beginning to explore is through Cinephilia Studies. I'm fascinated by the ways in which these films activate and to a certain extent depend for their meaning on what Christian Keathley calls the panoramic gaze, and also offer a means of constructing alternate histories of film. 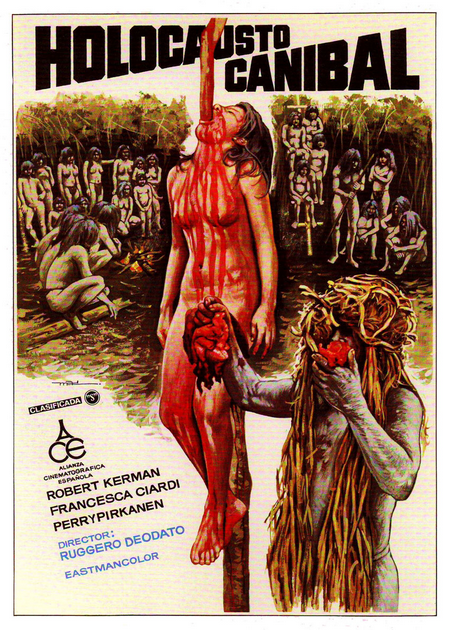 BB: Cannibal cinema has seen a significant resurgence in recent times, with much of it having a very European inflection; ranging from Hannibal on TV to upcoming Spanish film Cannibal, & independent & studio driven blockbusters Cloud Atlas & The Lone Ranger. What are your thoughts on the return of the cannibal & how it relates to your thesis?

IO: I see the explosion of cannibal programming on TV and film, especially in the U.S., as an extension of the anti-ethnographic impulse I discuss in my book. The appearance of Hannibal on television is a perfect example of this and the apotheosis of a trend dating back to the 1980s involving the celebration of the white cannibal in American culture. My argument is that this indicates not the disappearance of Western imperialism and colonization, but rather an admission (and embrace) of it in its contemporary forms. This is one of the reasons why it's important to return to an examination of the Euro-horror cannibal films and the (often subversive) politics of their representation of the black or indigenous cannibal.

Posted by Gentlemen's Guide to Midnite Cinema at 3:00 AM