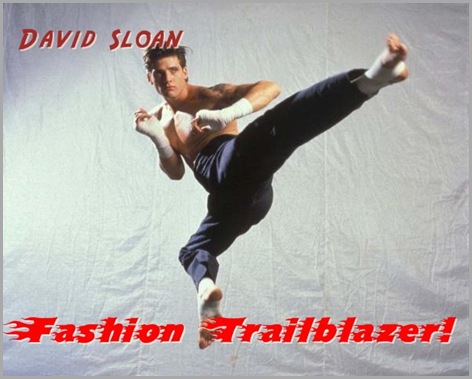 Sitting smack dab in the middle of the David Sloan/Albert Pyun era of the Kickboxer franchise (and what is essentially the heart of the series), 1992's Kickboxer 3: The Art of War gave us some of the finest clothing choices by any of the titular tough guys in either of the other films, Sloan's included. In Kickboxer 2: The Road Back, David Sloan is intent on avenging the deaths of his two older brothers, so he means business and he dresses as such. In Kickboxer 4: The Aggressor, Sloan has become hardened after a two-year stint in prison, resulting in his fashion sensibilities reflecting this dark time in his life.

Now, when it comes to Kickboxer 3, which is the lightest and possibly silliest of the franchise – even though it deals with child slavery – Sloan's swanky choices are perfectly in tune with a part of his life that is filled with fun, sun and a whole lot of other stuff that rhymes with those two words (coconut rum, perhaps?). David Sloan's incredible sense of style is only matched by his own personal charm and outgoing charisma, and I have brought along with me a cornucopia of photo evidence proving this fact.

What you are seeing here is the archetypal David Sloan outfit, which 90% of the time consist of a solid colored tank, paired up with a form of baggy pant that was quite popular in the early 90's. Not really clear as to what they were called exactly, but they do share a close relation to the Zubaz family. In most cases, David goes with a funky pattern that reflects his inner wild child, but from time-to-time, he will go with a solid color pant to mix things up. 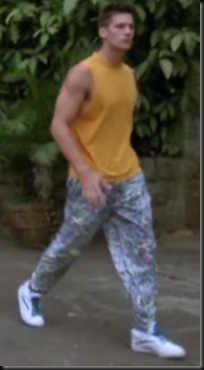 Now, there was really only one way to wear such fancy pants, and that was to pull the fabric around your ankle as much as the material would allow, fold one end over the other, then roll them up as tight as a human possibly can. This gives the illusion of a V shaped lower torso, almost like an ice-cream cone, with the treat being an upper body hot enough to make just about any women drip. There was a time when it was thought that elastic would be easier than this whole sacrifice of time for fashion, but it was soon learned that those pants often would crawl up the leg, thus, exposing far too much sock for an erect male. 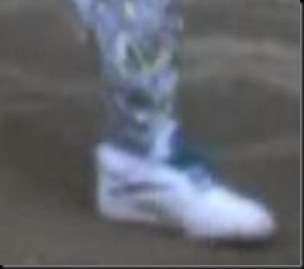 See that sneaker fully exposed with absolutely no interruption from the pant leg? That's how it's done right there…tight, on point and looking fly. If I had known David Sloan was such a fashionista, I totally would have watched Growing Pains every week. 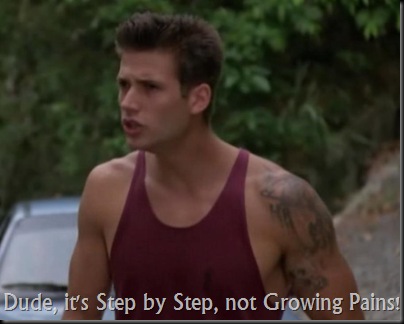 Sorry bro, it's an honest mistake.

Why's your nipple all wet? 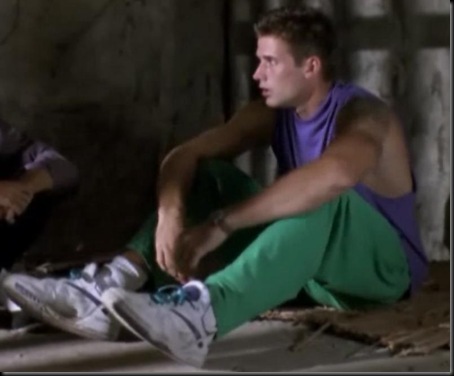 Moving on, here we have our first example of the "Solid on Solid" Sloan classic, but what really makes this one stand out is the actual cut of the tank itself. This is known as the "lat-cut" or the "you can see all sorts of odd parts of my upper body, but it's totally sexy-cut," and even though his pants aren't as securely rolled as they should be, David distracts the casual observer's eye with a perfect view of his armpit. 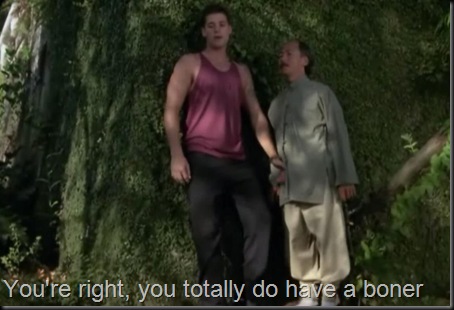 This is just another example of a Solid on Solid, which looks quite solid if I do say so myself, and it's very clear that Xian is in full agreement. 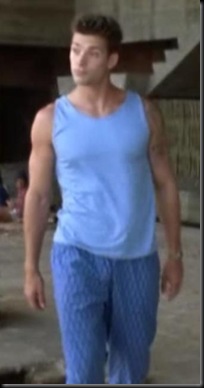 This is where things really begin to heat up as we have our very first pant pattern, and not only do we have a pattern, but it's actually color coordinated with a strong focus on blue. And as you can clearly see, this is an outfit that can work as an around the town - making moves while looking smooth - style of getup, but as shown below, it works as a casual and comfortable choice for the times when David needs to take a load off his lethal feet. 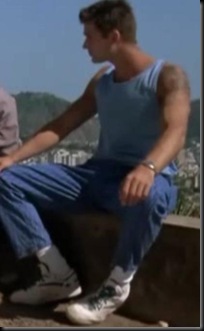 Yet another example of a poor pant roll, but when Sloan's in casual mode, anything goes. Plus, the socks are nicely bunched up, showing just how relaxed he is without the need to verbally express it. Now that is class. 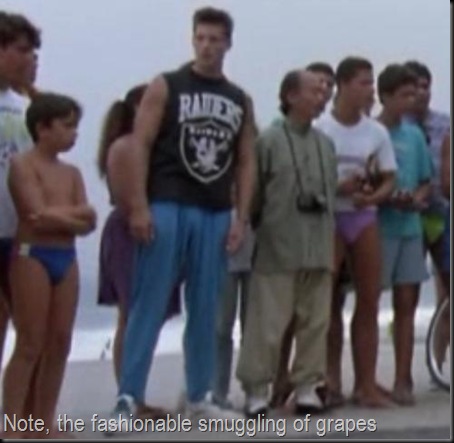 Here we have a style choice that may be familiar to some from this time period, the short lived "Raiders belong in L.A., not Oakland," statement that made a splash on the fashion scene with winter coats coats, beanies and, as we can see here, even tanks. Best part about this period is there was absolutely no need to even be a fan of the Raiders to wear their apparel, just a desire for the grubby color scheme of black and silver. It's all about basics, people. 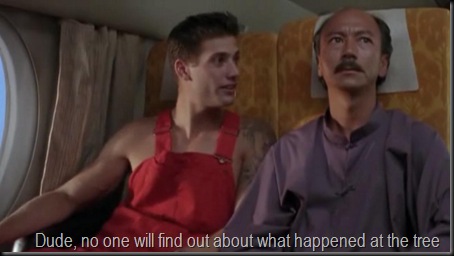 We are now nearly finished with this look at David Sloan and his contribution to the world of style and fashion, and to end it this way is somewhat bittersweet as we have here an outfit that was never fully realized outside of this scene. A standing shot would have been great, and without one it is difficult to fully critique it. It does, however, show that he is far from a one outfit pony and can bring it on any level at anytime, because David Sloan is, a Fashion Trailblazer.