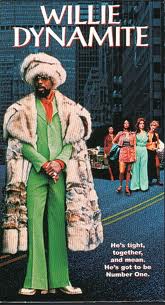 So a bunch of hookers walk into a Shriners’ convention...
That’s either the set up for a tasteless joke or the beginning to a blaxploitation movie.
You called it.  That is the opening scene of 1974’s Willie Dynamite.
For the faithful fans of this genre, we’re back in that magical world.  The place where there are elaborate and colorful pimp summits.
Is there a theme song about not “messing with” the title character?  You bet there is.
Does the “hero” drive a decked out pimp-mobile with flashy vanity plates?  Of course, and they proudly read: “Willie D.”
Most importantly, do we get to witness some awful fashion disasters?  Willie wears some of the most mind blowing costumes I’ve ever seen in my life.
So is Willie Dynamite the slick, ultra cool anti-authority figure that will win our hearts?  Is he “the man” that is the staple in this kind of movie?
Well, no.
That is the beginning of what differentiates Willie Dynamite from just about every blaxploitation film that I’ve seen.  The trappings of my favorite guilty pleasure are at least momentarily here.  Those, however, are eventually stripped away to reveal the beating heart of a morality tale.
Willie (played by Roscoe Orman) is endlessly vain, immature, and self serving.  He is relentless in his desire to be “number one.”  Do you want to know when your lead character has issues?  The guy can’t even play nice with the other pimps when they want to create a union.
Orman, let it be said, is fantastic through out here.  You might think that he is over acting in the first quarter of the film.  That is until you watch his nuanced, emotional work in the second half.  (Yes, Orman was Gordon on the original Sesame Street.  Let’s all have a chuckle and move on.)
The social worker (Diana Sands as Cora) gunning to take Willie down is much more likable.  Her intentions are incredibly noble.  She just wants to clean up the streets and get rid of that nasty prostitution.  That’s not something that you can fault any decent person for.
So when do the tables turn?  When was the rug pulled out from under me?  When did a wicked awesome movie about pimpin’ become a tough inner city drama?  I don’t want to reveal too much about the machinations of the plot.  The easiest way to summarize it is to tell you that Willie starts to lose everything.  Cora the Social Worker meddles in his affairs, the cops won’t leave him alone, and the hookers don’t bring in enough dough.
That’s all pretty standard stuff that you can watch for yourself.
I would rather call your attention to a scene that comes about half way through the film.  We follow Willie to a family dinner at his parents’ house.  Really, the pimp goes home to eat with his Mama?  Indeed he does, and it’s heartbreaking. 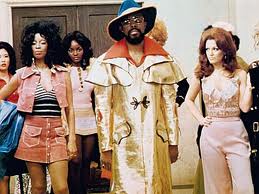 Willie tries to buy off his Mother’s (Royce Walker) disappointment by giving her a mink coat.  He also tries to convince his family that his girls are just hooking until they finish “the album.”  That’s right, Willie would have his family believe he isn’t a pimp but a future music mogul.  This sequence cuts a lot closer to an emotional bone than most blaxploitation would even dare.
This doesn’t come as a shock, or an awkward attempt at respectability.  I’ve seen several other exploitation movies which try to have their cake and eat it too.  They want their artistic pretensions to somehow cancel out the sleaze.  That usually never works unless a solid foundation is laid.  That is most definitely the case here.
(On a side note: I was mildly let down by the lack of lurid elements.  No nudity, very little profanity, and hardly any violence.  This is a very soft “R” rating, but I digress).
Where does the credit for the quality go to?  I would like to hand it to the writer Ron Cutler and the director Gilbert Moses.  They obviously knew what kind of movie they wanted to make.  I have a suspicion that they took the funding to make a blaxploitation flick with an agenda.  They would do just enough to make the producers happy, but satisfy themselves in the bargain.
That’s how a pimp movie becomes a story about failure and redemption.
So is this a glowing review?  Not quite.
There are some flaws I’m inclined to point out.  I felt like the second act was top heavy with plot.  There is a chase sequence on foot that needed to be cut to shreds.  A few of the attempts at humor don’t work.  Does it matter?  Not so much in the long run.
Time to break it down:
MVT: I’m going to hand it to the man who played Willie...Roscoe Orman.  Oh screw it...”P” is for pimp. 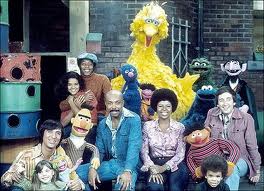 The Make or Break Scene: The family dinner scene I mentioned earlier.
Rating: 7.8.  I liked it a lot.