Episode #177: What Have I Done to Deserve This?

Welcome to another in our long line of special episodes at the GGtMC!!!

Sammy was out of town attending HorrorHound Weekend 2012 Columbus, so William grabbed some friends and decided to talk shop about Pedro Almodovar's What Have I Done to Deserve This? (1984).

Large William is joined by James McCormick from the Criterion Cast, Cristina from Girls on Film Radio and Death Rattle Aaron who is editor-in-chief of the GBtMC and author of the blog The Death Rattle. Star studded folks!! 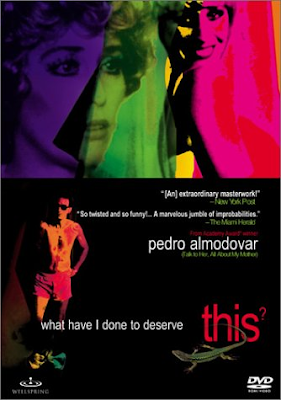 Posted by Gentlemen's Guide to Midnite Cinema at 8:32 PM