Emily's 2011 Cinema Awards, Where Even Immortals Is a Winner

As I squeeze a few more watches into my life before publishing my official Top Ten of Eleven List, it seemed fitting to give some recent films their due in whatever format seems to fit. Expect lots of hyperboles!

Best Use of Headgear
Immortals
Tarsem’s big budget Greekanization of 300 isn’t good by any means, but it was almost worth that escalated 3D ticket price to see Mickey Rourke sporting such accessories as this: 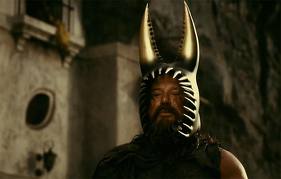 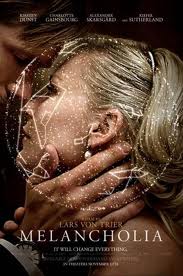 Melancholia
Lars Von Trier made a stunningly gorgeous and wonderfully acted end-of-the-world/wedding story. It just so happened he hates me for not hating the world that’s about to be destroyed, so I doubt he'll be invited to my birthday party this year. I guess I prefer my genital mutilation over clinical depression, but enough about ME...
Best Ending That Almost Saved a Disappointing Film 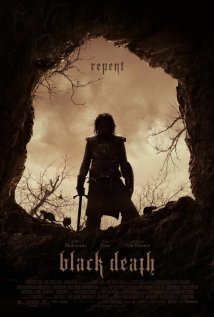 Black Death
From Creep to Severance to the kind-of mind-blowing Triangle, Christopher Smith has been making a steady upward crawl in genre filmmaking. With its medieval setting and impressive cast, Black Death was primed to be something special but seems to fizzle out once the excitement of the bubonic plague wears off. What saves the film is its coda, a (SPOILER ALERT) deeply dark finish that sees its innocent monk-in-the-making protagonist transform into a cruel witch hunter worthy of The Devils. It’s almost as if the whole movie becomes a prequel to that torture-filled subgenre of the 60s and 70s. 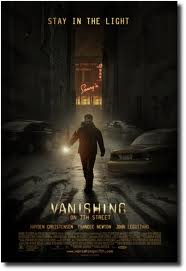 Vanishing on 7th Street
Here’s a great idea: let’s start an apocalyptic thriller with a good premise and fantastically chilling opening sequence. Then let’s bore the pants off you for 80 minutes with a horrifically miscast batch of miserable people, and because that’s not enough, we won’t explain a single thing that happened in the dull mess of a movie you just watched. Oh Brad Anderson, you are a scamp.
Most Undisciplined Film 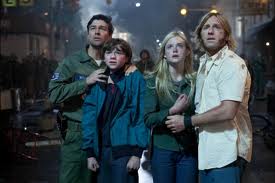 Super 8
But it’s nostalgic! Cried legions of fans of this film. Sure, it was, and that was fine. Heck, even the globby CGI monster that looked like an early draft of Cloverfield’s star didn’t bother me too much. My issue with Super 8—and perhaps main reason I loved Attack the Block as much as I did—was that the film didn’t understand its own point of view. Had the whole story been told from the kids’ eyes, Super 8 would have soared, especially if its nearly 2 hour running length was shaved. The alternative could have also worked: give us an EPIC alien invasion film that incorporated the scientists’ findings and adult reactions more organically. Instead, J.J. Abrahms saw fit to combine its Stand By Me-like youth point of view with a lazy, occasionally trailing of Kyle Chandler’s sheriff as he learns some things that our main protagonists never do. As a result, whose film is it?
Best Sequel 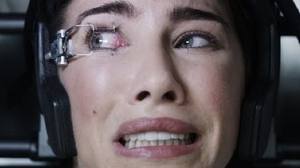 Final Destination 5
Was it The Godfather Part II? No, but did The Godfather Part II have a death-by-parallel-bars back break? Final Destination 5 was an unpretentious injection of horror fun, an enjoyable 90 minutes of intricate murder wrapped up inside a film that actually cared about its franchise’s audience, rewarding the faithful with a brilliant ending that only the loyal would get.

Best Movie To Watch Plastered On Your Birthday 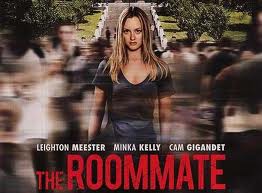 The Roommate
I remember virtually nothing of this tepid Single White Female wannabe, both because it’s so dull it barely casts a shadow and I went to see it with a lot of alcohol in my system. If memory serves, Billy Zane wears a hat, a hat that Mickey Rourke's hat could eat, vomit, inject with life serum, and watch that reanimated hat make a more interesting film than The Roommate. 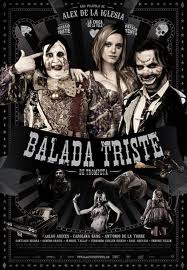 The Last Circus
Here was a film seemingly scripted and produced for someone like me: surreal circus violence and a killer clown? Sign me up! Sadly Alex de la Iglesia’s Spanish Civil War metaphor coated in pancake makeup felt a tad empty to me, but when backs snap and faces get ironed, your ears experience something very, very new.
Best Lack of An Accent 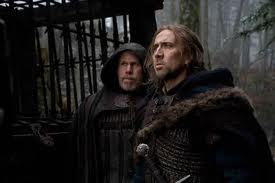 Season of the Witch
Could you envision a table reading where Ron Perlman and Nicolas Cage toyed with British accents, then director Domonic Sena watched Robin Hood: Prince of Thieves and realized that only VILLAINS in period films needed them? Yeah, I'm assuming that's what went down and thankfully, we're all the better for it.


Torture Device of the Year

Brazen Bull
Immortals burned a few pretty oracles inside one and Gary Oldman lorded over it in elephant form in the already-hysterical Red Riding Hood. Who knew the biggest trend of 2011 would be so...brass?
Most Effort Put Into Films That Weren’t That Good 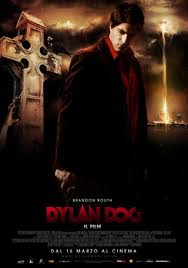 Rubber/Dylan Dog: Dead of Night
It’s a tiring tie between the look-at-how-weird-I-am Rubber and the laugh-at-me-PLEASE Dylan Dog: Dead of Night. With its aggressively avante garde approach, Rubber goes flat (damn you easiness of tire puns) on the screen because as good an idea as using a ridiculous premise to craft a film about voyeurism is, the movie simply is not, primarily because it clearly THINKS it is and...well, you get the point. That might not have made sense, but neither did the film. Dylan Dog, on the other hand, tries harder than Anne Hathaway at the Oscars to endear itself to the absent audience, forcing awkward banter between Brandon Routh’s wooden private eye and his former Superman costar’s ‘wacky’ zombie. You almost feel bad for it. Unless you paid, and then it’s not funny to anyone.
Best Construction of a Sequel 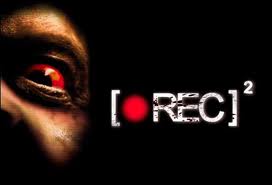 REC 2
Yes, it was technically a 2010 release, but when non-illegal means or film critic badges mean lowly movie fans like us can only see it in 2011, I consider it 2011. REC 2 didn’t grab me with quite the same urgency as its predecessor, but it’s hard not to admire how well REC 2 works in terms of its series, picking up the found footage narrative without feeling contrived.
Most Anticlimactic Death 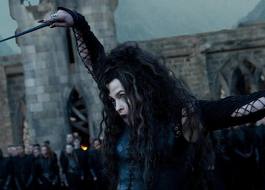 Harry Potter & the Deathly Hollows: Part Deux
Having thus far only read the first book, I understand that there are some character nuances I have yet to experience simply by watching the films. That being said, one of the best villains in this film franchise is Helena Bonham Carter’s cackling Beatrix LeStrange, an evil witch who brings to mind what was good about Tim Burton before, well, he married Carter and got stuck in time. Thus, seeing a likable but minor character (Ron’s mum) finish her off with a quick spell and a line curbed from Aliens just felt anticlimactic. 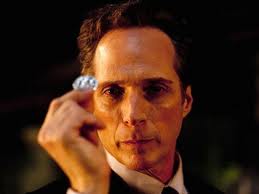 
Best Film Without a Genre 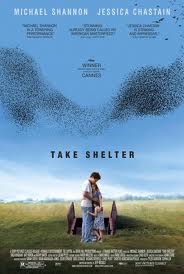 Take Shelter
I've read rumblings of how Jeff Nichols' quiet study of schizophrenia/the apocalypse/Michael Shannon's awesomeness was likely ignored by major film awards because of its oddness or even, dare I say it, categorization as horror. In no way does the film belong on the same shelf as Paranormal Activity, but it IS horrifying, much in the same way as something like Todd Haynes' Safe or Michael Tolkin's The Rapture. But for some, the apocalyptic undertones relegate Take Shelter out of the pure and prestigious 'drama' club, making this haunting--and duh, incredibly acted--tale a movie without a home...or shelter.


Frank Oz Is An Asshole Award 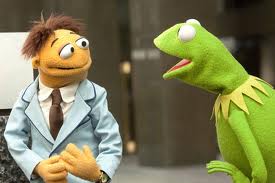 ...For his grumpy Stadler and Waldorff-esque trash-talking of The Muppets before its release. Look, it's not Jason Segel's fault that your last film managed to poop on the talents of Bette Midler, Nicole Kidman, Nathan Lane, Jon Lovitz, and the original near-perfection of Bryan Forbes' The Stepford Wives. Trust me, that film was far more offensive than Fozzie's fart shoes. 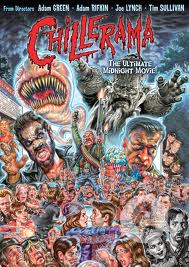 Chillerama
I love the spirit behind this film, a four-part anthology made by four hard-working and creative directors with a clear affection for genre history. But twenty minutes of semen jokes, another twenty minutes of werebear singing, another twenty of a Hitler gag that was funny for fifteen, and an endless repeat of movie quotes in the finale is a whole lot of wasted time. 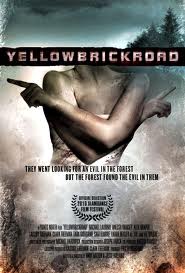 Hobo With a Shotgun/YellowBrickRoad
In the 21sst century, we can safely assume that any working filmmaker has seen a lot of movies. It's common practice to reference the ones with influence, be that visually or in dialogue. This year, there were two films that did this to outstanding effect: Hobo With a Shotgun for its affectionate embrace of all the colorful hues and homeless politics of 1986's Street Trash, and the sharp direct-to-DVD YellowBrickRoad, which used one of the most beloved classics of all time as a maddening inspiration for some fantastic scares.
Needs More Dinosaurs Award 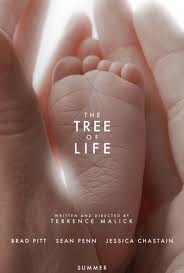 Tree of Life
Because c’mon! What’s more accessible than dinosaurs? Do you KNOW how many Land Before Time sequels have been made?