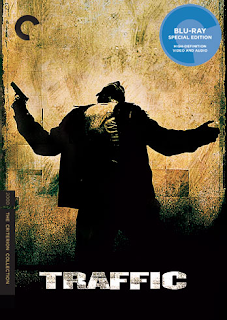 Sammy's Pick: TRAFFIC (Region 1 Blu-Ray; Criterion)
Soderbergh is one of the most versatile directors working, and one of my favorites all together.He can adapt to any style and he pulls great performances from actors. This is a pretty easy choice as it is one of his best films and also look for a small role from GGtMC fav Tomas Milian...Benecio Del Toro is SO good in this film as well!!! BUY!!!

Aaron's Pick: TRAFFIC (Region 1 Blu-Ray; Criterion)
I tried to avoid going with the same pick as Sammy this week, but seeing as I'm a huge fan of director Steven Soderbergh and consider TRAFFIC to be one of his best films, it's extremely difficult for me to NOT echo his recommendation. TRAFFIC has great performances from a wonderful ensemble cast, with some surprisingly garish cinematography that should lend itself well to high-def. As an alternate pick of the week, consider the 80's classic LICENSE TO DRIVE on blu-ray. 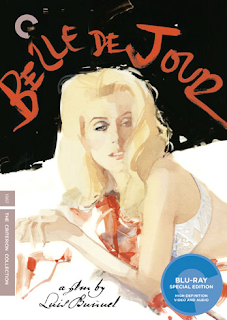 Large William's Pick: BELLE DE JOUR (Region 1 DVD & Blu-Ray; Criterion)
Criterion has put out arguably one of Luis Bunuel's more accessible films, in the Catherine Deneuve starring Belle du Jour. She stars as a bored housewife who spends her spare time working in a bordello, working out her own frustrations and fantasies sexually, not to mention those of the men who frequent the bordello. Bunuel's signature surrealism works brilliantly in a film such as this with such a strong pyschlogical/emotional bent. Deneuve consistently was one of the best actresses of her time and consistently challenged herself with a myriad of roles and experiences, this being no exception. Come for the standout performances, stay for the coffee shop debate about the ending.. Definitely a buy gang

Posted by Gentlemen's Guide to Midnite Cinema at 8:00 PM