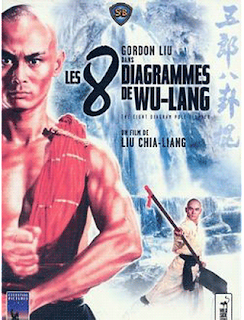 When I was in college, just about every woman I knew loved Grease. If you went to a party at a woman's apartment, you were assured of three things. One, they usually bought better quality booze than you. Two, at least one track, if not an entire side of the Grease soundtrack would be played. And three, when it was, every woman in the place (and some guys) would gather in a circle, dancing and bellowing out the lyrics. Men have the same sort of love for martial arts movies. Although, by college age, most men don't run out and imitate the fighting moves they've just seen onscreen, you can bet your ass they did when they were kids. This urge lives on into adulthood, it's just that imitating, say, Philip Kwok while attending a "kegger" is a surefire way to not get laid. Of course, some men love musicals, and some women love martial arts movies. But, by-and-large, I think the above represents the balance of nature in this regard.


In the broadest of terms, old school martial arts films will generally follow a set pattern. A young person's family/school/what-have-you is destroyed by a cadre of bad guys. The young person narrowly escapes death and comes upon a mentor figure who teaches the youngster a powerful, unique fighting skill. The young person confronts and defeats the villain(s) who ruined his/her life. Naturally, there are all sorts of variations on this, but that's the basics. Chia-Liang Liu's The Eight Diagram Pole Fighter, while fitting snugly into this paradigm, also subverts it, and the movie has more on its mind than just bloody revenge.

The men of the Yang family are betrayed by the traitorous Mongols, Pan Mei (Ming Ku) and Yelu Lin (Lung Wei Wang). Using poles, the ends of which can wrap around and ensnare weapons and limbs alike, Mei and Lin's fighters kill all the Yang males, save two. Brother #6 (Alexander Fu Sheng) returns to his mother (Lily Li) and sisters, 8 and 9 (the lovely Kara Hui and Ching-Ching Yeung, respectively), a paranoiac. Brother #5 (Gordon Liu), believed dead, tries to become a monk, but the monastery's abbot (Phillip Ko) won't accept him as a disciple. #5 stubbornly refuses to leave, believing a monk's life will redeem his diehard, soldierly ways. Meanwhile, the villains seek to draw out and kill the brothers in order to cover up their treason.

In musicals, conflicts are resolved and emotional depths revealed through song and dance numbers. In martial arts films, the same is done through stunt-fueled fights. Whenever a character is confronted emotionally or physically, their first reaction is normally to start throwing punches and kicks. Every time someone visits the Yang house, the insane #5 (the characters are actually addressed by number for most of the film) immediately goes on the warpath, and his mom and sisters need to knock some sense into him or risk discovery. Likewise, #6 starts cleaning house whenever he's told the abbot wants him gone.

This characterization through Kung Fu extends itself here into the weapons the characters carry. The Yang family's weapons are distinctive, and other characters recognize their owners through them. Further, the weapons, in a sense, define and reflect the characters' states. Fu Sheng's spear is with him at all times as he cries, screams, and carries on. He becomes nigh-catatonic when he is disarmed, nothing without his weapon. By contrast, Liu must burn his spear and cut the blade off in order to extricate his weapon from his enemies' bamboo snare. The next time we see it, it has a red bandage wrapped around the end, as if the weapon itself has been wounded. Also, it's no longer a spear but a pole, a reference to the transformation #5 will undergo for the remainder of the film.

At the monastery, #5 begs to be admitted as a monk, but the abbot steadfastly refuses. #5 must self-initiate himself, shaving his own head and burning the Jieba marks into his own scalp (accompanied by some gruesome sound effects). While he's told daily that he can't stay, it's heavily implied that the abbot is using reverse psychology on #5. He's helping the young soldier help himself on his path of self-discovery. Now, I'm not well-versed in Buddhism or Taoism, and consequently some of the characters' decisions and motives can seem a bit murky. But, when the film's theme is unveiled (during a fight, natch), things become much clearer (if not 100% understandable).

Here's where the martial arts movie pattern gets subverted. We expect #5 to eventually be accepted into the monastery. We also expect the monks to have some wildly-implausible Kung Fu skill that will help #5 beat the Mongols. We're teased with the prospect at the start of the temple scenes when Liu practices his fighting on some vines and a pond. But this never transpires, and that's the beauty of Chia-Liang's film. The new technique is not something external but internal. Even when the monks train on the overly-elaborate wolf-dummies, the outcome is not what we would expect (although this does pay off and will put you in mind of candy corn). 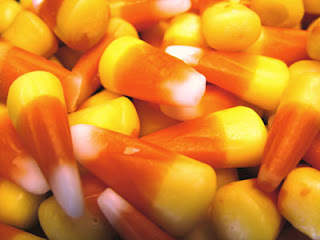 The concept of Yin and Yang lies at the heart of the movie, and Chia-Liang Liu is very conscious of reflecting this in almost every scene. Characters will move and often speak in sync. #5's spear has become a pole, two weapons, one sharp, the other blunt. The recognition of the interconnectedness of opposites is the ultimate goal of #5's journey. Some heady stuff, and while not presented in definitive terms (how could it be?), it leaves the viewer with a lot to think about.

But, lest we forget, this is a martial arts movie, and it certainly isn't shy about that fact. The setpieces are elaborate, each one outdoing the previous one. The choreography is outstanding, and every performer is at the top of their game. It's bloodier than I anticipated, but the level of fun throughout never diminishes. This is the type of martial arts movie I wish they all could be. But then, The Eight Diagram Pole Fighter wouldn't be as special as it is.

MVT: Since Alexander Fu Sheng died tragically during production of the film, I'd like to give it to him, simply out of respect. Unfortunately, his death resulted in a wasted part in the film that only hits one-note. The film world lost a charismatic and talented actor the day he died.

Make or Break: The "Make" scene is Liu's fight with Ko in the monastery. It's a sophisticated, graceful revelation of the film's main theme.