Devil's Dynamite: Hey, Robocop Called and He Wants His Clothes Back! It's really tough trying to do a traditional review for the Godfrey Ho "lensed" 1987 pseudo ninja flick, Devil's Dynamite, as I'm a little  short on words for how I can actually describe it. The plot of the film seems to be very simple on the surface, however, I must have said to myself, "what the fuck is going on right now?" at least 37 times. 37 times is a lot (just ask Dante), so I really don't know exactly how to summon up a fully realized plot synopsis for this one. The story is inconsequential and probably made much more sense in both 1979's The Giant of Casino and 1982's The Stunning Gambling, mostly due to the fact that apparently both of these films were pieced together to make Devil's Dynamite. I've not seen either film, but knowing Ho (who went under the 'American' friendly name, Joe Livingston, for this one), I find this very easy to believe. 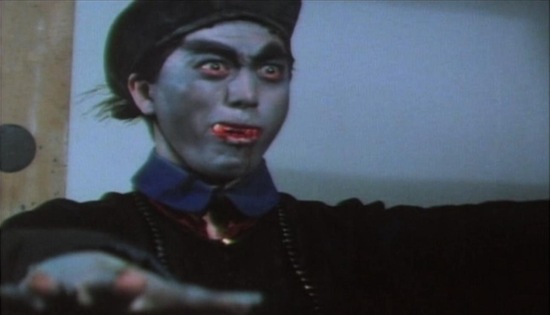 Now, the truth is not exactly one of the qualities that Devil's Dynamite possesses, as the entire thing is a bit of a bait in switch in a way. Take the poster art for instance, which is seriously a badass piece of awesome if I do say so myself. You've got a desert landscape, blue ninjas, machine guns, grenade launchers, blue ninjas wielding machine guns and grenade launchers, helicopters being blown the heck up…it's a wet dream waiting to happen if you ask me. Sadly, there are none of these things in Devil's Dynamite, not even the blue ninjas. There are ninjas, but they either rock all black, or, in the case of the real deal Holyfield, they roll deep in that silver space suit shit that's become all the rage in the Ninjutsu world. Sure, there aren't any exploding helicopters, but who needs that garbage when you got a dude walking around wearing a silver space outfit like it's no biggie. Funny thing is, the guy that rocks the NASA suit is actually nicknamed Shadow Warrior. Okay, lets take a moment to think about that name and what it implies:

Warrior: Someone that is skilled in the art battle, in this case a martial artist.

Shadow: Something that lurks behind unsuspectingly in a stealth like way, without drawing attention to itself.

Shadow Warrior: A highly skilled martial artist that has the ability to maneuver without being  noticed.

Guy in Tin Foil Suit: A skilled martial artist that is wearing a reflective outfit, hammer pants and a silver space helmet. 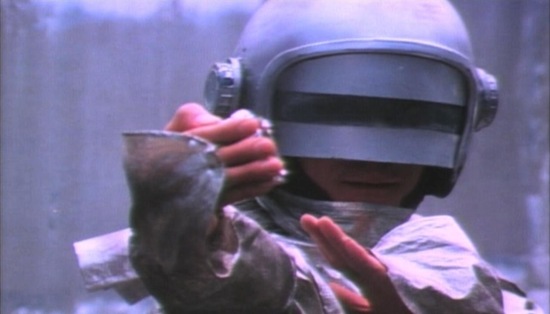 I ain't no mathematician, but that name and description just don't seem to add up for some reason. Either way, no reason is necessary, as, in all honestly, I love  Shadow Warrior and his ultra hip baked potato get up. He looks like an asshole, but the dude can throw down, specifically against the jumping vampires that seem to be causing such a problem for everyone. Oh yeah, there are jumping vampires in this one, which are always so frightening, especially when they, you know, jump. These jumping vampires are the direct result of a criminal rivalry between two onetime lovers, Steven (Tsung Hua) and Mary (a very yummy Angela Mao). You see, way back when, Mary had Steven sent to prison for a reason that I believe was never explained; now that Steven is out of jail, he looks to cause a little trouble for Mary, while Mary is hoping to get her hands on the gold that Steven had stashed away before he was sent to prison. Conflict ensues between the two and yadda yadda yadda and a lot more yaddas occur. 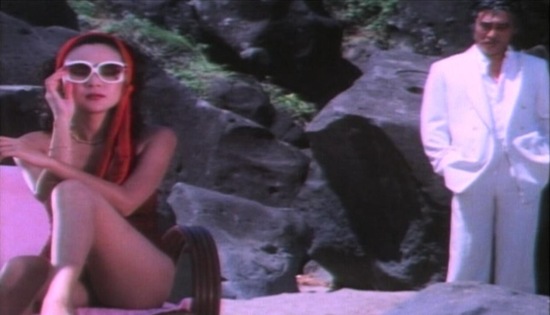 What it boils down to is, Devil's Dynamite is a cluster fart of a film filled with so many random characters and scenes that it's very easy to loose track of what is going on at any given moment. Characters are introduced, only to never be seen again, while others clearly have no sort of connection to anyone but themselves and whoever may be in their specific scene. It's a sloppy mess that only barley stays cohesive enough to express the main story, but I guess that's not what it's all about, right? I mean, this is supposed to be a martial arts film, so I should really take a few moments to talk about that aspect of Devil's Dynamite. As messy as it is story wise, the fighting is competent, mostly because those behind the fists and feet are quite proficient. There are many of the stereotypical elements found in cheap 80's ninja/kung-fu flicks; such as, horrendous dubbing, over-the-top sound design, lots of obvious reverse photography and perfectly executed jump cuts that result in the 'magical' appearance of either a) a ninja b) a weapon c) a jumping vampire or d) tin foil man.

Make or Break: Yikes, this one is pretty tough, as Devil's Dynamite is quite flawed in many ways. However, I feel comfortable about going with a make, which would have to be the first time Shadow Warrior (aka space suit ninja) shows up. I mean, the guy is wearing this outfit and laying blows on bros like it's no ones business. Better yet, he seems to be dressed this way for no reason whatsoever. 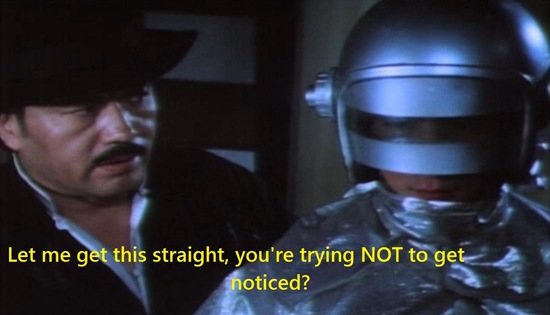 MVT: I'm dropping a triple bomb MVT on yo ass with my pick going to some of the fashion choices that the characters made. There's the often mentioned and beloved "weather balloon" dude, and then there is his mentor, who's get-up of choice comes in the form of a spicy mustard yellow ying yang suit that is only guaranteeing that the ladies will be dropping their pants. Most importantly, however, are the short shorts that this one young man wears, in full confidence nonetheless. 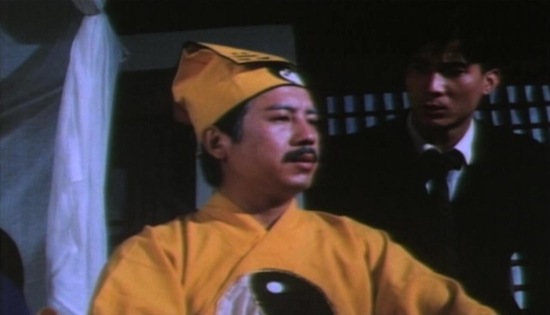 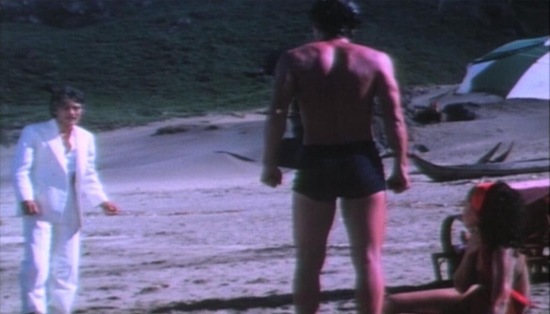 Score: A fair score for me would have to be a 5, which is not as bad as it looks. The film is incredibly flawed and even more nonsensical, but it's so ridiculous that it's hard to not find some enjoyment out of it. It's a perfect background movie for when you can only half pay attention half the time, and sometimes that's all that's needed.