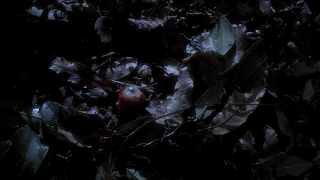 I have a house full of snakes, methinks this film got some snake facts wrong!


Anaconda answers the age old question of what you get when a guy from Paraguay, via Louisiana, and by way of Yonkers adopts a Cajun accent in the Amazon. I'm not sure who was asking such a question, but Jon Voight sure as hell is going to answer said question. His character is the end all and be all of American actors adopting horrendous foreign accents. He may think he's adopting a South American accent, but he really is just a New Yorker doing a horrendous Cajun accent. It shouldn't be surprising that Mr. Voight is easily the reason to watch Anaconda. His character is insanely terrible, yet eminently watchable. If one were a better writer than I they might say that his madness is intoxicating. When he's reciting a prayer while gasping for breath as he kills someone, well dammit, that's not the type of cinema that comes along every day.

The rest of Anaconda is pretty darn terrible. The animatronics actually aren't all that bad, but when mixed with the CG the result is quite displeasing to the eye. Any time the CG is in use the action takes on a fake veneer that is impossible to look past. It's good for a chuckle, but that's not a positive in regards to the film. When your film is being sold on the idea of a giant killer snake it would do the movie well to make sure the giant killer snake looks believable.

The acting is, well, it's of the sort one should expect from a movie like Anaconda. I will admit to getting a perverse pleasure from seeing a few of the actors meet their demise. It's not like Kari Wuhrer is present for her acting chops, believe you me. Watching Ice Cube try to play a hard ass is always good for a laugh, kind of like watching Jennifer Lopez attempt to act in a movie not being directed by Steven Soderbergh.

All in all, Anaconda is terrible. That's the easiest and best way to describe the film. It is funny at times, and ridiculously over the top in a way that did bring a smile to my face. However, as an actual film there's nothing about Anaconda to recommend. The action is badly done, the film is too predictable to be a good creature feature, and the science is stupid in the worst of ways. My wife likes Anaconda a lot, and had I grown up with it I'm sure there's a possibility I would love it for its awfulness as well. However, having just discovered Anaconda I can safely say that the film never enters so bad it's great territory. Mr. Voight is fun to watch, and I did laugh a few times, but on the whole Anaconda is a waste of time.