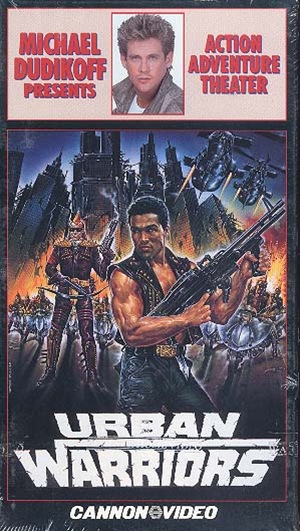 World War III has begun, and within the time I could slow-cook a nice crock-pot of beef stew, it has already come to an end. The planet has been annihilated, leaving nothing more than a wasteland riddled with cannibalistic mutants and madmen, all of whom share a love for riding dirt bikes, shopping at Hot Topic and getting a good, hearty human meal. In a laboratory located below the surface of the earth, three scientists are unaware of the horrific happenings that have come to fruition above ground, but they know something is not right after having felt the vibrations caused by this nuclear catastrophe. After about fifteen minutes spent following the scientist - in poorly lit darkened caverns - they make their way out and onto the surface, only to find the world they once knew is no more. The three scientists come across food and shelter, but it's not long before they learn that they're not the only ones looking for a bite to eat when they are confronted by, the URBAN WARRIORS!

Actually, I don't think the mutants are the Urban Warriors…in fact, I don't think anyone even fits the bill of an "Urban" Warrior at all. Maybe a Desolate Desert Warrior? Whatever. 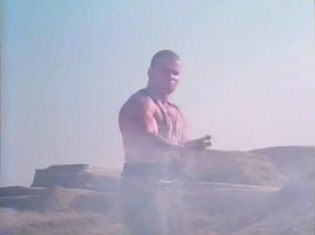 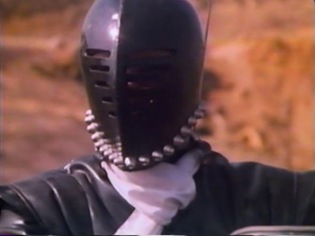 Directed by Giuseppe Vari (Lady Dynamite), 1987's Urban Warriors is an Italian made Post-Apocalyptic film that pits the three scientists against a group of crazed, S&M/Punk Rock styled (aren't they all?) mutants in an all out battle for survival. While two of the scientists are barley worth their weight in Post-Apocalyptic sand, the film focuses much of its time on Brad (Bruno Bilotta), a scientist that's as smart as he is built. With a face only a mother (or Mr. Horse) could love, Brad serves up much of the film's best action moments, specifically with one early fight in particular, where he shows off a mixture of modestly put together martial art's moves, as well as an impressive Parkour like ability that he uses to allude the mutants at an abandoned factory. Oh, yes, I did say an abandoned factory. What Post-Apocalypse would be complete without one? 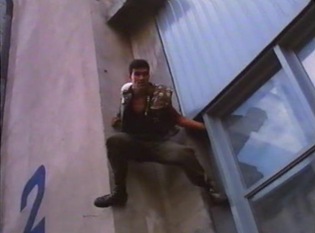 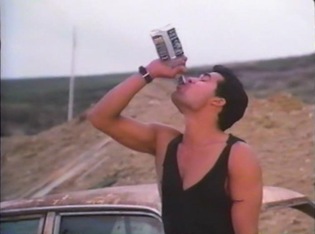 Urban Warriors has, as most films of this genre do, a lot more promise than the punch it's able to deliver. There is the before mentioned action scene - featuring the mighty moves of Brad - that was impressive enough to where I truly expected that I had a gem on my hands. However, after that moment, the action never really picks back up again. At least not to the level of that earlier scene. There are a good number of action-filler car/dirt bike chases (leading to each vehicle type making a trip over the edge of a cliff to a fiery, explosive end) through the desert, or, Apocalyptic landscape, if that's what you want to call it. Then there's a mediocre shoot-out towards the film's end, complete with poorly executed slow-motion deaths that are rotten enough to give Peckinpah diarrhea. Outside of that, there was very little that begged for my attention, outside of Malisa Longo's gorgeous naked breasts, of course. 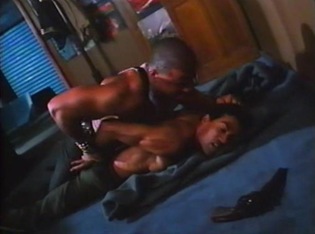 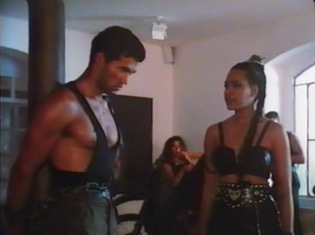 Make or Break: Now, my make or break actually has nothing to do with the film itself, instead, my make comes from the wonderful introduction by master martial artist (and lion king), Michael Dudikoff. As part of Cannon's Action Adventure Theater series of home video releases, Dudikoff would introduce a specific, B-grade action release, which, incidentally, never made it past the first four installments (including: The Bronx Executioner, Bridge to Hell and Cross Mission). Which is less than that of the American Ninja series, for the record. What's really great about this intro is it's the exact same intro that was done for the other films in the Action Adventure Theater series. Like, they had Doodoo-cough record the standard into, turn his gorgeous head, then they recorded whatever needed to be said for whatever movie was featured. It's incredible. But not as incredible as his "I'm a blue collar type o' guy" jean shirt he's wearing.

MVT: My MVT was a pretty easy decision, as it was Bruno Bilotta's Brad that made Urban Warriors far more enjoyable than it could have been. First off, his dubbed, strong-jawed character, complete with one of the most easy going and optimistic personalities, is unlike any typical action hero I have ever seen. He's well spoken, polite and courteous, though, his cleaning skills lack a certain sense of competency (under the couch is not a trash can, Brad!). In all seriousness, Bilotta (who has had an interesting and decent career, staring in films from Warriors of the Lost World, Apocalypse Mercenaries and even recently showing up in the Depp/Jolie vehicle, The Tourist.), in action, is very impressive, and seeing him jump around and use his surroundings for a multitude of acrobatic moves was shockingly good, if not slightly ahead of its time. It's just too bad that he wasn't given many more chances to show his what he's got, but what he did show was enough to give him the honor of being most valuable. 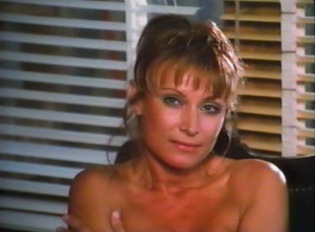 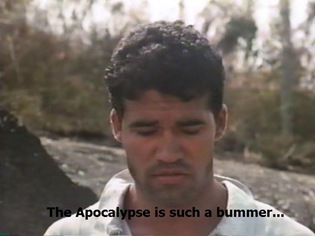 Grade: Any film that teases the viewer with a long awaited end battle between the lead character, Brad, who is a total bad-ass, and the leader of the mutants, played by the monstrous Alex Vitale, and doesn't deliver it, is only two wipes away from a chapped-ass. Regardless, as disappointing as Urban Warriors is in the action department, there is enough entertainment to where I can give the film a very generous 6, though, I wouldn't suggest this one to anyone that isn't a fan of Italian Cult cinema, specifically cheap, Italian Post-Apocalyptic Cult cinema (or fans of The Final Executioner). I didn't dislike the movie at all…I was just more or less underwhelmed, but a lot of that has to do with how much promise Urban Warriors had, as silly as that sounds.