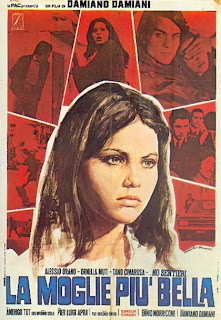 I grew up in a place which at one point in time had garnered the nickname “Mob City” due to decades of Mafia influence, bought public officials, and violence.  Never mind that the area had been started by immigrants and children of immigrants from Ireland, Germany, Poland, and so on (see the story of the Molly Maguires, if you doubt).  No, the “glamorous” world of mobsters was more attractive to read and write about than the trials and tribulations of low class coal miners.  This is not to say that the Mob were boy scouts by any stretch of the imagination.  Far from it.  And they certainly had a pronounced effect on the community at large.  As a matter of fact, in 1976, in arguably their most public display of violence, the Mafia firebombed a local deputy sheriff’s house in 1976, killing not only the deputy but also his wife and three children.  Yet when I was growing up, I don’t think I ever once saw an illicit or bloodthirsty act happen in front of me, and any ill effects from the Mafia’s presence in the city were never felt personally by me.  Maybe that was the point.  Maybe I just wasn’t paying enough attention.  Maybe I was willfully ignorant.  Who can say?

Still, films and television shows like The Sopranos, Goodfellas, and The Godfather are more palatable to the American public compared to those featuring working class characters, regardless of any similarities between them.  To my mind, this is indicative of the American film industry’s tendency to beautify the ugly, or the uglier aspects of ugly people and ugly situations.  Hollywood is, after all, “The Dream Factory,” and I don’t fault them for doing this.  I understand why Playboy and Penthouse are more popular magazines than, say, Torso (for some, at any rate).  In many of the Eurocrime films that I’ve seen, however, the criminals may hold themselves above and live a bit better than the common folks, but they are also closely linked with those common folks, and not just by proximity.  They are big fish in small ponds, but they realize that they are fish, and they realize that it is a pond in which they swim, not an ocean.  It’s this sort of de-glamorization in which filmmakers such as the late Damiano Damiani seemed to specialize (at least from what I’ve seen of his output), and his film The Most Beautiful Wife (aka La Moglie Più Bella) is a sterling example, because not only does it not glorify the Mafia, it’s not even really a Eurocrime film in the way most people think of them.  That Damiani tells a more compelling and memorable story than many other films of the subgenre is a testament to the man’s talents.

Vito (Alessio Orano) is a young Mafioso, and he is present when the big cheeses of his family are carted off to prison by a zealous Lieutenant of the local Carabinieri (Pierluigi Aprà).  But before they go, Don Antonino (Amerigo Tot) imparts some wisdom on the lad: one, prisons should be places of suffering, and behind bars you learn patience, how to wait, and how to endure, and two, marry a woman with high moral character, preferably a poor one.  Enter Francesca (a fourteen-year-old Ornella Muti, whom most readers would recognize from her turn as Princess Aura in Flash Gordon), the daughter of poor farmers.  She begins dating Vito, but will not bow to his desire to control and own her.  With his bosses awaiting trial and the vicious Amantia family breathing down his neck, now is not the time for Vito to appear weak, but what he chooses to do will have repercussions for the rest of both his and Francesca’s lives.

The film is based very closely (from what I’ve been able to read) on the case of Franca Viola, conceivably the largest feminist figure in Italy post World War Two.  But what’s intriguing here is what the film also says about status and the perception of character in a community.  Vito knows that Francesca and her family are beneath him on a social level.  Still he wants to marry her, because of what Antonino told him (obedience), because he feels entitled to do so (hubris), and because Francesca’s refusal to give in lowers Vito in the eyes of people he seeks to impress (pride).  Vito has to look strong in a culture characterized in many ways by male dominance.  Francesca is viewed as lowly to start out, being a simple field worker, but after Vito forces himself on her in a bid to pressure her into marriage, her status is lowered further.  She becomes an outcast from both community and family, and this is especially indicated by Damiani in his use of door frames at this point in the picture.  Like John Wayne in The Searchers, Francesca is now outside society, and though she can stand in the frame and look in, she can no longer be a member, because she is now in direct opposition to that society and its treatment of all women, not just herself.

The male and female leads are mirrors of the opposite sides of the society in which they live.  This is accentuated by the casting of Muti and Orano, specifically due to their strikingly blue eyes.  The moment the two lock eyes at a sidewalk café, Damiani moves the camera in to an extreme closeup of Francesca’s eyes.  They are soft, caring, and full of love.  Contrast this with the intercut shots of Vito in the same scene.  The camera keeps him in long shot, aloof.  His blue eyes are piercing and hard.  In fact, Vito rarely looks straight at people in which he is in conflict.  By that same token, when an informer is shot in the street, Francesca runs toward him.  She becomes a witness to his death and cries for this man she doesn’t know in the slightest.  Francesca’s gaze embraces, Vito’s gaze eschews.  Despite this, despite their incompatibility and Vito’s seemingly mercenary motivations, there is a strong undercurrent of actual love between the two, though neither of them understand it; Vito because the concept is fairly alien to him, and Francesca because, despite her ordeal, she is still somewhat naïve in terms of how the world works.  It turns what could easily have been a standard story into a richly nuanced one, and one in which no one truly escapes unscathed, even when they’re completely in the right.

MVT:  Tempted as I was to give it to Damiani, I have to give it here to Muti (whose real name is Francesca Rivelli, in case you were wondering).  With my predominant impression of this woman coming from the later Mike Hodges film, I can’t say I expected a lot from her in this film.  That said, she gives a performance which is powerful and affecting.  She is by turns coquettish and fierce, steadfast and vulnerable.  That this level of acting comes from an untested teenager makes it that much more striking.