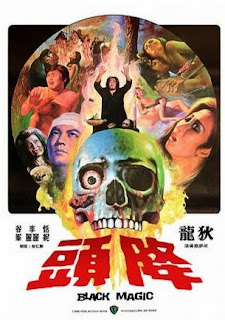 I am thick as a brick.  Truly.  Not physically, mind you (that’s a little more gelatinous, I think).  But when it comes to relationships, subtlety just goes right out the window.  I don’t turn into the Wolf from Tex Avery’s Red Hot Riding Hood or anything.  That’s not what I mean.  What I mean is I have no idea when a woman is actually interested in me (boo hoo).  Signs are not something I’m good at reading in this capacity.  For me to get the picture, I need to be all but bludgeoned over the head (and maybe even dragged back to a cave by my hair).  The more I think back on it, this density has caused me to miss out on several romantic opportunities.  I think it’s partly from trepidation over not wanting to misread a woman’s intent.  The other part comes from the nebulous nature of romantic signals to begin with (this may not apply to you, but we’re not talking about you, are we?) and my own internal, bastard logic which forces me to consider as many possibilities as I can without acting on any of them.  Maybe it’s a fear of commitment?  Conversely, this inability to make out the metaphorical Speed Limit signs on the road of love has allowed me to make a pure and utter ass of myself on more occasions than I’d like to admit where the objects of my affection didn’t reciprocate in the slightest (I’m sure more than a few of you will back me up on this one).  I suppose there’s some cold comfort in the thought that ignorance is bliss, though.  And if nothing else can be said about the characters in Ho Meng-Hua’s Black Magic (aka Jiang Tou), it’s that they are conceivably even less able to take a hint than I.

The film opens with a statement, part of which opines that, “according to Zuo Zhuan, excessive sex can have a similar effect as being under a spell.”  Okay.  Next thing we know, some lady is asking sorcerer Sha Jianmai (Ku Feng) to kill her philandering husband and his paramour.  Afterward, nice sorcerer Furong (Ku Wen-Chung) performs a ritual that destroys Sha’s hut and injures him badly (if temporarily, of course).  Some time later, Xu Nuo (Ti Lung) is sexually harassed at his construction job by Miss Yuo Lin (Tien Ni), though his heart belongs to fiancée Quming (Lily Li).  After Jiajie (Lo Lieh) uses Sha’s magic to bed Yuo Lin (are you getting all this?), she gets a crazy idea.  Go ahead.  Guess.

I can think of very few, if any, films with magic as a central element which aren’t about sex, death, or both, and Meng-Hua’s film is no different (we could even argue damn near every story ever written is the same in this regard, but we have limited space).  Jiajie wants to have sex with Yuo Lin, Lin wants to have sex with Xu, and Sha eventually wants to have sex with Lin, too.  Of course, when the sex component doesn’t work out as planned, the death component kicks in.  Either way, it appears as little more than just wanting to have sex with a person or have them killed.  But what it actually boils down to is control.  The sex and murder are nothing more than the ultimate statement of this desire for control over another person.  Yet, this control is incomplete, because what they get from their objects of desire has nothing to do with actual love.  Since the love spell cast on these people is only expressed through sex, their relationships are more akin to hooker and trick than to real lovers.  For the love they desire to mean anything, it must be given freely, of course.  Since it’s not, it’s not much more than being in love with a blow-up doll (or whatever your favorite marital aid is).  In other words, the love remains unrequited.  Only the physical end is satisfied, and even that’s debatable, depending on your opinion about whether sex is more a physical or mental/emotional act.

Reinforcing the idea of characters losing control of themselves and their lives are the film’s plentiful gross-out elements.  Coconut milk contains blood and tiny worms.  Worms infest a character’s body and have to be drawn out through a bamboo shoot.  Body parts are hacked up and allowed to decay, becoming maggot-riddled.  Grue-caked dead animals are hung outside houses.  These are corrupting elements, and they eliminate free will, because they are directly linked in with the characters’ blood.  In fact, Sha needs blood in order to perform his spells.  That their blood is stolen in the first place for this purpose is already a violation we don’t normally think of, since we rarely consider our blood unless we get cut open.  Yet, it is arguably the most intimate part of our bodies (along with semen; thus, death and sex), and it literally carries our life in itself, thus linking it into our innermost beings, our personalities, our souls, whatever you’d care to call them.  The decay, the worms, all of the elements of Sha’s black magic are indicators of corruption.  It’s not quite enough that a person’s mind is taken over.  No, they are corrupted at a core level, since they are unwilling in their actions (a case could likely be made for rape).

Still and all, once their original personalities return, the characters are basically allowed to return to exactly the way things were before anything happened (or at the very least, we are left with this impression and no definitive proof to the contrary).  This, however, is more a choice of the filmmakers and something we more or less expect from Genre films from Hong Kong in this era.  They rarely, if ever, have a denouement of any type, the big climax being the final statement of so very many Shaw Bros films.  Though this is something I have grown to like about these movies, this particular film is actually kind of dull, all things considered.  There are exploitative elements aplenty, but the characters are all one-note in the extreme (a “B-Flat,” I think), the plot is a revolving door of people getting put under spells, doing their business, and coming out of their spells.  Possibly worst of all, the film looks flat.  The Malaysian settings are completely under-utilized and shot as if Meng-Hua were filming an Industrial short for Pan-Am.  The salacious aspects just didn’t make up for the drudgery of the majority of the film’s runtime.  It’s not bad enough to give it a thumbs down, though.  More like a thumbs sideways.

MVT:  The gross-out moments are the main attraction, and they do the job of being stomach-turning, because they use a lot of very real, wiggly worms, and this gives them a nice, visceral impact.  If only the rest of the film were as engaging on a gut level.

Make Or Break:  The scene where the worms have to be removed from a character’s back really hits the spot.  Without seeing it for yourself, there’s really not much else I can elaborate on, is there?