How We Are All Responsible For Our Cultural Diversity, or, How Freakin' Hard Is It To Get Your Bums In A Theatre's Seat

Evokative Films is a great boutique label based out of Montreal that releases a lot of great films. Below is a article written by Evokative Films founder Stéphanie Trépanier which we urge you to read. For more information on Evokative Films, please visit their website by clicking HERE.

Hey there friends and cinephiles,

Today I’d like to exchange on a very important subject with you, one directly related to Evokative’s very existence: Let’s talk about your interest in International films. It’s a bit of a long read, but I promise I get to a point.

For a long time, mostly when I was lining up for films at Fantasia and later on when I became part of the staff, I kept hearing the film fans complain about the lack of decent releases for International films, dissing the Bad Big Distributors who didn’t give the proper love to the titles they did pick-up and deploring all the great films that had been left on the side of the road after festival acclaim, because they had been deemed “Not Commercial Enough” by the Bad Big Distributors. I totally agreed on the discourse.

I thought, “Hey, isn’t there a market right here, film fans who are passionate about the art and want to see someone go out there and nurture these films? Wouldn’t they be happy about that and support that company that would go against the mentality of the Bad Big Distributors to be a Nice Small Distributor?”. Then I started out in the business and more seasoned folks would tell me how “co urageous” I was to venture out in this type of film, and I would always reply with confidence that I knew that the audience was out there, it just never had been properly listened to.

So I went out and I started picking out films I thought were lacking in our cinematic landscape. I tried out many different countries and genres to see what would stick with you most. I cuddled the films for months, gave them festival plays to make sure it would start getting word of mouth as early as it could. When the theatrical release came around we would get (mostly) amazing reviews, stars abound, the texts stating these were one of the better film to see these days in the theatre. We would do all the bugging we could do on Facebook and via email to plead with you to please go see the film on the first week-end. I would bite my nails all of that week-end waiting for the box-office numbers on Monday morning. And then it would come, disappointingly low, with the news that the theatre would be cutting the film at the end of the week. There aren’t enough screens around and they can’t afford to keep an underperforming film in the hopes that the word-of-mouth will pick up. We would maybe get lucky and get a second week. Never a third.

Then I’d think that all is not lost, because at least all those publicity efforts would help the DVD release later on. We’d work for weeks to hunt down extra features, create the subtitles and design a collection-worthy digipack. All these things are much more expensive than a regular black-box releas e but I thought that it was worth it, to give the film the nice release it deserves. Then we’d work on selling the films and I realized quickly that the buyers of most videoclubs and retail locations don’t really care much about cinema. They sell apples and oranges and I was offering the passion fruit that might end up rotting on the shelves for looking too different. It’s too much of a risky purchase for most of them. So I set up a webstore to go around that wholesale-buyers-barrier and sell the films directly to you, at even better prices than what you would find in stores. Alas, sales have been much lower than expected there as well.

What happens when you underperform in sales? You lose money. Acquiring and releasing films is an expensive affair, even when you are careful with the costs. I was very lucky because I was given access to a personnal investment fund that allowed me to start the company. I could ha ve bought a nice house, travelled around the world or pursued a higher education, but I decided to invest in my dream business. I was not planning on becoming rich, but I wasn’t planning on losing it all either. If I did, I could have just given it to a charity to better results in a worldly point of view. But I believed in the possibilities and throughout the last two years kept believing that if I wasn’t reaching the appropriate results, it had to be because I had not done my job well enough, I had not picked the right film yet or the company still had to be better known, and that things would work out better with the next film coming up.

A few days ago I went to a conference on distribution where one of the speakers talked about online marketing. He told us there are two way to look at our audience: its quantity, the number of people y ou “follow” you in the various medias; and the quality, the amount of people who will actually react to your news with an action, like commenting on a post or making a purchase. If the quantity is high and the quality is low, you have a problem because your audience is asleep at the wheel. And I confronted the truth I had been pushing aside for far too long: My company’s audience, you, are asleep at the wheel. I need to wake you up or the car’s gonna crash.

Here’s the sad truth: Most film fans are hypocrites. They like to complain about the sorry state of the International film industry, but when it comes to actually making the trip to the theatre in a timely fashion, or buying the DVD before it gets in the “15$ or less” bins at the store, they di sengage themselves. It’s easy to complain about the lack of diversity in the theatres and state that we are in an era of blockbuster-based cultural stupidity. It’s less easy to make the efforts to actually do what it takes to keep the cultural economy alive.

So let me ask you: how much is a wide availability of quality International films important to you? If it’s very important, make the efforts: Don’t download. Go to the theatre on the first week-end and help spread the word about the film. Buy the DVD for your collection and tell your friends to rent it. We are in a free market economy. Your dollars vote. You are responsible for your cultural diversity. The same goes with the state of our wider economic, environmental and political issues. Nothing gets better if we don’t each make our own little effort. If it’s not so important to you in the end, then keep things as they are. I’ll end up closing my business as will many other independent distributors. We’ll find other things to do, don’t worry about us. But don’t ever, ever again complain about the poor offerings of the market, because you were partly responsible for its thinning.

I realize that most of those who will read this actually are the one who have been awake, listening and giving us your support. To those of you, thank you so very much. To the other ones, I ask you to please wake up now.

If this note st rikes a chord with you, you may share it with your network of cinephiles friends or even post it on your blog. Spread the word around. Comment on this note and let me know how right or wrong I am. Get in the discussion. I started this company for you, so I’d like to know who you are.

If you want to contribute to Evokative's survival, there are many things you can do:
Go see DOWN TERRACE and DELIVER US FROM EVIL when they come to your city. If a release is not planned in your area, ask your local theatre to book the films.
Rent our films at your local videoclub and if they are not available, ask the manager to buy them.
Head ov er to our webstore and help us get rid of our inventory by actually owning one or a few of our titles. I promise you’ll have a good time with every one of them and they’ll look good in your library! I’ll even give you an extra 10% discount to be applied above our already existing discounts, just for reading this far (WAKEUP10). 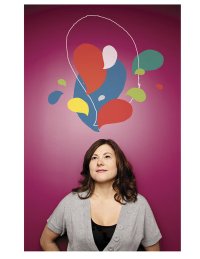 For the love of film,

Posted by Gentlemen's Guide to Midnite Cinema at 8:17 PM