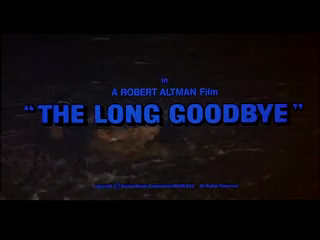 The story is pretty basic, Philip Marlowe receives a late night visit from a friend Terry Lennox, who wants a lift to the Mexican border under the pretext that he has hit his wife and needs to flee. Marlowe obliges but is lifted by the police upon his return and discovers that Mrs Lennox is in fact dead by murder and his pal Terry is in the frame. Marlowe tells the cops nothing, later released when the police discover that Lennox is dead by suicide in Mexico. Or is he? Marlowe takes on a case for the wife of a missing alcoholic writer, a mobster comes out of the wood work looking for money Lennox stole and Marlowe finds himself up to his neck in trouble.

A little gem of 1970s crime movies, The Long Goodbye takes on the atmosphere of something like Chinatown but staples on a more subdued and natural tone. There are the genre conventions of plot twists, shadowy professionals, crooked monsters and dumb police but Altman steers the film with a sardonic hand, guiding the film into different waters than say Gene Hackman’s Night Moves from the same period. 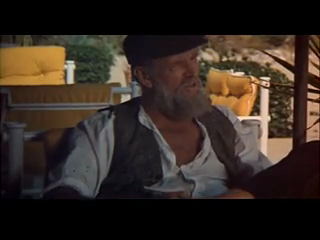 The real crux of the film is Elliot Gould, primarily a comic but perfect for the smart mouthed hero of the film. Dressed in a crumpled suit with a cigarette constantly glued to his lips, Gould works the iconic P.I. figure as a man out of time, driving an old car and acting with sarcasm and bemusement at the 70s world around him. Constantly mumbling, sometimes as a mere voiceover, Gould feels like a narrator, or someone doing a dysfunctional dvd commentary at times and is nothing less than constantly witty, running an almost stream of consciousness dialogue about everything and anything.

Alienated, with values that seem out of place in the seemingly corrupt glamour of Hollywood Marlowe seems adrift throughout, everyone in this film are not what they seem, many of the lead characters by the film's end are revealed not to have been the character conventions the audience would have expected them to be.

The only man who is as he appears, is the mobster Augustine played exceptionally well by Mark Rydell. In a weird way his character is less Godfather and more simmering, off kilter Takeshi Kitano yakuza soldier. If he isn’t scatting in gangster jive, he’s glassing women in a very shocking sequence or asking people to disrobe.

Another great performance is Sterling Hayden who plays the writer Roger Wade, a tour de force of yelling and alcoholic confusion. I am guessing his character was based on someone like Ernest Hemmingway but I can imagine some of Altman’s Hollywood peers of the time acting like this Looney tunes. 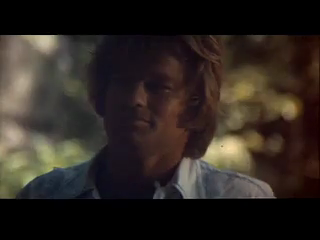 With its off kilter story and execution and Altman’s skill as both storyteller and film maker and with a great cast, especially Elliot Gould, The Long Goodbye is a stone cold classic of modern noir and 70s cinema. Watch out for Arnie in his underpants as one of Mark Rydell’s goons.

Most Valuable Thing: Elliot Gould. Without him the film would be so much less and probably just a standard mystery piece.


Make Or Break: The film is made as soon as Marlowe is lifted by the police, his reaction to their forceful queries is comedic gold. Altman’s strengthens it by using different shots from in the cell then the reactions of the other cops behind the one way mirror.

Score 8.5/10 An excellent film and Elliot Gould’s finest moment. For me it’s also Altman’s best genre piece, his western McCabe and Mrs. Miller leaves me cold but this movie for all its negative characters and double dealings leaves you with a smile on your face by the time Marlowe is walking into the unset playing the harmonica, doing a jig as he goes. The script is worthy of Tarantino too. Top stuff!
Posted by Charlie Parker at 2:53 AM