Cinema de Bizarre Review of the Week: Brothers Till We Die (1978) 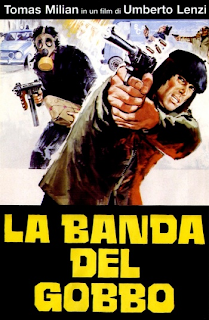 While he's gone on to work with the likes of Steven Soderbergh and Steven Spielberg to name a few, Cuban actor Tomas Milian is mostly remembered 'round these here parts for his performances in a number of Italian Eurocrime films from the 70's and for bringing an unparalleled amount of energy, charisma, and charm to his roles. Even when he's playing murderers and rapists, you can't help but be drawn to the guy. So you can imagine BROTHERS TILL WE DIE being quite an easy sell for fans of his seeing as Milian plays not one but two characters, and brothers no less. Not only that, but one of the brothers is a hunchback and the other is a dim-witted moron who eats cigarettes. How can this not be gold?

BROTHERS TILL WE DIE is a bit of a spoof of the Eurocrime films that were popular at the time, which certainly makes it an interesting oddity of Italian genre cinema. As I already mentioned, Milian plays unidentical twin brothers, Vincenzo and Sergio, who are respectively referred to as "Humpo" and "Piggy" throughout the film. Vincenzo, who shows up out of the blue and reunites with Sergio after being in hiding for a few years (either that or he was in prison), is a hunchback (hence the nickname "Humpo"), which is sort of ironic considering he's the more handsome and intelligent of the brothers. On the other hand, you have Sergio, a greasy mechanic who rocks a really bad-looking afro/perm and acts rather bufoonish. Sergio is always covered in dirt and grease, which earned him the nickname Pig Sty ("Piggy" for short). The way they contrast each other is interesting, in that you'd get a fairly normal human being if you combined the two. Something obviously went wrong when their mother's eggs were being fertilized. 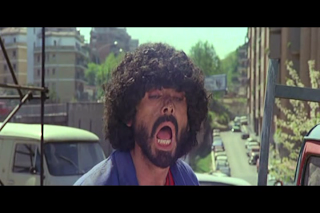 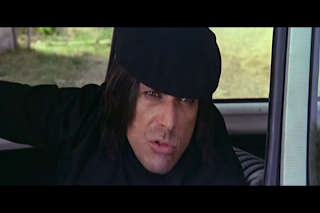 It's revealed early on that Vincenzo is a thief, which would explain why he's been out of sight and out of mind for the last few years leading up to when the movie takes place. Vincenzo is itching for another score despite the cops watching him like a hawk, so he recruits a team of criminals who eventually betray him when they finally pull off the heist (this takes place in the first act of the movie, so it's not a spoiler). Thinking they shot him in the midst of the pandemonium, the group of criminals leave Vincenzo for dead. Little do they know, the hunchback sneaked out the proverbial back door, only to hide out with a hooker and plan his revenge, which he exacts throughout the remainder of the film while Sergio acts like an idiot and gets into his own little adventures in psychiatric hospitals and whatnot.

BROTHERS TILL WE DIE sounds too good to be true, what with Milian playing dual roles and whatnot. I'm happy to report that this film actually delivers the goods. Most importantly, it's funny - VERY funny. Aside from that, you also get bad wigs, the obligatory Eurocrime Fiat chase, montages of people getting arrested, a funky and genuinely solid musical score, lots of J&B-drinking, and a hunchback thief for fuck's sake. It's also refreshing, in that it's a film that can still fall into the Eurocrime genre, but it's a Eurocrime film that was made purely for entertainment and laughs rather than having some sort of political or social message. Another interesting aspect of the film is that it actually portrays the police in sort of a positive light and capable of their jobs rather than being corrupt or just flawed characters in general. BROTHERS TILL WE DIE is obviously not a film that's gonna turn people on to Eurocrime, but it's an interesting little gem that people who are already fans of the genre can seek out, and it's also a movie that people who aren't necessarily fans of the genre can watch and get some enjoyment out of. The film has its issues (Vincenzo's monologue in a nightclub, for example, is pretty brutal, and there are parts of the film that drag), but it's a fun movie that delivers the laughs for the most part. Also, drink every time someone says "Humpo". 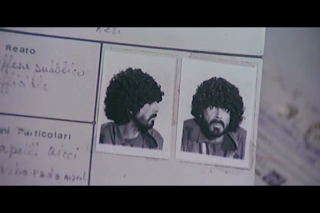 Make or Break: The psych ward scenes involving Sergio are absolutely hilarious and easily the highlights of the film for me.

MVT: Tomas Milian. It can't not be Milian. This is obviously not a film that he'll be remembered for when it's all said and done and Milian hangs them up, but it's a fine showcase of his charisma and comedic abilities. This would make for an interesting double feature with ALMOST HUMAN, which was also directed by Umberto Lenzi and features Milian in a more serious performance as one of the most ruthless antagonists in a Eurocrime movie ever. They also worked together on SYNDICATE SADISTS, which I haven't seen yet.

The Disc: 2.35:1 aspect ratio, anamorphic widescreen, English dubbing with no subtitles. Picture quality isn't as sharp as, say, a Eurocrime film remastered by Blue Underground or something, but it's still pretty decent. Not sure where it originated from, but what I can say is that this is a DVD rip from a source outside of North America, as this film has never been available in the US and Canada on DVD that I'm aware of. That being said, this is a good quality, hard-to-find Italian genre flick available at a great price. The sound quality is good as well.

Be sure to use promo code GENTLEMEN for 10% off your orders!