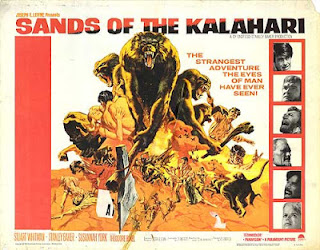 The first time I went on an airplane, I was not scared.  I was flying to visit my uncle in New Hampshire, and I was probably about thirteen or fourteen years old.  I had no butterflies in my stomach.  I had no trepidation about looking out the window at the ground so many miles beneath my feet.  As a matter of fact, I kind of liked flying.  Unfortunately, my feelings are not the same today.  I have been on more flights than I would care to count which have flown through hellacious turbulence (the actual number is probably far less than ten, but I feel that’s more than enough, don’t you?).  I have been on flights where it felt like we were coming down for our landing at a (shall we say?) not-so-great angle.  I’m sure that when you’re piloting a flight like that, you have a large degree of control, and the danger is as minimized as it can be.  That said, I am an inveterate misanthrope and distrustful of most people, so my faith in airline pilots is about the same as the distance I can throw them (did I mention I have a bad back?).  I realize that the odds of being involved in a fatal airplane accident is about one in a million, but more often than not, I feel more like the one than the million, especially mid-flight when it feels like the large metal coffin you’re gliding through the air in (as well as your bowels) are about to make fast friends with Mother Earth.  Now, just add in a swarm of locusts, and you have Cy Endfield’s Sands Of The Kalahari, a film which has done nothing to alleviate my phobias about aviation, whatsoever.

When their flight to Johannesburg, South Africa is delayed, a small group of passengers, including Grace Munkton (Susannah York), Mike Bain (Stanley Baker), Mr. Grimmelman (Harry Andrews), and Dr. Bondrachai (Theodore Bikel) find a small cargo plane willing to take them that evening for a nominal fee.  Piloted by the jovial-but-caddish Sturdevan (Nigel Davenport), the plane takes off with one additional passenger, great white hunter Brian O’Brien (Stuart Whitman).  Running afoul of the previously mentioned winged insects, the plane goes down in the middle of the (you guessed it) Kalahari Desert, and the survivors are faced with two choices: live or die.

Simply put, this film is in the Survival subgenre, yet what’s interesting in this one is the setting.  It’s not so much that it’s set in the desert (there are scads of movies about characters stranded in a desert), but what this particular desert says about the story.  The film came out at a time when apartheid was still national policy in South Africa and only two years after Nelson Mandela was imprisoned for his anti-apartheid efforts.  However, the rest of the world was not really on board with South Africa’s practices at this point, even though the United States had only just passed their own anti-discriminatory Civil Rights Act in 1964.  The film very subtly addresses the idea of segregation within its first few minutes.  As Grace makes her way along the airfield, there are bunches of African kids hanging on the fence, calling out and gesticulating.  It’s not that they are portrayed as particularly dangerous but more as full of life and energy, and they almost seem to be taunting the white people who pass them by, the fence the only thing keeping the whites safe (in their own minds, at least) for now.  Upon entering the airport terminal, there is almost total silence.  It is unnatural, this quiet, but it also serves to describe the differences of the racial divide.  The whites inside the terminal are cold and lifeless.  Here they are guarded and distinctly separate from the rest of the world outside the door.  In a sense, then, it can be argued that the locusts which take down the plane and the travails that follow are a sort of revenge on the people who have partaken in and enabled the racism which has divided the nation by the very land itself.

This sort of story set-up will typically lend itself to a microcosm cast, a sampling of different types representing different sections of society and watching how they interact under great stress.  Not so much with Sands Of The Kalahari.  Aside from the affable Grimmelman and the timid Bondrachai, the characters are rather unlikable.  Sturdevan is a misogynist pig and a borderline rapist.  Bain is a self-pitying drunk with a bad leg (making him an even more flawed and incomplete man who could never be a suitor for Grace’s affections).  Speaking of Grace, she starts off as a tease but quickly becomes an opportunist giving herself over sexually to O’Brien, because he is the most traditionally masculine and capable of keeping her alive.  O’Brien is a bloodthirsty paranoiac who is only looking out for number one (and not really caring if he steps in number two).  Even without any redeeming values among them to make them sympathetic, there should still be something there to keep the audience following their tale.  Unfortunately, they all seem to act out of character at a moment’s notice, seemingly in attempts to garner said sympathy, but these changes felt forced and hollow to me.  I would guess this has to do with the film being an adaptation of a novel (by William Mulvihill), so the episodic feel (which should help us see the characters as more rounded individuals) simply leaves one with a rather uneven impression.  Oddly, this also appears to reinforce my theory that South Africa wants to have its vengeance on these people.  Making them jerks just makes it easier for the audience to want it done.

We expect this type of ordeal to be either transformative or truthful.  That is, we expect the characters to either become different people from how they started or to show who they truly are behind any façade they may wear.  I would actually argue that it is both transformative and truthful.  The trials and tribulations set before a character are going to change them, even if it is only for the duration of their misfortunes.  And since character is shown by the actions one takes under pressure, we are seeing these people for who they really are.  Ergo, the transformation is in the stripping away of the fronts people put on in polite society and showing in public who they are behind closed doors.  That the characters in this film are not really worthy of the redemption we would normally afford someone who has undergone a trial by fire is a bit of a letdown.  But then again, the filmmakers only seem to be interested in judging (and punishing) one of them in particular, and since no standard of conduct is laid down or enforced in the diegetic world, how can any of these characters be either damned or praised, since the film itself doesn’t want to do it?  This non-judgment doesn’t make them any more appealing, though, and I personally wouldn’t want to spend five minutes with the majority of them outside of this movie.  But then, that’s my prerogative, isn’t it?

MVT:  Endfield’s direction is clean and clear, and along with Director of Photography Erwin Hillier, he has a fantastic grasp of widescreen cinema.  Every inch of the screen is used to amazing effect, and the film is gorgeous from start to finish.

Make Or Break:  The Make is the scene when O’Brien is down in a hole and desperately flinging himself at the sheer walls in a vain attempt to free himself.  As he clambers around, he babbles incessantly, and his character is finally stripped bare.  It’s a great moment and only beats out the final scene for me, because it was the point at which I decided I like this film.