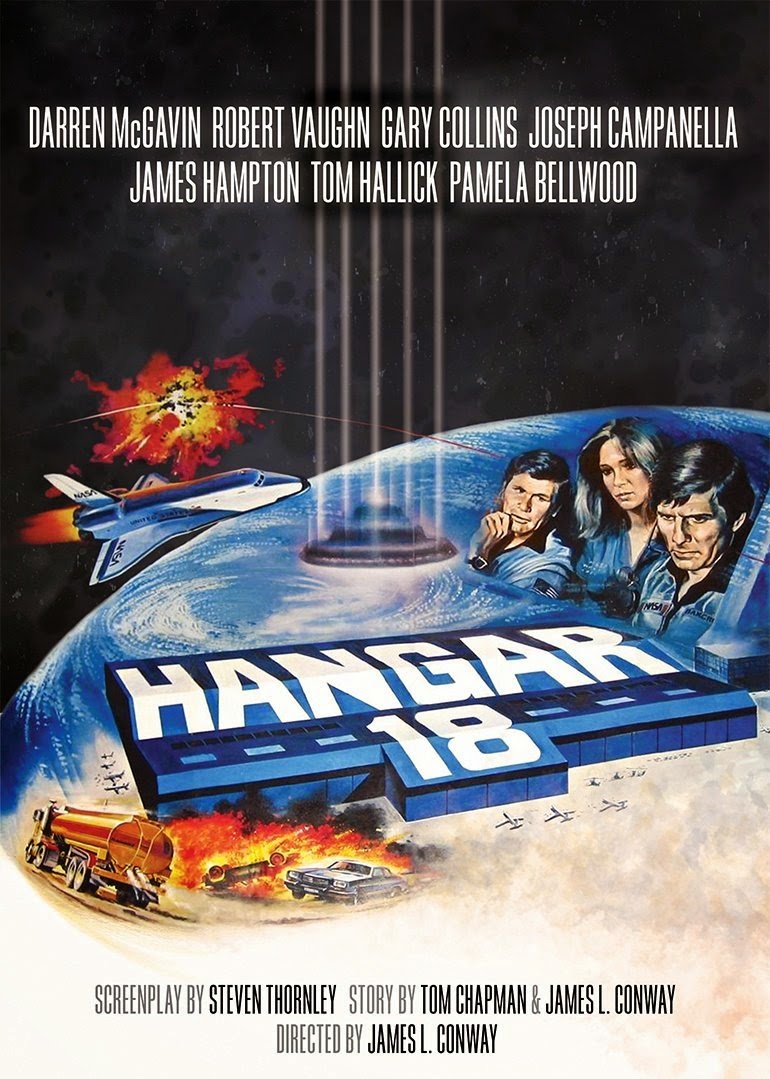 I’m sure there are those out there who remember the late, great Darren McGavin as the titular Mike Hammer of the 1958 television series.  Based on what I know about Spillane’s character (and not having seen any episodes), I somehow can’t imagine McGavin in a role that hardboiled.  That said, he has played some memorable villains, even in things like the much-maligned (and not completely undeservedly so) Dead Heat.  But, to my mind, the role that fit him like a glove was (you can see it coming, can’t you?) Carl Kolchak.  Beginning with the made-for-TV film The Night Stalker in 1972, the intrepid reporter in the seersucker suit made his way through a sequel film (The Night Strangler) and the short-lived series Kolchak: The Night Stalker.  While the unearthly menaces that filled the show’s runtime wavered in quality from genuinely creepy to outright laughable, two things stand out.  One, the show’s creators were not afraid to throw offbeat ideas into the mix (a Spanish Moss Monster?  A Rakshasa?).  Two, McGavin’s portrayal of Kolchak was equal parts charming, credulous, sarcastic, and audacious, and if it hadn’t been for the formulaic approach to the stories and the low production-value-to-ambition ratio, I believe the program would have lasted a long time (for better or worse).  It’s still remembered today as a cult oddity, but the people who love it do so ardently.  It’s clear that without Kolchak there never would have been The X-Files (series creator, Chris Carter, declared this influence early and often), or Buffy the Vampire Slayer, or Supernatural, and so on.  Furthermore, without Darren McGavin there would never have been a Kolchak, because frankly, I cannot imagine another actor being able to fill those tennis shoes even half as well.

During a routine space shuttle mission to launch a satellite into Earth’s orbit, a UFO appears, causing the satellite to explode, decapitating one of the astronauts, and forcing the flying saucer down somewhere in Arizona.  Seizing upon this golden opportunity, General Morrison (Philip Abbott) has the spacecraft carted off to the eponymous hangar.  He then tasks NASA mission manager Harry Forbes (McGavin) with assembling a special team to investigate the ship and its occupants.  Meanwhile, surviving astronauts Bancroft (Gary Collins, perhaps better known for his emcee duties on shows like Hour Magazine) and Price (James Hampton, perhaps best known as Teen Wolf’s dad in the 1985 movie) launch their own inquiry when they unjustly catch the blame for everything.

Director James L. Conway’s (perhaps better known for The Boogens and as Mr. Rebecca Balding) Hangar 18 (aka Invasion Force) comes straight out of the notions of Chariots of the Gods.  Yet, it clearly wants the money which Space Operas were raking in after the success of a certain Death-Star-centric film which came out in 1977.  The opening credits bear this out.  The main title is designed as if it were for a heavy metal band.  The rest of the credits all use a rather inconsistent “Sci Fi font.”  This is all rolled over George S. Price’s plucky, bombastic score (as conducted by John Cacavas).  Needless to say, when the first shot you get after these titles is a rather flatly-lit, undetailed miniature of the space shuttle, expectations meet reality like a runaway train.  This is a dichotomy the film maintains throughout but still manages to subvert (in the disappointing sense of the word).  It feels as if they wanted to make a Conspiracy film and tried to sell it as a Science Fiction Epic.  Ultimately, it never quite satisfies as either, and that’s unfortunate, because this could have been a true diamond in the rough.

Like with all Conspiracy/Paranoia films, the Big Bad is either the government or a corporation (typically in league with the government).  Here we have the former as embodied by the calculating Gordon Cain (Robert Vaughn), Chief of Staff (I assume) of the never-seen President Duncan Tyler.  The big election is only two weeks away, and since Tyler ran on the premise that aliens don’t exist (sort of, but yes), the presence of an actual UFO on American soil is a trifle bothersome.  As a result, top secrecy must be maintained at all times (even though an alarming amount of people are brought in to deal with it), and this also means sacrifices must be made (see aforementioned astronauts).  Like the more interesting villains of page, stage, and screen, Cain realizes he must do bad things, but he has good reasons for doing them (or at the least, he is adept at rationalizing his decisions to himself).  Normally, malefactors of this ilk are filmed awash in shadows.  They move in secret, their intentions masked from the audience until such time as their revelation will carry maximum impact.  These guys aren’t like that.  They seem to honestly struggle up to a point with the choices they have to make.  It’s an odd perspective to give to the viewer in light of the film’s narrative.  But it’s not the only odd perspective the film takes.

Harry and his team (including a bearded Steven Keats) comb over the flying saucer, trying to discover everything they can.  This sets us up for a more psychological type of Science Fiction film.  Nevertheless, we get a scene where Harry accidentally fires a devastating laser inside the lab.  We get a scene where Phil (Tom Hallick) accidentally causes the UFO to hover and glow menacingly.  The film wants to gratify the “soft” Sci Fi crowd (think: Star Wars) and the “hard” Sci Fi crowd (think: 2001: A Space Odyssey) simultaneously.  Sadly, neither are carried off completely.  Just like with its Conspiracy elements, the Science Fiction elements of the story aren’t peeled away in layers that propel the story forward and compel the moviegoers’ attention.  Everything is very plainly stated, very matter of fact.

Additionally, the filmmakers’ take on the discoveries (inside and outside the spacecraft) is guileless.  There is nothing in the movie which cannot be guessed, guessed correctly, and guessed expeditiously, so the viewing of the film feels like reading The Little Engine That Could for the thousandth time.  Sure, it’s still a good story, but it divulges no further wisdom.  Just the same, I do have to wonder if this predictability is because of the filmmakers’ uncomplicated attitude or this watcher’s (and I’m sure many modern watchers, though this isn’t my first viewing, and I can say confidently that my reaction has remained fairly consistent) much more cynical one.  While I would love to say that the blame falls more on me than on Conway and company, their lack of commitment to their material is fundamentally demonstrated by the film’s denouement.  It’s not dark enough to completely fulfill its Conspiracy expectations.  It’s not big enough to completely fulfill its Action expectations (though credit where it’s due, there are some tasty explosions interspersed throughout the movie).  And it’s not thought-provoking enough to completely fulfill its Science Fiction expectations.  If these expectations fit your expectations, have at it.

MVT:  The discoveries made on the UFO are fun, but they’re fun in the same way that the end of your favorite film, book, et cetera is.  They’re just altogether not unexpected.

Make or Break:  There’s a big “A-Ha” (not the Norwegian pop band) moment regarding the aliens and their relationship with the Earth.  As stated, the reveal is nothing all that intriguing, but McGavin’s delivery brings it home.  Rest in peace, sir.