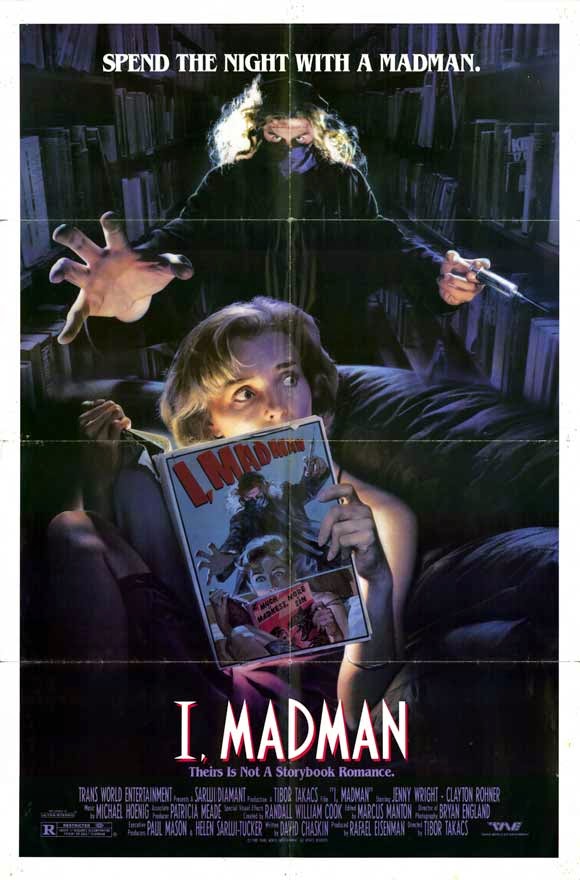 Hey, kids, remember mixtapes?  Of course, you do.  And even if you didn’t, the insanely wild popularity of the “Awesome Mix Vol. 1” from Guardians of the Galaxy (okay, and the insanely wild popularity of the movie, too) has certainly brought them back into the public eye with a vengeance.  James Gunn’s film also succinctly summed up what made mixtapes special and appealing.  They didn’t have to have a theme.  They could simply be a collection of songs you like.  Nevertheless, it was the ones that were assembled with purpose that were the most special.  We laugh today at some of the motifs (“Doug’s Rockin Party Mix,” “Mellow Jams,” et cetera), but there was a soul-baring forthrightness to them that held the majority of their charms (the others would be the packaging and the format itself, but that’s a much longer conversation).  For those who were awkward talking to people (I’m of course thinking of other people, not me), the mixtape could express all the things they couldn’t say, and set it to a catchy beat.  They were like serenades for which you didn’t have to pay live musicians.  I can’t honestly think of any longterm couple who came together because of a mixtape, but it sure is a nice thought, don’t you think?  And almost anything would be a better gesture of someone’s affection than what Malcolm Brand (Randall Cook) gets up to in Tibor Takacs’ I, Madman (aka Sola in Quella Casa aka Hardcover).

Virginia (Jenny Wright) just loves herself some scary Horror novels, and she becomes particularly entranced by the work of one Malcolm Brand after reading his first book, Much of Madness, More of Sin.  Virginia’s hunky cop boyfriend Richard (Clayton Rohner), however, doesn’t like how her reading habits affect her, especially since they usually lead to his receiving a booty call  in the middle of the night (what the hell is wrong with this cat?).  After a fruitless search, Brand’s second book (the eponymous one) mysteriously shows up at Virginia’s front door, and the people around her start dropping like flies in line with the tome’s plot.

Dark Love is a subject running heavy through I, Madman, and it’s a theme that’s been around seemingly forever (if not, actually forever).  Brand craves the love of Anna (in the book) and Virginia (in the “real world”), but her rejection of him causes what must have been an unstable psyche to begin with to plunge off the proverbial cliff into full-blown psychopathy.  And so the stalking begins.  Brand collects the physical features he thinks Anna/Virginia is attracted to from his victims and attaches them to his own face.  That these individual pieces, when added onto his face, only serve to make Brand more grotesque completely escapes him.  But it is the act of transformation which he believes will attract his unrequited love to him.  That this transformation is only on a physical level further reinforces Brand’s misunderstanding of the situation (and it’s worth noting that not all of the features he purloins are from males).  After all, one can own a Porsche and still be a total douchebag (as we have learned from so many Teen Romantic Comedies).

But it takes two to tango, and Virginia has moments of transformation as well.  In the real world, Virginia wears glasses much of the time (something she makes sure to remove when Richard comes to visit).  She also has a tendency to hunch her shoulders, a picture of timidity.  She likes Richard, maybe even loves him, but as she tells co-worker Mona (Stephanie Hodge), she doesn’t want to commit to him.  By that same token, she is not the virginal prude the audience expects in a character who is primarily defined as a bookworm.  She reads some of Brand’s work to Richard as she peels off his clothes, but it’s not indicative of her desire for “bad boy” loving in her life with Richard acting as a stand-in.  Virginia does what she wants to with her body.  That she gives it freely to Richard (the safe, status-quo-upholding, protective, handsome figure) while rejecting Brand (the dangerous, deviant, threatening, hideous figure) puts the lie to the notion that she wants anything other than an unadventurous life, particularly since she rejects Brand immediately outside of the written page.  As words in a book, he’s enthralling.  As a flesh and blood suitor, he’s the pits.

Art not only imitates life in this film; it is life.  It’s hinted that Brand was into Alchemy and all sorts of Dark Arts.  Outside of the Jackal Boy (a great, Randall Cook [yes, the same one] stop motion creation), there’s very little in-depth probing of this angle.  The film’s metatextual facet is a major appeal for me, and through this Super Science device, there is some narrative explanation for the return of Brand.  Virginia enters into the stories in the form of Anna, and the physical world around her changes accordingly.  Clearly, this points to I, Madman’s roots as a take on the Nightmare on Elm Street franchise.  And yet, as a visualization of how we invest in words and imagine them transporting us, it’s marvelous.  But there is also some hinting that Virginia is the specific focal point for Brand’s resurrection.  After all, she couldn’t have been the only person who ever read Brand’s books, no matter how miniscule the print runs from publisher Sidney Zeit (Murray Rubin) were.  In fact, Richard reads the book with no adverse effects whatsoever.  It only makes sense, then, that Virginia’s emotional involvement is the key needed to unlock the door to the afterlife for her lovelorn lunatic.

With that in mind, everything that happens in the film could also be seen as a figment of Virginia’s deteriorating psyche.  She could just as easily be the “madman” of the title as Brand.  This sort of story has this concept built in, because anyone who Virginia tells about her ideas is going to be disingenuous.  Naturally, none of the cops, including Richard, believe her.  One of her first sightings of Brand is for a split second in a book store mirror.  How does she know it’s him?  How does she know what he looks like?  How do we know she didn’t actually just catch sight of herself in the reflection (camera angle aside; We’re talking about Virginia’s psychology here)?When she interacts with Brand directly, the scenes are shot in a stylized, dreamlike fashion (again harking back to Nightmare).  There is copious fog, bright backlighting, wide angle lens usage, billowing curtains, Dutch angles, and so on.  Since Virginia’s reading of Brand’s words seemingly incite the mayhem in the story, she bears some form of complicity in the murders and mutilations.  Takacs and company want the viewer to doubt (if only slightly) whether what’s occurring onscreen is real or imaginary.  There is more than enough information here to read the film as a straight up Supernatural Slasher movie (and this is most likely the preferred reading).  But there is evidence to allow interpretation as a Psychological Thriller, as well.  The main problem with either is that the film doesn’t set up clearly defined rules to follow in these regards.  The rules of this cinematic world are capricious at best.  It makes the overall viewing experience something of a hodgepodge and not as satisfying as I wish it was.  Also, and perhaps worse, Brand is underdeveloped as anything other than a standard boogeyman.  Outside of his narrative motivation and what we’re told about him, he does not distinguish himself in any significant way from the pack of Slashers.  I still have a major soft spot in my heart for I, Madman.  I always will.  Just not enough to record a mixtape for it.

MVT:  I love the ideas in the film.  They’re right up my alley in so many ways.  If only the filmmakers had taken the time to hammer out their story’s bumps and give us more three-dimensional characters.

Make or Break:  The opening scene is atmospheric visually and has a distinct, heightened, pulpy flavor that sets the tone for the film’s ambitions.