This week, West Coast Gent, Rupert Pupkin presents an old interview he did with the great Joe Dante in early 2010. The interview was originally done for and featured in the April 2010 issue of Paracinema Magazine. Rupert got to sit down in person with Mr. Dante in this, one of the first interviews he ever did. Dante's GREMLINS 2 has just hit blu-ray an Rupert highly recommends it. And don't forget, Mr. Dante is also the main guru behind the phenomenal website Trailers From Hell, which you can find at trailersfromhell.com 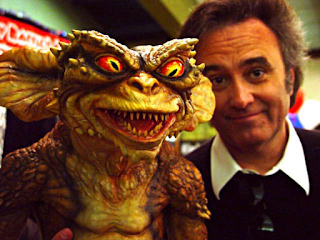 Posted by Gentlemen's Guide to Midnite Cinema at 8:38 PM