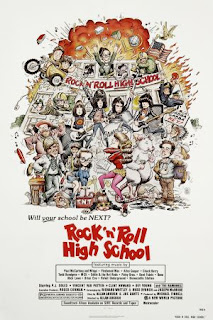 I only ever had detention once in high school, that I can recall (the actual number may be greater, but that's my story, and I'm sticking to it). The sad part is I genuinely didn't do anything to land there that time (yes, really). You see, I was in Algebra class, seated in the back. Some kid sitting next to me passed a comment about a certain biological process that only women go through with regard to a girl in the class. Meanwhile, I was watching a different kid in front of me doing something stupid and let out a little chuckle. So when the girl complained about this guy's comment (and rightfully so), I was implicated, because I had been smiling when it went down. Of course, the vice principal didn't want to hear any of my explanation, and I spent that Saturday picking up garbage around the school grounds. I guess the vice principal never heard Abraham Lincoln's quote, "I have always found that mercy bears richer fruit than strict justice."

At Vince Lombardi High School, where "winning isn't the most important thing…it's the only thing," the student population…actually seems relatively well-behaved. Nevertheless, the school board has decided to elect Miss Togar (the severe-looking but still exquisite Mary Woronov) to be the new principal. Along with her henchman-esque hall monitors, Fritz Hansel (Loren Lester) and Fritz Gretel (Daniel Davies), she plans to bring the school under the iron heel of discipline. Opposing her is Riff Randall (P.J. Soles), a hardcore rock 'n' roller, whose only wish in life is to get her songs into the hands of her favorite band, The Ramones. With Riff is nerdy best friend, Kate Rambeau (Dey Young), who wants to get together with the drab Tom Roberts (Vincent Van Patten). Needless to say, the arrival of the actual, honest-to-God Ramones eventually brings everything to a head. 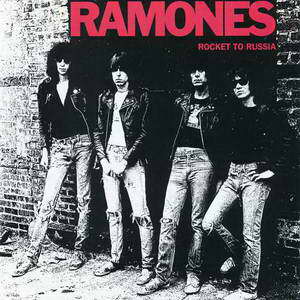 I would wager, when you inquire about non-concert films centered on bands, most people will cite either Kiss Meets The Phantom Of The Park or Can't Stop The Music. Often, they will do this in a groan-tinged voice while lifting their heads up to the heavens, pleading for mercy. The reason is obvious. Musicians, while still entertainers, do not necessarily (and more often than not just don't) make very good actors (Gene Simmons's role in Runaway excepted, of course – "They're loaded with ACID!"). Just watch one of the two films listed above, if you doubt me. That producer Roger Corman decided to change Allan Arkush's film from Disco High to Rock 'n' Roll High School (at the director's behest) and center it ostensibly on one of the progenitors of punk was a wise move, I think (though who wouldn't want to watch Disco High?). It goes without saying, the Ramones were no thespians either, but their attitude helps the film work when they're onscreen. They obviously don't take any of this seriously, and honestly, do you think Lee Mouton would allow himself to be force fed wheat germ and Brussels sprouts? Maybe. But Joey, Johnny, Dee Dee, and Marky are just having a good time, playing their music, and collecting a paycheck, and their performances work for the film. 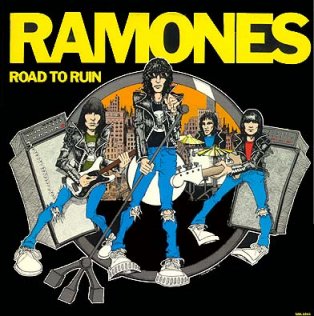 Like the Ramones' appearance and musical attitude, the film is styled after the "juvenile delinquent movies" of the 1950s (Rebel Set, Bloody Brood, and so forth). However, rather than commit heinous acts of violence in rejection of the rules of society, the teens in Rock 'n' Roll High School rebel through (silly as it sounds) fun. This, then, is the other side of the juvenile delinquency coin, because the kids don't want to destroy, they just want the freedom to do what they want to do, yet their rebellion is still overt. Similar to Footloose a few years later and so many others, it's the uptight (nay, Nazi-esque) bureaucracy that needs to be overcome. And it's the power of music which will do it. Of course, once the revolution starts, there's no stopping it, and anarchy reigns in the hallowed halls of academia. Playing into the wish fulfillment every teenager secretly harbors, Arkush goes down a list of things we all wish we could have/should have done while we were in high school. I mean, who wouldn't want to take a chainsaw to the permanent records we were all threatened with constantly? Who wouldn't want to throw the crappy food served in the cafeteria back at the servers (granted, they were just working with what they were given, but here you get the sense they enjoyed inflicting culinary crimes on students)?

There's a ton of destruction on hand, but it's all fairly harmless. No one dies or (with two notable exceptions) even gets hurt. There's a gleeful sensibility at play in every frame of the film. Essentially, the filmmakers entice the viewers to just turn off, relax, and let the merriment wash over them. Arkush and company fill the frame with all kinds of visual treats, and the tight editing (the director was an editor for Corman, as seemingly almost everyone was at one point or another) keeps the pace fast. You're so busy trying to catch everything, the film has already moved three bits ahead of you by the time you've ingested the first one. So if the last joke didn't work for you, maybe the next one will, and there's not enough space between them to be sure whether you liked it or not, anyway.

Teenagers feel "different" (well, many do, at least). Even among their own peers, feelings of being an outsider are prevalent. This is something the Ramones have always reflected. They were unlike anything else in music at the time. They were freaks, and they capitalized on this to the betterment of all the other freaks around the world. That said, since a film solely about the Ramones being in town for a concert (wouldn't it have been interesting to have this film end like the Stones' Altamont concert? Maybe it does on some level) would probably not be enough to sustain itself (it would to me, but I'm weird like that and besides, it would pretty much be a documentary), we have the romantic subplots of Kate and Tom. Some slight sense of tension is attempted with Tom wanting Riff (even trying to tempt her into one of the finest "shaggin' wagons" I have ever seen) and Kate wanting Tom, but it's all a non-issue, really. We know exactly how everything will play out, and that's just fine and dandy, because when the Ramones are playing, we're all having a blast. Gabba gabba hey!

MVT: I'd like to give it to Woronov for her terrific performance as Miss Togar (just watch her subtle reactions to everything around her, and tell me she's not fantastic here), but I need to give it to the Ramones, if only out of respect for what this band did for rock 'n' roll and in memory of Joey, Johnny, and Dee Dee. Rest in peace, guys.

Make Or Break: The Make is a terrific, extended scene involving a paper airplane flying impossibly throughout the school. It ends in a punchline so grievously bad (delivered by the late, great Paul Bartel), you can't help but laugh and love it.